Tourism not out of the woods yet

You can hear the sighs of relief as every snowflake falls from the sky. You could see it in the smiles of the lifties Saturday — even the thousands swarming Whistler Blackcomb's slopes on the weekend were for the most part smiling.
Feb 22, 2012 8:00 PM By: Clare Ogilvie 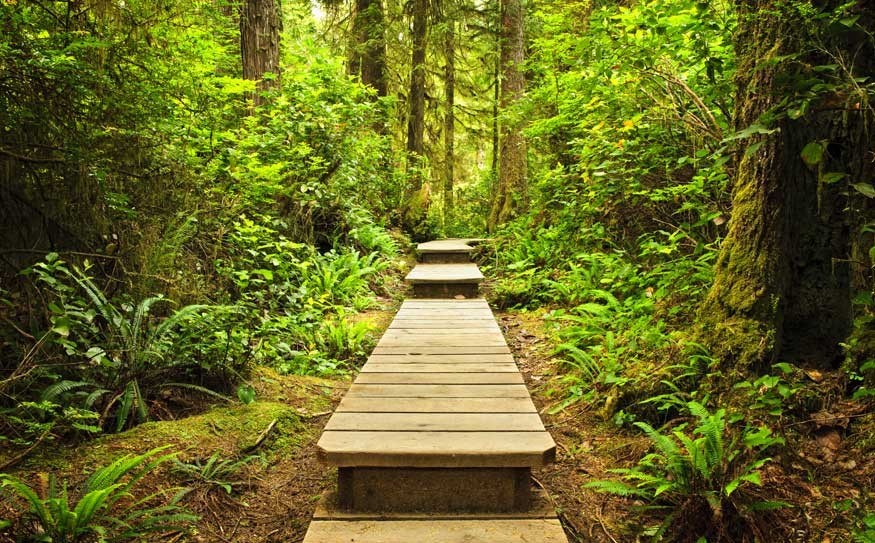 You can hear the sighs of relief as every snowflake falls from the sky.

You could see it in the smiles of the lifties Saturday — even the thousands swarming Whistler Blackcomb's slopes on the weekend were for the most part smiling.

Hotel managers are breathing more easily, restaurateurs and small business owners are putting away their red pens this week, staff is getting hours — everyone is feeling pretty good right now.

With a record setting December and January under our belts we are sliding into Spring Break, and then hopefully a strong Easter break and the Telus World Ski and Snowboard festival.

Last week we even learned that the Mexican visa "issue" might be less of an issue this Easter with all levels of government working to try and make sure it doesn't stop our friends from warmer climes coming to ski.

And on Feb.10 the Tourism Facilitation Action Plan was also announced, which will mean Americans with a single indictable offence, for which they served less than six months in jail, are less likely to be turned back at the border.

This has been a concern for Whistler stakeholders for some time. Border guards have the discretion to turn back U.S. visitors for Drinking Under the Influence charges or even infractions that are historical. Tourism official say this has cost Canada millions in lost revenue. It should be pointed out that those with serious criminal histories will still be subject to Canada's regulations, as they should be.

And it sounds like this week's provincial budget also came with some goodies for tourism including the government looking at the establishment of an industry-led provincial tourism-marketing agency. If such an agency were to be set up it would mean provincial, regional and local stakeholders would all work together on formulating tourism strategy — something the Tourism Industry Association of BC (TIABC) has been pushing for.

"By creating a market-driven regime, we can solidify and strengthen B.C.'s competitive advantage in the world of tourism," said Lana Denoni, TIABC's chair.

You may remember that the crown corporation Tourism BC was scrapped by Gordon Campbell's liberal government just before the 2010 Olympic Games.

In November last year premier Christy Clark unveiled some new strategies to entice travellers from Ontario to B.C. along with a five-year strategy to increase tourism revenues by five per cent a year to $18 billion by 2016.

Could one conclude from this that the former Liberal Plan to internalize tourism marketing didn't work?

The budget also included two other key components for Whistler: the elimination of the provincial jet fuel tax for international flights and a move to modernize provincial liquor standards.

TIABC is reporting that YVR has secured commitments from 22 airlines to expand their service immediately with this tax change.

BC's arcane liquor laws have caused many headaches for Whistler as Pique has reported.

Last week our mayor Nancy Wilhelm-Morden penned a letter to the Liquor Control and Licensing Branch outlining some of the resort's concerns.

"Festivals and special events are an important and growing part of the resort community business and are a cornerstone of Whistler's objective of increasing its average annual occupancy level," states the letter.

"Provincial Liquor Control and Licensing Branch policies can result in inconveniences and uncertainties and delays in obtaining (Special Occasion Licenses) for an event, and this can negatively impact the ability of the resort community to attract visitors and meet their food and beverage expectations.

"Whistler Council requests that the LCLB consider, for certain public Special Occasion Licensed events with Council and RCMP support, allowing people to walk around feely with a drink in areas where minors might be present."

It seems like a reasonable request and it might just be listened to if the pronouncements in the budget are to be taken at face value. Even the BC Civil Liberties Association got on the bandwagon this week calling for regulatory changes so that people aged 19 and over could enjoy a drink at a cinema.

"I've given instructions to get some changes to me so we can look at them and see how they would work," Rich Coleman, the minister in charge of B.C's liquor laws told reporters Monday.

And let's not forget Prime Minister Stephen Harper's rally cry for tourism during his recent China trip — China you may recall gave approved destination status to Canada in 2009. During the past 12 months, more than 240,000 Chinese travellers arrived in Canada — nearly a 25 per cent increase over the previous year.

But while we may be celebrating our good fortune to have snow and patting ourselves on the back – while still looking forward— for a job well done on the marketing side a recent federal report on tourism suggests, as a sector, we are far from out of the woods.

According to Industry Canada documents received under an access-to-information request by Post Media federal officials see Canada's failure to take advantage of a rapidly growing market for international tourism as a key economic challenge facing the country.

Canada has dropped from eighth in 2000 to 15th in 2009 — this despite a trend of expanding world travel. It is expected that by 2020 there will be 1.6 billion people making international trips. The reality is that the competition for the traveller is fierce out there and we are losing out to countries like China and Indonesia.

So the quest to make Whistler irresistible must continue.