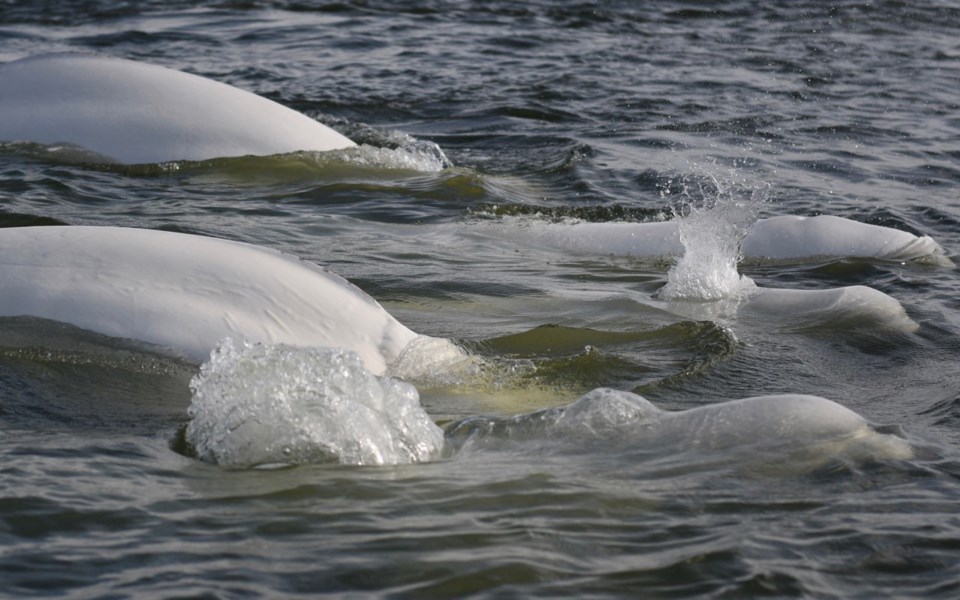 There is little doubt that Whistler has some of the best water in the world.

We only have to turn on the tap to enjoy it—a pleasure and a human right I would argue, though it remains unavailable to millions globally including thousands here in Canada.

Our waterways and our oceans are part of the foundation of our existence, and as Canada, indeed the world, celebrates World Oceans Day on June 8, let's think about what needs to be done to protect them.

The United Nations estimates that about 3 billion people use seafood as a main protein source, and more than 200 million people are employed in work related to marine fisheries. And scientists have estimated that various forms of oceanic life produce somewhere between 50 and 70 per cent of the oxygen in our planet's atmosphere.

But the oxygen is not just important for us—water creatures need it too. The UN's Global Ocean Oxygen Network (GO2NE) recently found that the seas are becoming increasingly oxygen-deprived, and if that trend continues, so will our air, and so will we all.

But it is not just the open oceans in peril.

Closer to home, Canada has the longest coastline in the world, bordering three oceans, each of which is a diverse ecosystem. Think of the Hudson Bay estuaries, which host the world's largest beluga whale calving area. More than 55,000—about a quarter of the world's population—migrate every year from their winter ranges to the mouths of the Seal, Nelson and Churchill rivers.

Currently, the globe is busy protecting the open oceans in an effort to meet international conservation targets—countries have made commitments to the United Nations to protect 10 per cent of marine areas by 2020. Canada is busy being part of this, but what is crucial for biodiversity is the protection of shorelines.

"Coastal waters have a greater diversity of species and face more immediate threats from energy extraction, tourism, development, habitat degradation and overfishing than open oceans," wrote environmental activist and scientist David Suzuki in a column last fall. "For example, coral reefs cover less than 0.1 per cent of the ocean floor but are home to 25 per cent of all marine species."

We also know that our Pacific Coast is vulnerable to greater risks of oil spills from the sevenfold increase in tanker traffic that would come with the Kinder Morgan pipeline expansion. And what about the plight of the 76 remaining resident orcas on B.C.'s South Coast?

We also know that our oceans are choked with plastics.

Scientists believe 80 to 90 per cent of plastics entering our oceans come from land, while some is litter along our ocean beaches most plastics flow down our streams, creeks, lakes and rivers to our oceans.

Think about the pollution in our own waterways—the River of Golden Dreams suffers the yellow-dinghy scourge every summer, and cast your mind back to the incredible amount of waste taken out of lakes every summer in the Great Lakes Clean Up event.

In 2016, the World Economic Forum warned "there will be more plastics than fish in our oceans by 2050 if we continue on the path we are on." We now dump eight million tonnes of plastic into our oceans every year, killing and harming marine life.

What can you do? There are some very simple things to remember. Don't buy any drinks in plastic bottles, carry your own water bottle, recycle all your plastics properly, don't use single-use plastics (bags, cutlery, straws, stir sticks—you get the idea) and try wherever possible not to buy things or food wrapped in plastic.

The power of biodiversity is all around us, not just in our waterways and oceans. While you think about World Oceans Day on Saturday also consider attending Whistler's 13th annual BioBlitz organized by the Whistler Naturalists (BioBlitz is a 24-hour race against the clock to count as many species as possible—mammals, birds, plants, frogs, fish, bugs). Sessions are open to the public all weekend long. To find out more, go to www.whistlernaturalists.ca