The first thing people will probably notice about Microsoft's line of Surface tablets is the price, which is cheaper than the iPad 3 at $499 for the 32GB model.
Oct 24, 2012 9:00 PM By: Andrew Mitchell 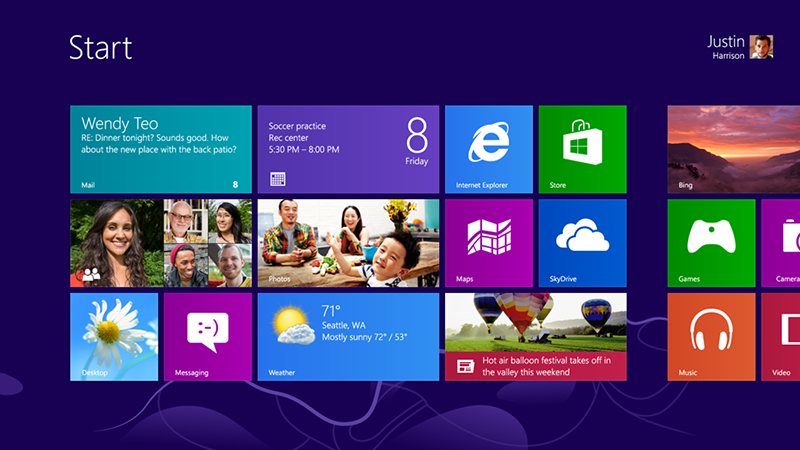 The first thing people will probably notice about Microsoft's line of Surface tablets is the price, which is cheaper than the iPad 3 at $499 for the 32GB model. Keep in mind that's $499 for an unproven piece of hardware, using an unproven operating system that lacks iPad's retina display, battery life, and, most importantly, all those tens of thousands of apps currently available in the iTunes store. Also keep in mind that $500 can buy you a pretty good laptop/ultrabook these days, including an extra battery if that's your rationale for going tablet.

My principal disappointment has to do with the fact that all the demo models showed the Surface connected to a protective cover that doubles as a keyboard, but it turns out the cover is extra — $100 if you get it with purchase, or $120 to $130 extra if you buy after the fact. That's about $30 more than a similar keyboard/cover combo for the iPad.

Considering that a keyboard is a must-have for the Surface (it will come with scaled down versions of Office programs to attract productivity and enterprise users), you're looking at $599 out of the box — just $20 less than the 32GB iPad 3.

Despite the tablet's luxury price, economists at Morgan Stanley are predicting that the Surface will sell about three million units by the end of 2012 and nine million in 2013, cutting into tablet sales by Apple, Samsung and other players.

More competition in the tablet market can only be a good thing, although my heart bleeds for all the software developers that are going to be up to their eyeballs in different developer kits and system specs, and will forced to release the same apps and software for two different aspect ratios, dozens of different resolutions and a variety of different programming languages.

There are a lot of other details that are slowing coming together for Microsoft, and so far I've liked what I've seen. If you're a Hotmail user, you probably noticed the upgrade to the "Outlook" mail service (www.outlook.com) in August, Microsoft's belated attempt to rival Gmail. I have to say they've done a pretty good job — it's clean looking, all of the buttons your need are easier to find and it integrates incredibly well with the new calendar and my Windows 8 Consumer Preview interface. They even went into my Facebook account (I use the two services together) and put birthdays for everyone I know on the calendar (a feature I could turn off by checking a box).

As a service, it's actually pretty great compared to Gmail — more storage (unlimited vs. 10GB), larger allowable attachments (300MB vs. 25MB), "Quick Views" smart filtering, a preview window, the "Sweep" feature that automatically deletes emails according to parameters you set, better integration with Facebook, LinkedIn and Twitter where you can see your friends' updates in your email inbox, and so on. Where it falls down is on the technical side with no IMAP support as of yet — IMAP being one of the most prevalent internet standards for retrieving email next to POP and a feature that's crucial for some email power users. That's not saying Microsoft won't support IMAP soon, but right now it's a key advantage that will keep a lot of users on Gmail.

Microsoft's announcements don't stop with the Surface and Outlook.com. The release build of Windows 8 will be available on Oct. 26, and I think people will be pleasantly surprised despite a lot of negative reviews from people that can't seem to figure it out (hint: it's not that hard). As well, the first Windows 8 phones will be available in November — and there's a fair amount of worry in the tech world over the lack of actual phones to demo and the fact that the companies that got the developer kit to make apps early have been sworn to secrecy. This has led to suggestions that the operating system may not be ready, or could be half-baked at launch.

Microsoft also released a major update to its Xbox operating system last week, which some say makes the interface too cluttered and billboard-y. It does offer a few advantages — you can get rid of Facebook and Twitter apps because you can simply access those services through the web. The "Zune" marketplace has also been replaced with separate marketplaces for video and music, and you can customize your layout by "pinning" the boxes you need into one folder. No word on how it will work with Smart Glass — a new protocol announced by Windows that will allow you to use one Windows device to control another.

All of Microsoft's recent announcements show off the new visual and operational synergy they're trying to achieve between products, where all devices and programs look and work in similar ways. It's an approach that both Apple and Google are already using with a lot of success, although if Microsoft pulls it off — and we'll know within a few months how they're doing — then it's safe to say they may have leapfrogged the competition.