Up on the glacier — summer fun Whistler style 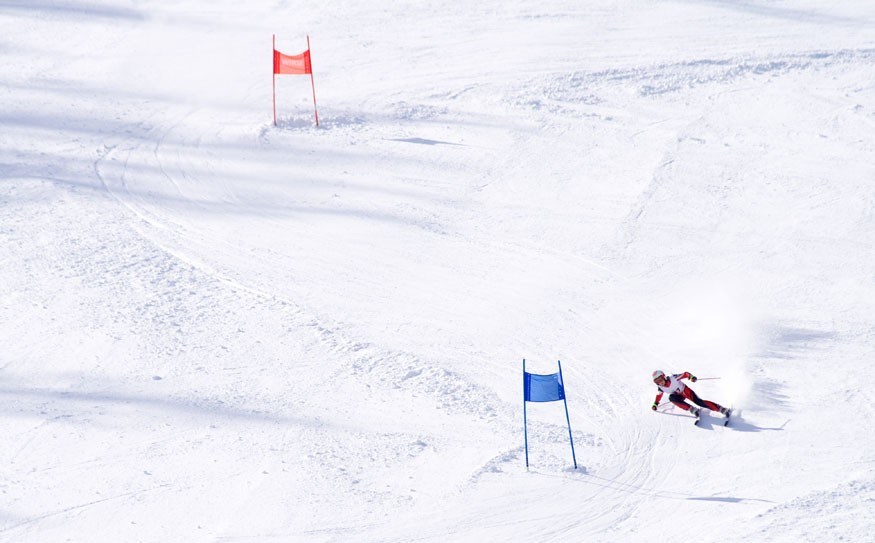 "Developing champions in life and in sport."

Ski racing isn't what it used to be. Once the ne plus ultra of the snowsliding world, it now inhabits a shaky environment where it is merely one of many competitive disciplines that use snow as its medium. And it happened fast. Just look at Whistler. I mean, it wasn't that long ago that ski racing reigned supreme in this valley. World Cup results were heatedly discussed in cafes, homes and restaurants from Function Junction to Emerald.

Today? Not so much. And that bugs Rob Boyd. "Would I be a ski racer now?" wonders the WSMC's sport development manager and former World Cup champ. "I honestly don't know. So much has changed... But I can tell you that it had a really big impact on my life. The lessons I learned from ski racing were invaluable. It wasn't just about winning, you know. It was about life. And now with kids of my own, well..."

Boyd's a quietly passionate man. He mostly keeps his emotions in check — this is not a guy who likes to stir the pot publicly. But his love for ski racing is different. "For sure, I'm biased," he admits. "But there's so much to learn from this sport — discipline and vision and perseverance and patience even. Not to mention love of sliding down the hill on two planks." He laughs. But then gets quickly serious again. "For me, coaching isn't just about creating future ski champions. It's also about creating responsible citizens and lifelong skiers."

In fact, he thinks research on ski racing alumni might reveal interesting data. "It would be so cool to track ski racers after their retirement from the sport and see what their success rate in life was like." He stops. Takes a long breath. " I betcha most of them would be pretty successful..."

It's easy to dismiss ski racing. "Too expensive" is usually the first dart to be thrown in its direction. And there's no doubting it. But here's a little newsflash — all high performance sports are expensive. My kids were swimmers. No big deal right? Cheap. Cheap. Cheap. But not really. Do you know how much those high-tech body suits cost? Do you know how many they needed? And do you know what it costs to get up at 4:15 every morning to drive your kids to the pool? As for coaching fees and pool time and travel expenses — it all came down to the same thing. Lots of after-tax dollars spent on your little loved ones.

It's a very personal thing though. Either you believe that competitive sport is good for the physical/spiritual/emotional development of your child... or you don't.

Still, the financial burden can be overwhelming. Which Boyd knows all too well. After all, this is a kid who grew up in a big family with a modest income; he understands what it means to make sacrifices for your sport. "We do everything in our power to keep costs down at the Club," asserts Boyd. "We're totally committed to making ski racing more accessible." With that in mind, he adds proudly, the WMSC program fees have been reduced by 10 per cent for the 2012-13 season. Big deal, you say. And sure, 10 per cent may not sound like much. But in all my years of sport involvement — as an athlete, coach, journalist and parent — I've never heard of a sport-club reducing its program fees. So to me, that's true progress.

But I'm getting side-tracked again. I'm supposed to be talking about summer camp on the glacier. And on this day, it's snowing heavily up there. "Yeah," says Rob in-situ. "At least a couple of centimetres since I've gotten up here." He laughs. "Powder skiing in July..."

The Club's summer on-snow program is about to begin. This year's camp has been stretched across four weeks this month — broken down into four five-day blocs. And Rob's just making sure all the T's are crossed and the I's dotted before his charges arrive. "You know how it is," he says. And laughs again. "It's about getting all the little details covered. This job's never done..."

But seriously. Your kids could do worse than pick ski racing as their sporting passion. Think about it. Most competitive skiers have to crisscross the globe in search of off-season snow. For WMSC kids it's right there in their backyard. And the weekly costs for the camp are surprisingly reasonable. "We're pretty happy with the way it's played out," explains Boyd. "Skiers pay $625 per five-day block. You attend as many blocks as you wish..."

To put it in perspective for me, Boyd tells me about a proposed August camp on Oregon's Mt Hood budgeted at twice that! "The number — and quality! — of the coaches here this month, the way we've structured the program this year, the attention to detail: our Whistler camps are an incredible value for the athlete."

It's a subject he takes very seriously. "When I first came to the club," he says, "I started looking for ways to cut costs. I asked myself all sorts of questions. Do we really need to be on snow all summer? What about really athletic and innovative dryland camps that take advantage of our mountain terrain?" He sighs. Takes a long time to continue. "You know, sometimes you have to ask the questions... After researching the subject in depth, I finally came to realize that the sport-specific aspects of ski racing are so difficult to replicate off-snow that our summer glacier camps are indeed irreplaceable."

Coaching — and the development of local-grown professionals — is another subject that Boyd lets himself get passionate about. "Our vision at the club is to create an affordable high performance program that's capable of delivering a local athlete straight onto the national team," he explains. But to do that, he says, you need top-level professionals at every level of the program who are completely committed to that vision. "It starts right at the top," he says. "If your coach is keen and hard-working and disciplined and innovative, chances are you'll start acting that way too." He smiles. "I'm confident our coaches have bought into our vision..."

And this month's camp, he adds, is a perfect showcase for that. "We've got an incredible team up there this month. I think the racers will be really well served."

Take former B.C. Team member Ryan Jazic. Voted B.C.'s FIS coach-of-the-year for the second-time running, Jazic's job at the WMSC is to prepare 16-and-older skiers for the big leagues. Within the club, his athletes are at the top of the pyramid. From here it's the provincial and national teams... and increasingly, elite university teams. "Ryan's the guy for the job," says Boyd. "He knows what it means to ski at that level — but more importantly he knows how to get his racers to ski to that level too."

Jazic is ably assisted in his duties by Kayla Benbow. Another local athlete and elite ski racer, Benbow studied in sport psychology and recently completed her elite coaching certification (The CSCF 'performance level'). "She and Ryan make a great team," says Boyd. "Probably one of the best in the country..."

The Under-16's will be handled by the always — (or nearly always) — smiling Jeff Maclennan. A veteran coach on the WMSC staff — "a great communicator," says Boyd, "with a really good technical eye" — Nova Scotia born Maclennan is now as West Coast as they come. And no one loves to talk ski racing like Jeff.

His assistant this year is another long-time WMSC coach, Christine Kohls. "Really organized," says Boyd, "and really knows her stuff. She gets good respect from all the athletes."

And then there's the inimitable Jordan Williams. "He's come down from the FIS program to head up the Under-14's," explains Boyd. "And I think it's working really well. This is a guy who really loves to ski. And for this age group, I think that's critical." [note: he's the "Jordan" in Whistler Mountain's legendary double-cliff leap, Air Jordan].

Williams will be working with Hal Gunby this summer. A WMSC stalwart who came up through the ski instructor ranks, Halby (who normally works with the Under-16's) is "a solid, consistent coach," says Boyd. "A strong program supporter."

Which leaves X-Games golden gal Aleisha Cline taking care of the Under 12's. "It's not a big group, for obvious reasons," says Boyd, "so she'll be working alone on the glacier." He laughs. "Kids love her, you know. She's so enthusiastic and outgoing. She can really turn those kids on."

I was hoping there'd be room to talk about some of the racers attending the camp too. Young guns like Max Peiffer, Riley Seger, and Stefanie and Katie Fleckenstein; up-and-comers like Cam and Kyle Alexander, Finn Iles and Kasper and Maja Wooley. But I guess that will have to wait another day. Alas, I've run out of space once again.

OPINION: Horgan’s election call is ill-timed and opportunistic
Sep 21, 2020 3:02 PM
Comments
We welcome your feedback and encourage you to share your thoughts. We ask that you be respectful of others and their points of view, refrain from personal attacks and stay on topic. To learn about our commenting policies and how we moderate, please read our Community Guidelines.