Every day is Remembrance Day for our veterans. That's worth keeping in mind as you go about your daily routine.
Nov 6, 2019 11:00 PM By: Clare Ogilvie 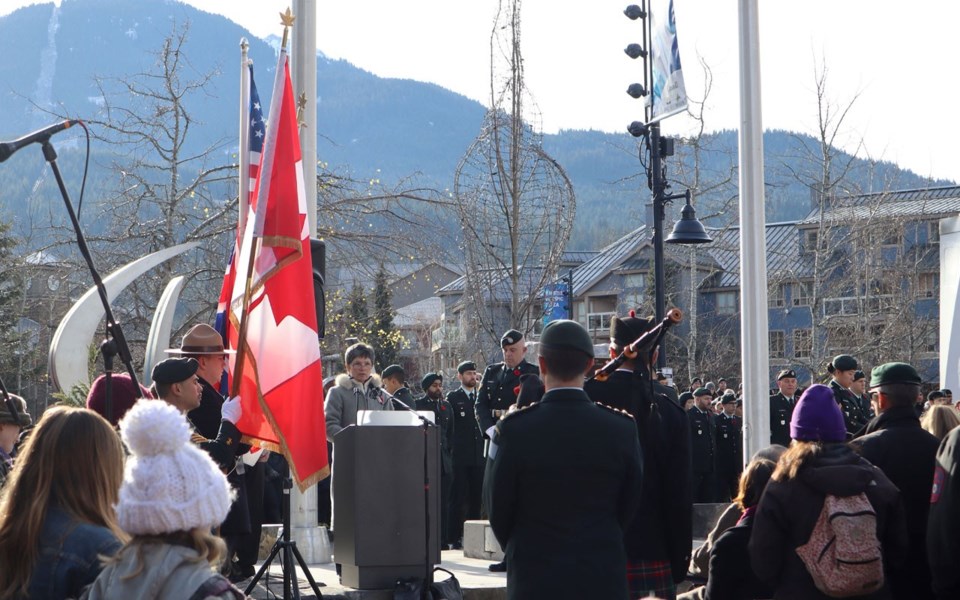 Every day is Remembrance Day for our veterans.

That's worth keeping in mind as you go about your daily routine. Imagine for a moment that, as you fire off that important work email, wrap up a presentation and pick the kids up from school, you found your mind suddenly focusing on friends killed in combat, or the struggle to get financial support from our government, or the words of a therapist helping you find reasons to live.

That is reality for many veterans.

I had hoped that federal election would have tackled some of the ongoing issues faced by veterans with solid plans put forward by the various parties to help.

But the issues barely graced the platforms.

Now, here we are with the Liberal Party back in power—a party that is still struggling to deal with the broken 2015 election promise around the idea of a pension for life.

That promise left many former soldiers with the impression that there would be a wholesale return to pensions-for-life, and that the terms would return to the former Pension Act. It has not worked out that way, with the Parliamentary Budget Office commenting that the program will only be slightly more generous than the one it replaces, but not a match for the pre-2006 system.

Indeed, veterans have been weighted down by decisions made in Ottawa by the previous Conservative and Liberal governments. Under the Harper Conservatives, Veterans Affairs offices were closed and workers laid off. After the 2015 election, the Liberals re-opened some offices and hired staff, but the backlogs remain and are substantial. Tens of thousands of veterans are waiting for disability benefits.

Many veterans still feel stung by the words of Prime Minister Justin Trudeau at a 2017 townhall meeting where he said former soldiers were, "asking for more than we are able to give right now."

Said Brian Forbes, chair of the National Council of Veterans Associations, "The outrage from that comment is still palpable.

"There are veterans who've never forgotten that exchange."

Imagine if those who serve used that retort when asked to put their lives on the line.

This time around, Trudeau has made new promises to our veterans focusing on wellness and moving away from the issue of pensions.

He has offered veterans up to $3,000 in free counselling services before a disability claim is required, the most common disability applications (depression, post-traumatic stress disorder and arthritis) will automatically be approved, there will be outreach to every Canadian veteran to make sure they get effective and timely mental health help, and $15 million has been committed toward building new, purpose-built accessible and affordable housing units.

Every year, about 3,000 veterans of the Canadian Armed Forces and the RCMP use the services of an emergency shelter—what they need is not barrack short-term housing, but a place where they can get their lives back in order and feel supported.

Nearly two out of five veterans report some form of mental-health challenge—nearly double the Canadian average, but today, only about 10 per cent of veterans who need mental-health support get the help they need from Veterans Affairs Canada.

Let's hope, and press for, the Liberals to keep their promises on this front to our veterans.

Canada has a social contract with those who serve on the frontlines, whether it is the military or our other service-related agencies.

Our government needs to honour that contract.

As we gather this Remembrance Day at our cenotaph, now located at Olympic Plaza, let's step out of our comfort zone and try and imagine what it must be like to experience war and violence. My hope is that considering this will make each of us more open-minded, welcoming and considerate of those who have experiences that change their lives.

Canada has so much to offer; with peace one of its greatest assets. Cherish that this Nov. 11.