'War in the Woods' 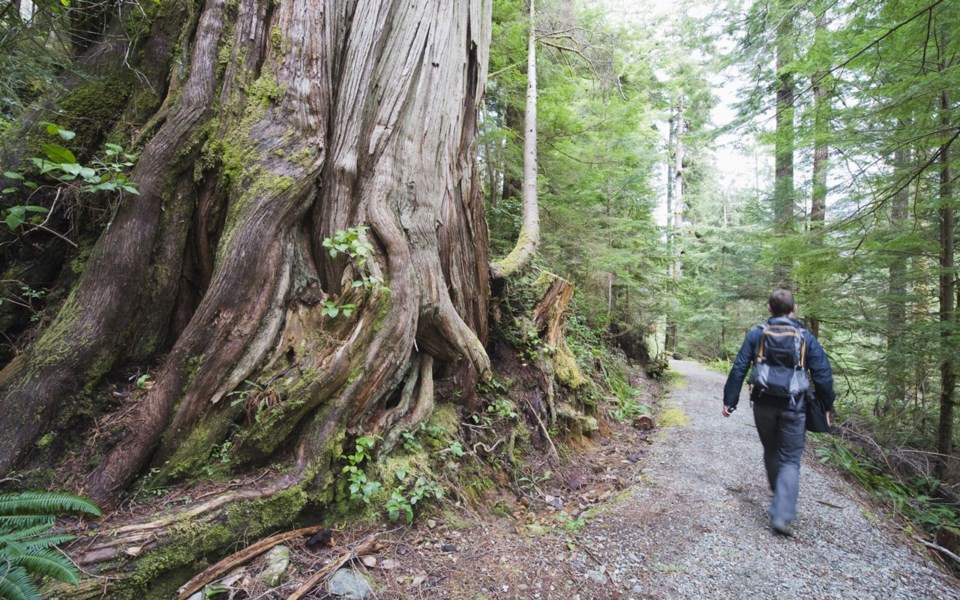 I first gave money to environmental groups back in the 1980s when I had none to my name. It was one of the best investments I ever made.

Never one to suffer solicitous strangers, the parade of earnest folks who came knocking while I was a graduate student in Waterloo, Guelph and Toronto were a different and more persuasive breed. Though I empathized with causes like panda conservation and biodiversity loss in the Amazonian rainforest, these door-to-door diligents presented an issue of comparable urgency and scope closer to home: the wanton destruction of British Columbia's old-growth rainforests by rapacious logging companies and a province rabid for revenue at any cost. Thus, a parade of sandaled, bearded emissaries slung with colourful Central American wool satchels found succour on my doorstep, flipping through binder photos of behemoth trees and sign-riddled blockades from our country's West Coast.

Though the imagery was compelling, it wasn't exactly a revelation. This was also the stuff of national—and often international—news at the time. But being an evolutionary ecologist who'd seen firsthand the inexplicable clearcuts of B.C.'s scant remaining old growth and who well understood the ravages of anachronistic forest practices, I was predisposed to join the fight. Thus I came to revere battlegrounds like Haida Gwaii's South Moresby, and Vancouver Island's Carmanah Valley, Meares Island, and Clayoquot Sound; my frontline heroes comprised Haida and other First Nations, the Western Canadian Wilderness Committee, and the Friends of Clayoquot Sound; the enemies were forest companies like MacMillan Bloedel and toady governments who facilitated them. I dutifully signed on to receive newsletter updates and copies of related government documents. I read a lot. I got angry. From afar I cheered on the thousands who gave enough of a damn to fight for these last redoubts of coastal biodiversity, thousands of years in the making.

Despite sympathy for the loggers—people just trying to make a living and mostly caught in the middle—it was hard to fathom the industrial-level hubris required to fell a 1,000-year-old tree with a clear conscience, or the seemingly bizarre entitlement of those who (Grant Hadwin—anti-hero of John Valliant's The Golden Spruce notwithstanding) would continue this conceit until the last giant lay dead on the forest floor. The fight that most encapsulated this to the world took place 27 summers ago.

On April 13, 1993, after a decade of logging embroilments in the area, and despite zero First Nations consultation, B.C.'s NDP government of the day announced a land-use decision for Clayoquot Sound it believed would balance environmental, economic and social needs. On paper it reduced the annual allowable cut by a third and took back 95,000 hectares from forest companies which, added to existing set-asides, protected 33.4 per cent of the land base and sequestered a further 17.6 per cent in "special management areas." This fooled no one, as everyone understood 66 per cent of the area remained open to logging. This sparked a massive protest that saw Clayoquot Sound become another symbol on the international map of all that was wrong with industrial logging—a touchstone for a change in forestry practices that would preserve some of what should be heritage birthright for all British Columbians.

Over the summer, the region became the beating heart of a widespread environmental awakening, inspiring large-scale peaceful actions and engendering a strategy since utilized in environmental campaigns around the globe. In addition to government and logging companies, protestors targeted global corporate customers of B.C. wood and paper products, costing the province millions. The scofflaw industry circled its wagons, but to no avail.

Although the protests wrapped in October 1993, the so-called "War in the Woods"—Canada's largest-ever act of civil disobedience—saw 12,000-plus protesters, 856 arrests (300 in a single day), visiting celebrities like Robert Kennedy Jr., and a spontaneous concert by politico Australian band, Midnight Oil. While the fight drove a wedge between neighbouring communities like Tofino and Ucluelet, polarization eventually deliquesced into important accomplishments and breakthroughs: the Clayoquot Sound Scientific Panel for Sustainable Forest Practices led to B.C.'s first forest-practices code; Clayoquot's First Nations signed a groundbreaking agreement under the province's new treaty system; and the protests had a major influence on global environmental movements, including the Great Bear Rainforest, tarsands, and anti-pipeline campaigns.

As a British Columbian of two decades now, the most important upshot to me was how forest areas I now enjoy and recreate in across the province were saved from the feller by the War in the Woods—a winning cause I couldn't be prouder to have donated to.