RANGE ROVER: Waste not, want not 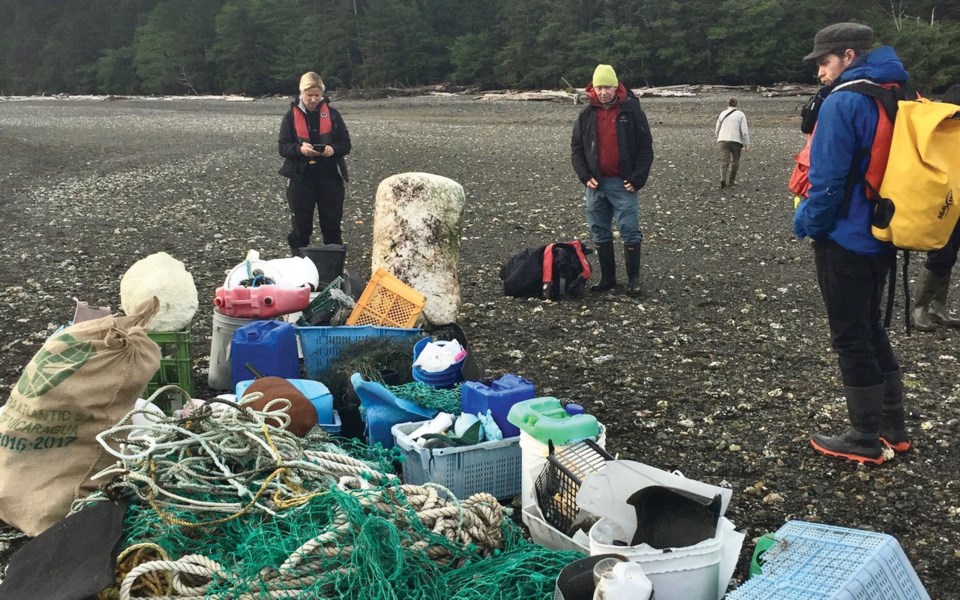 Back in August, while governments across the country twiddled their thumbs over economic recovery and how best to activate the abundant idle capacity created by the pandemic, a unique partnership launched along the British Columbia coast—an effort that successfully created jobs while simultaneously protecting the waters that support so many other forms of employment. It was probably Canada’s best COVID response plan—a model for the times, and an encouragement for ongoing endeavours.

The Clean Coast, Clean Waters (CCCW) initiative fund aimed to aid small-ship tour operators, First Nations, local communities and others through a $3.5-million cleanup of marine debris and plastic waste from the central coast, including the Great Bear Rainforest. The cleanup alone was worth the investment, but by also creating jobs, strengthening Indigenous partnerships, and supporting tourism-reliant coastal communities amidst the COVID-19 economic downturn, it fit perfectly with the government’s broader Pandemic Response and Economic Recovery initiative.

Though few need reminding of the background for this, here it is: globally, a garbage truck’s worth of plastic waste enters the ocean every minute—some 8 million tonnes each year; in 2019, the Great Canadian Shoreline Clean-up removed 163,505 kilograms of debris across the country, almost quadrupling 2018’s 47,076 kilos. Almost half (77,836 kg) the 2019 total was removed from B.C. shorelines.

Of course, if you’re thinking, “the government isn’t that smart—it can’t be just them,” you’re right. It’s no secret to anyone that B.C.’s coastal environment is the province’s greatest single tourism asset, attracting visitors from all over the world. But we can give the government credit for a willingness to listen and innovate, and to do so by responding to a strong public call to action from coastal communities. The listening was largely done by Sheila Malcolmson, MLA for Nanaimo, Special Advisor for Marine Debris Protection, and Parliamentary Secretary for Ministtry of Environment and Climate Change Strategy’s February 2020 report What We Heard On Marine Debris In BC. The report outlines the many challenges of removing marine debris on the coast, from logistics and costs to the complexities of collection, transportation, and disposal.

As a first-time cleanup of this scale, George Heyman, Minister of Environment and Climate Change Strategy, also saw it as a great example of how our environmental and economic futures can and must be built on partnerships and reconciliation. As such, it was the first in a series of CCCW initiatives to create jobs for tour operators, cleanup crews, community educators and specialized positions like oceanographic data collectors.

Administered by the Wilderness Tourism Association of BC, the Small Ship Tour Operators Association (SSTOA) conducted two marine debris removal expeditions of 21 days each, involving nine vessels from various marine-based tourism operators. The ships were fully provisioned and self-sufficient to avoid contact with remote communities. Over 100 crew, including scientists amassing various types of information, inspected and cleaned 1,000 kilometres of remote shoreline around 100 small islands. Supported by a tug and barge for debris collection and storage, as well as a helicopter, as much material as possible was recycled, reducing the amount sent to a landfill in Port McNeil.

According to Kevin Smith, president of Maple Leaf Adventures and a leader of the initiative, “When it became clear to operators that we’d all have to cancel a sold-out season, we asked ourselves how we could use our skills to protect the environment that sustains us.” The CCCW was the answer. “It’s really rewarding to work with our colleagues, First Nations communities, the Wilderness Tourism Association and the Province of B.C. on projects that help the ocean we love and support our industry during this unprecedented time.”

For another initiative leader, Bluewater Adventures director, Randy Burke, it also fit the company ethos. Operating since 1974, Bluewater is an eco-tourism pioneer with conservation and education as its backbone, committed to carbon neutral operations with memberships in 1% for the Planet and Sustainable Tourism Canada, and that fosters longstanding partnerships with coastal First Nations.

“Everyone we talked to loved the idea of getting boats and crews back to work and doing something positive for the coast. I’m grateful the government was able to respond so quickly [to] make it happen,” said Burke. “Marine plastic is a huge issue on this coast and the planet. These expeditions certainly made a difference, but the problem is far bigger. We all need to be conscious of choosing sustainable options that support our collective future.”

Far from roads and communities, the Great Bear Rainforest’s outer coast is strewn with reefs, making working there challenging. But the tour companies had the skills and vessels to tackle the rugged work.

“In these trying times, [it was] a rare opportunity and a good news story,” said Doug Neasloss, Stewardship Director with the Kitasoo-Xai’Xais Nation. “Marine debris is an ongoing challenge and a removal initiative of this scale is an undertaking that will provide significant environmental benefit to Kitasoo-Xai’Xais territory and beyond.”

The two expeditions spanned six weeks and had expected to collect 75 to 100 tonnes of marine waste. When the second one wrapped in September, however, some 127 tonnes of Styrofoam, plastics, and derelict fishing gear (representing half the total) had been removed.

Based on the amount of junk encountered, all partners agree that they hope it becomes a government-supported initiative on a more frequent basis—a reminder that building back better includes a little cleaning up.

Rising number of Canadians ready to rethink country's relationship with the monarchy: poll
Mar 1, 2021 6:00 AM
Comments