We must bear with each other

If there were ever a time to realize that it's up to everyone to protect vulnerable species, this would be it.
Nov 2, 2016 6:00 PM By: Clare Ogilvie 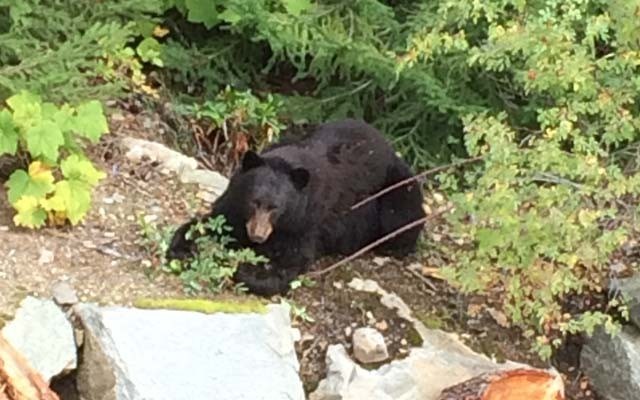 If there were ever a time to realize that it's up to everyone to protect vulnerable species, this would be it.

Last week, the World Wildlife Fund, an environmental advocacy group, released The Living Planet Report 2016, which documented the state of the planet — including biodiversity, ecosystems, and demand on natural resources — and what it means for humans and wildlife.

It found that populations of vertebrate animals — such as mammals, birds, and fish — have declined by 58 per cent between 1970 and 2012. And it said the world is witnessing the largest drop in freshwater species: on average, there's been a whopping 81-per-cent decline in that same time period.

The causes? Nearly all human related ranging from climate change to habitat destruction.

The report could be simply viewed as a remote document affecting exotic species like elephants.

But at the very same time the world was captured by headlines from the WWF report, we learned that the local Conservation Officer Service (COS) branch, tasked with protecting and conserving our environment, was no longer willing to act as a partner with Whistler's leader in bear protection, the Get Bear Smart Society (GBS).

According to a Facebook post on the Get Bear Smart site the "(BC Conservation Officer Service) will no longer be providing the Get Bear Smart Society with any information to help or inform bear smart educational programs. The reason given was that Get Bear Smart has not been 'supportive' of COS actions."

This knee-jerk reaction was likely in response to Pique's article last week, which quoted GBS's Sylvia Dolson calling out the COS for failing to abide by a 2016-17 Letter of Agreement signed by all the bear-protection stakeholders to keep each other informed and be transparent and accountable.

According to this agreement, the COS is to give weekly updates to the GBS and other partners including the RCMP, municipal staff, and the Whistler Bear Advisory Committee. The COS was also to provide monthly reports containing statistics on bear-related activities.

Dolson told Pique that the GBS hasn't received any information since May, though some information has been shared with the municipality.

Indeed, being transparent and accountable are part of the COS's government mandate.

A COS guiding document says: "For the COS, our vision means making informed decisions that respect the goals and objectives of government and the Ministry of Environment while communicating openly and honestly.

"It will require an engaged leadership and a healthy work environment that is based on respect, trust, open dialogue and, most importantly, teamwork.

"We are accountable for our performance in light of our authorities, duties and responsibilities. We commit to measuring, achieving and reporting results and to using public dollars wisely."

The GBS's role is to advocate for the bears. It would be unreasonable for the COS to expect the Get Bear Smart organization to support it all the time. But what both organizations need to do all the time is communicate. When situations are challenging, that is when true dialogue is needed.

Whistler does not want its bears needlessly killed. No one believes that COS officers want to kill the bears, but it is hard to understand the killings without a full picture around why a bear, and perhaps its cubs, are euthanized.

The town has put its trust in the GBS to protect our bears along with its partners — it represents our issues, so to learn that it may not be getting the information needed to help keep Whistler a Bear Smart Community is concerning.

As Whistler and indeed the world face the growing dilemma of how to keep our animals and our environment safe, we must all work together.