We all know it is going to snow. It always snows. Sometimes it is earlier than expected and sometimes it is later than we hope ...
Nov 21, 2018 5:00 PM By: Clare Ogilvie 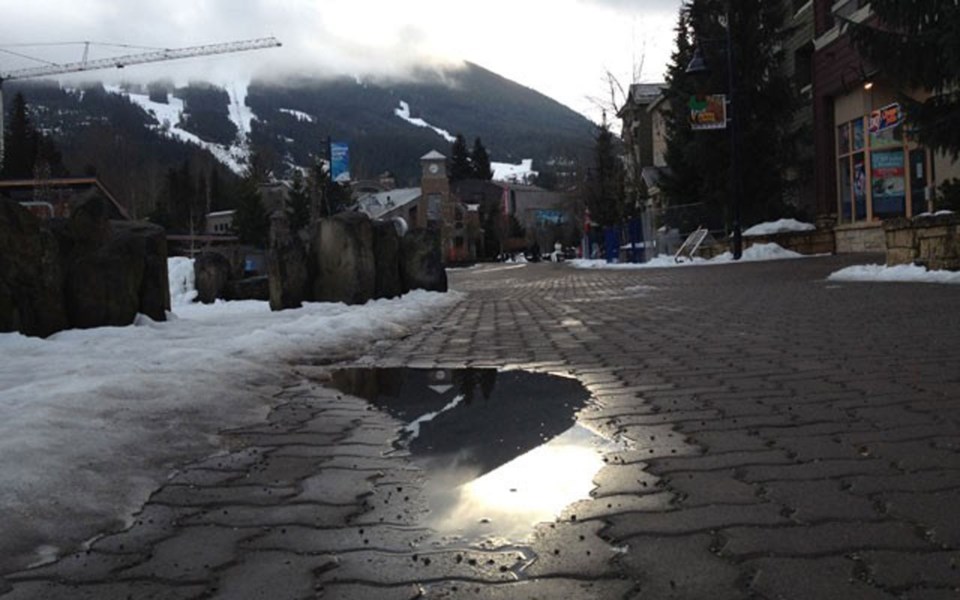 We all know it is going to snow.

It always snows. Sometimes it is earlier than expected and sometimes it is later than we hope ... but one day, we wake up and the blanket of white that creates a whole new world of adventures for us finally stays on the ground and weighs down the evergreen branches of our gladed runs.

Despite the lack of snow in the valley, hundreds will no doubt line up for Opening Day, and while it might not be the greatest of ski times, most, nevertheless, will head to après feeling like the season is finally underway.

It's been almost 15 years since coverage on Whistler and Blackcomb was this thin—even with snowmaking, which has been challenged by temperature inversions—there is only a 25-centimetre base. Here's hoping that as you read this, weather forecast predictions are coming true and it is snowing.

This time last year, we were enjoying awesome early-season conditions with just about everybody trying to figure out how to duck out of work to get up Opening Day. This week, most locals will give it a pass. (WB employees have no choice but to give it a pass as Vail Resorts has banned workers not on duty from skiing and boarding to preserve the few open runs.)

This opening week is a reminder that Mother Nature can be a fickle boss and it has brought home in a concrete way some of the words shared by Vail Resorts CEO Rob Katz in a sit-down interview with Pique earlier this year. During the wide-ranging discussion, he defended Vail Resorts' business strategy of forcing everyone to buy their passes early, and having a cut-off date for sales in line with opening weekend.

When announced, this was a big change for WB users and many reacted negatively to the policy. It is, explained Katz, a way to insulate the entire company from tough times, just as we are experiencing now.

Last year, WB was open and making money to support the operations without snow in Vail Resorts' western U.S. resorts. This year, I guess it is our turn.

Said Katz in his Pique interview: "Honestly, if you look back at the ski industry in the '70s when there were a few bad years, ski resorts had to do really Herculean things ... to stay afloat. Our company and many others have been able to avoid that, even during tough years. So having that geographic diversity, where if there's bad weather in one place, you have good weather somewhere else, (is essential)."

He also supported this strategy during a press conference on the second-quarter fiscal results, which ended Jan. 3, saying: "Despite these difficult (weather) conditions, our results were generally in-line with our performance last year, which we believe reinforces the stability of our business model that is focused on advanced purchase products led by our season pass, destination-guest-focused marketing strategies and our geographically diverse resort network."

Snow in Colorado has made it possible for Breckenridge, Vail, Keystone and Beaver Creek to all open early. Heavenly, Northstar, Okemo, Stowe and Afton Alps are all now open as well and Park City, Crested Butte and Kirkwood will open this weekend. Mount Brighton, Stevens Pass, Mount Sunapee, and Wilmot will announce their openings in the near future.

These tough weather times also refocus us on having activities that are not weather dependent. WB's Renaissance plan for an indoor water park are gone for good under Vail Resorts ownership, leaving questions around how Whistler might reinvent its valley offerings as climate change will, in all likelihood, mean more and more "green" winters in our non-alpine areas.

Various studies suggest that precipitation will continue, but that a greater and greater percentage of it will fall as rain at lower elevations in ski resorts.

This year, Vail Resorts has significantly invested in on-mountain product at WB with three major components as part of a $66-million project—the Catskinner chairlift upgrade, with increased capacity from three to four per chair; the Emerald Express chairlift upgrade increasing capacity from four to six; and the new 10-person gondola on Blackcomb Mountain.

While many complained about installing a gondola from the base of Blackcomb Mountain, I suspect in the coming years that many will appreciate the protection it will offer from rain!

So the question we need to focus on is what can Whistler, the town, do to stay attractive and relevant to winter guests when snow sliding is not an option?