PIQUE'N YER INTEREST: Whistler is having a conversation around mental health that is long overdue 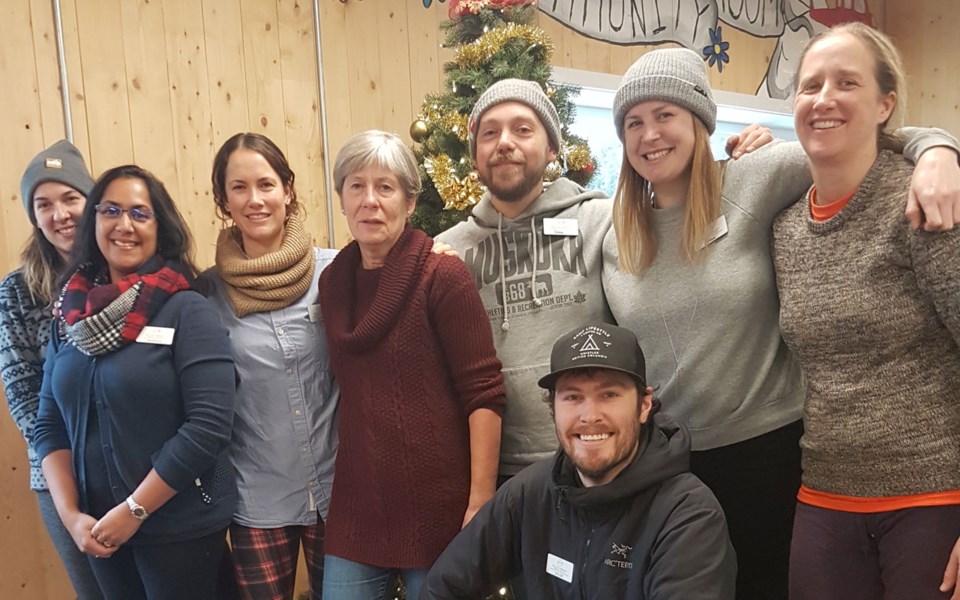 Organizations like the Whistler Community Services Society, whose staff members are pictured, have done important work to change the tenor of the conversation around mental health locally. Photo submitted

For as harrowing, exhausting and stress-inducing as the COVID-19 pandemic has been, it has, like other times of extreme upheaval throughout history, also served as a reminder of the ways both big and small that we can take certain elements of our lives for granted: Family, health, downtime, the importance of striking a healthy work-life balance.

One hopes that these hard-won epiphanies will stick once this is all over. Hearing the relentless calls for justice and equality, both within our own borders and around the world, I’m optimistic that the legacy of this tumultuous period will be felt long after a vaccine arrives.

Another promising shift that has seemed to accelerate during the pandemic has been the ways in which we talk about mental health. We all know the devastating and widespread impact all this uncertainty has had, but the ubiquity of these stresses across our society has also exposed the challenges of managing our well-being to those who may not be used to navigating them.

I see the shift in Whistler, too, a place that hasn’t always been conducive to open and honest discussions about mental health. I’ve written about this before in this space, but when I first landed in town as a cub reporter in my mid-twenties, I was immediately faced with the reality that Whistler wasn’t the Shangri-La I had expected moving to the winter mecca of North America. I wasn’t much of a skier, and still am not, which, especially in the early aughts when I arrived, ran counter to Whistler’s very raison d’etre.

You don’t ski or bike?, the incredulous local would ask me time and again, which was inevitably followed up by: So, uh, why are you here then?

It was such a minor but regular encounter that I couldn’t help but internalize it. Why was I here? And more importantly, why wasn’t I happy?

It was that shame, the sense that something must be wrong with me if I couldn’t find joy in paradise, which initially prevented me from seeking the help I needed. Sprinkle in a dose of internalized toxic masculinity—exacerbated by the bro culture inherent to a sport-focused town like Whistler that tells you therapy is a sign of weakness—and it took me hitting rock bottom to finally make the call to a counsellor.

But what makes me even happier is seeing so many locals come to the same long-overdue realization I did: that it’s OK to not be OK.

The proof is in the numbers. Like other social-service providers across the country, Whistler Community Services Society (WCSS) has seen an understandable explosion in demand for its services, most notably from locals who haven’t had to access its support before. Taking that first step is no small feat, even during times of widespread societal crisis, and I applaud anyone who has built up the courage to ask for help. I think we can all agree it takes incredible strength to not just want to get better, but to definitively act on that desire.

WCSS and other local non-profits, like the Whistler Blackcomb Foundation, the Kelty Patrick Dennehy Foundation, Zero Ceiling, the Whistler Community Foundation, and Sea to Sky Community Services, have done such incredible work to normalize mental-health issues that it finally feels like the conversation is moving from out of the shadows.

That was evident in March at the beginning of the pandemic when 24-year-old local Krystal Bonvie shared her struggles—which included a recent suicide attempt—with the 32,000-plus members of the Whistler Winter Facebook group. The post, raw, vulnerable and brave, elicited dozens of supportive comments and stories from others going through similar experiences.

The outpouring took me for a loop; accustomed to the vitriol and snark regularly found on social media, I had anticipated a less understanding response. Instead, I was heartened by the compassion this wonderful community demonstrated.

So while I certainly don’t wish the mental and emotional toll that the pandemic has wrought on anyone, I know there is a silver lining to be had: the kind of empathy and understanding that can only be engendered through lived experience, two qualities the world could use a hell of a lot more of right now. Now, it finally feels like we’re ready to have the kinds of conversations around mental health that we should have started a long time ago.