Whistler is for everyone

So this happened. "We don't necessarily want people who are coming up for a day, packing a bag with their lunch in it, and not really appreciating the mountain culture that we have.
Oct 11, 2017 6:00 PM By: Clare Ogilvie 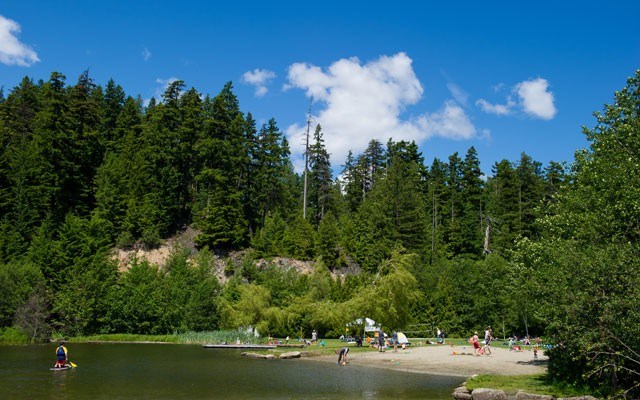 "We don't necessarily want people who are coming up for a day, packing a bag with their lunch in it, and not really appreciating the mountain culture that we have."

The story this quote was part of, posted to CBC's digital news site Oct. 6, became the talk of social media for days — in fact, it is still going strong around town.

In case you missed the storm of comments, the story is about "overtourism" and the main source is Whistler's mayor Nancy Wilhelm-Morden — the above quote can be attributed to her.

One hundred and sixty-one people remarked on the CBC website before comments were closed, and most were pretty upset with our mayor.

"I'll visit towns that are happy to have me, there are many out there, just as beautiful, if not more so, than your town," said one commenter.

Another one wrote: "The mayor doesn't want day-tripping riffraffs from the Lower Mainland, but she doesn't mind it when these same people help pay for the $600 million Sea to Sky Highway upgrade."

Our own social-media forums were full of a healthy dose of comments about the story, too.

The subject of the CBC story — how much busier can Whistler get before it reaches a tipping point — has been much in the news recently, and has been the subject of this space in Pique along with stories and letters to the editor as well in the last few weeks.

It's an emotional topic as the community tries to cope with its busiest winter and summer seasons on record — back to back — while also keeping our sense of wonder alive for the incredible place we call home.

The mayor's comments were blunt, and for most caused a sort of delayed shock reaction to see such thoughts voiced in black and white.

But if we are honest, they are thoughts and comments that have been shared plenty around town in the past several months.

For the last two years people have been raising concerns about the number of people coming to the Sea to Sky corridor to recreate — not just here but all the way from the North Shore, to Squamish, to Whistler and beyond to Pemberton and Joffre Lakes.

Our roads and the Sea to Sky Highway are bumper-to-bumper almost every weekend — this last weekend was no exception, with plenty of people taking to social media to complain about it.

But what was more problematic in the story were the quotes around Whistler being an economic driver of the province. This is totally true, by the way, but favouring one type of visitor over another is not good business. Check out the 2016 Updated Summary of Key Findings and Economic Planning Report. This report uses data to show that:

• $1.53 billion in annual provincial GDP is generated by consumer spending in Whistler — an increase of 5.6 per cent per year since 2011-12;

• 85 per cent of consumer spending is generated by visitors;

• 25 per cent of B.C.'s total tourism export revenue is generated in Whistler —an increase of 3.5 per cent per year;

In the CBC story, the mayor said: "We have a significant machine that has to be fed, and if people are driving up to Whistler for the day... that's not going to sustain our (read B.C., not Whistler) economy, not by a long shot."

Wilhelm-Morden went on to say, "Just come up — and really enjoy this place... And do so over several days."

Wince... but wait a second... Officials with Vail Resorts-Whistler Blackcomb have said the same thing recently — they are focusing on selling Epic Passes to destination skiers over Edge cards to local skiers.

Let's remember that the tax dollars Whistler produces don't come right back to resort so that all we residents live in the lap of luxury — they go into provincial and federal coffers to help pay for roads, schools, parks, healthcare, and so on. If Whistler falters, the decrease in revenue is felt everywhere, not just here.

Whistler is not apologizing for being stressed out right now. Hosting close to 3 million visitors a year is hard work — work we are very glad to do and fortunate to have.

We are asking that everyone work together to find a way to respect and honour the resort and indeed the whole corridor and the wilderness we recreate in.

Pointing fingers of blame at different tourist segments is not going to bring solutions to the table in addressing resort concerns, whether they are Whistler's, Tofino's or indeed Vancouver's.

Whistler is getting ready to put on her white mantle of winter magic — come and join us — all we ask is that you treat our home as if it was your own.