Adapt or die. We have all heard those words before and generally the idea gets a nod, a mindless sort of agreement statement and then it's on to the next thing.
Sep 25, 2013 9:00 PM By: Clare Ogilvie 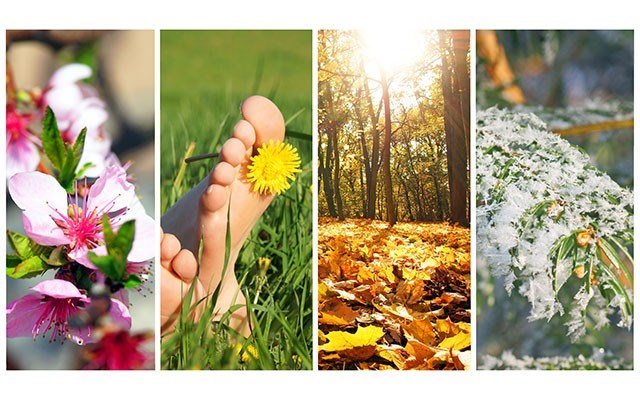 We have all heard those words before and generally the idea gets a nod, a mindless sort of agreement statement and then it's on to the next thing.

I doubt that many consider the true impact of the notion on our daily world — on a world that continues to change at a pace most of us can't keep up with.

I would argue that there has been a significant change in Whistler this year, as we see the work of many stakeholders and the resort municipality and its festivals, events and animation strategy come to fruition.

Slope Side Supply's "toilet roll" index is off the charts — we may make fun of this quirky way of measuring visits, but it is surprisingly accurate, and it tells us that summer visitor numbers for the first time have eclipsed winter numbers. Wow!

Businesses around the Olympic Plaza for the most part have seen boosts to the bottom line this summer. In one recent Pique story, longtime Whistler local and Purebread owner, Mark Lamming said this area of the village has come to life in recent years with the addition of a playground and all the activities happening on the plaza stage.

"I've been here 20 years and there's never been a town centre," he said. "There was nowhere where people could gather and socialize. What's happened with the plaza and the playground and concerts and skating, it's become a town square... It's been great for us as a business. We've been really happy. We hope it stays that way."

That success is a message Whistler's mayor, Nancy Wilhelm–Morden, brought to ministers at the Union of B.C. Municipalities convention in Vancouver this past week.

The province has a considerable investment in Whistler, said the mayor. "We reiterated again that Whistler is an economic engine for the province, we've got $1.3 billion per year in GDP and annual tax revenues of over $405 million, and 22.5 per cent of the entire annual tourism export revenue of British Columbia comes from Whistler."

The comments came as the mayor repeated that it was the resort's position that developing Garibaldi at Squamish as a winter destination would harm Whistler. But perhaps it was also worth getting out there as the province gets ready to hand over Whistler's share of the Resort Municipality Initiative Funds — the development, business promotion and financing tools to enhance the resort sector in B.C.

Whistler, as a unit, is working to adapt to change, one facet of which is the increase in tourists coming by car from regional markets whether it is for the day, or for a vacation (though destination visits are up slightly). Those businesses that have recognized and adapted to the changing visitor are seeing success. But we have seen businesses close their doors, and we will no doubt continue to see this as the resort adapts to the changing demographic over the now "year-round" season Whistler is enjoying.

A nationwide survey by Pollara pollsters this week shows a 43 per cent increase in fall travel intentions over the same time last year. Travellers aren't being thrifty either, suggests the poll. Regionally, the biggest spenders are in B.C. — with a $2,888 on average holiday price tag, and 45 per cent of travel plans involving trips within Canada.

The value-driven visitor will come and will spend their dollars here — we have seen that — but as poet Emily Dickinson wrote "fame is a fickle food/upon a shifting plate..." and if we do not continue to pay attention to what the visitor wants they will simply shift away to another destination.

What might that adaption look like on Whistler's part? I would argue it is about offering goods and services that are Whistler's alone to give — our amazing outdoor products, whether that is through industry leader Whistler Blackcomb or our many outstanding backcountry, Nordic and adventure service guides and operators.

It is about retail, food and beverage and accommodation offering service and quality that people will come back for because our regional guests want to come back again and again, if we just give them a reason to do so. After all, you can't really experience everything Whistler is in one visit — but we only get one chance to create a repeat visitor.

Sometimes it is about taking a risk and trying something new — like the recent Whistler Village Beer Festival — which was ridiculously successful and left everyone shaking their heads and asking, "Why didn't we do this earlier?"

It's been five years since the world's economy went into shock, the ripples of which are still being felt in Whistler today.

But as the world slowly recovers from the debt crisis there is money to be spent, but only those who innovate and adapt will succeed. It can't be more of the same.