Who decided Whistler would host the 2010 Games?

The story of how the 1960 Squaw Valley Olympics inspired a group of Vancouver businessmen to develop Whistler Mountain in hopes of hosting the 1968 Games is well known.
Aug 26, 2015 6:00 PM By: Bob Barnett 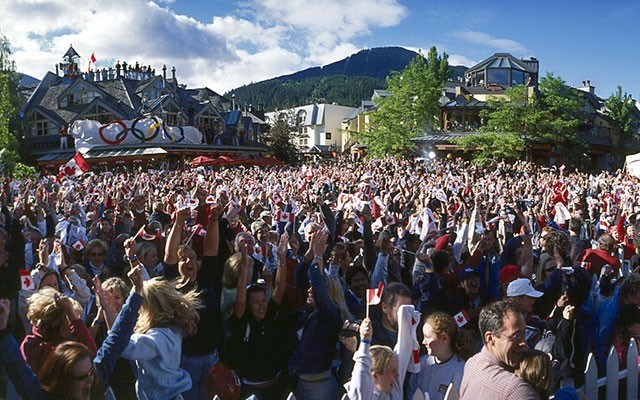 The story of how the 1960 Squaw Valley Olympics inspired a group of Vancouver businessmen to develop Whistler Mountain in hopes of hosting the 1968 Games is well known. And the fulfillment of that dream 50 years later, with Vancouver and Whistler hosting the very successful 2010 Winter Olympics, is also well documented.

But how close Whistler came to missing out on the Olympics in 2010, and the infrastructure that came with the Games, is less well known.

The work started in the mid-1990s, once again with a group of Vancouver businessmen. At the time, Toronto was vying to host the Summer Olympics, in 2008 or 2012. Meanwhile groups in Calgary and Quebec City were also eyeing the 2010 Winter Olympics. When Toronto was eliminated from the running for the 2008 Summer Games, the Canadian Olympic Committee (COC) was finally prepared to back a bid for 2010.

On Nov. 21, 1998 the COC met in Toronto to choose one of the three. Calgary's bid was largely based on supposed cost savings, as the facilities from the 1988 Winter Olympics were still in place. The Calgary bid, however, included millions of dollars to update facilities, including windscreens next to the ski jumps and a new downhill course.

Quebec's pitch was that it is a "true" winter city and Western Canada already had Olympic facilities, so the East was due.

The Vancouver-Whistler bid was technically very sound and based on the concept it would be the most attractive internationally.

And then the 77 COC members — many of them representing summer sports — went off to choose Canada's bid city for the Winter Olympics. They voted early and they voted often. All told, they voted 12 times.

In fact, it was a very Canadian moment. The day before the meeting the COC announced it wouldn't count the ballots until after the Quebec provincial election on Nov. 30, fearing a negative vote for Quebec City's bid might influence the election. So COC members, without knowing the results of the first round of balloting, simulated every possible scenario and voted in each instance. The ballots were locked away until the day after the Quebec election, when they were finally counted.

Over the next four-and-a-half years the Vancouver-Whistler bid was refined while interest grew (only two reporters from B.C. travelled to the 1998 COC meeting in Toronto) and rival candidate cities emerged.

On July 2, 2003 the International Olympic Committee met in Prague, Czech Republic to decide whether the 2010 Winter Olympics would be in Salzburg, Austria, Pyeongchang, South Korea or Vancouver-Whistler.

Prague is an intriguing city any time, but with the IOC in town and hundreds of millions of dollars riding on delegates' votes, it became surreal. The café in the lobby of the Hilton resembled Berlin during the Cold War, with whispered discussions taking place in dark corners.

The Koreans were most active leading up to the vote. The Pyeongchang logo was on the daily weather report distributed in the media centre. Samsung, a Korean company and Olympic sponsor, also happened to sponsor a fun run and concert in Prague just prior to the IOC meeting. Banners for the event, with the Samsung logo, were all over town.

Vancouver and Salzburg were thought to have the best technical bids but the first round of voting went: Pyeongchang 51, Vancouver 40, Salzburg 26.

With the Austrians eliminated, the second round came down to where the 26 Salzburg votes would go. Bear in mind that many IOC members come from countries that have never seen snow, and some delegates have been known to expect favours in return for their vote. There has never been any suggestion the final vote was bought, and I'm not trying to make any inference now, but it would be interesting to know what criteria delegates used when deciding how to vote.

Or whether to vote at all.

Consider the final tally in 2003: Vancouver 56, Pyeongchang 53. There were 112 IOC members eligible to vote in the second round in Prague, but only 109 votes counted. The three members who chose not to vote could have been the difference between the 2010 Olympics in Canada or Asia.

Pyeongchang will host the 2018 Winter Olympics. But if the Koreans had won in Prague in 2003, and hosted the 2010 Games, what would be different for Vancouver and Whistler today?

Some of the above listed projects would have happened eventually, but were brought forward by the timing of the Olympics.

From a financial perspective, corporate sponsorship lined up before the economic meltdown in 2008 was far more lucrative than expected. Bell Canada, for instance, provided $200 million in cash and services (including the huge data pipe connecting Whistler to the Lower Mainland) to be the official telecommunications provider. Originally it was thought $20 million was the maximum a domestic sponsor would pay.

Who knows what the situation would be if Vancouver and Whistler were preparing now to host a future Olympic Games. It could well be argued that interest in hosting the Olympics has peaked and Vancouver-Whistler wouldn't be in the running.

But it is intriguing to go back and imagine what could have been if some IOC delegates had voted differently.