Will Climate Action Plan end up in policy landfill? 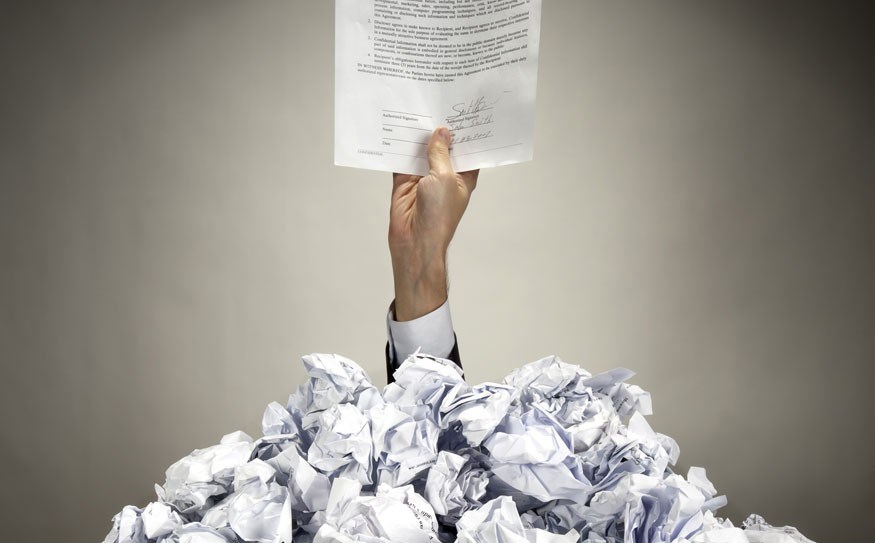 From all corners of the province BC Liberals are convening in Whistler Friday and Saturday for a convention/rally that should prepare the troops for the election in May. The convention gets underway on Free Enterprise Friday, where Premier Christy Clark is inviting "all British Columbians to help develop our platform (of) new ideas and creative policies." The premier has also been soliciting ideas and input on the web, at www.ideaslab.ca

Given the Liberals' standing in the polls and the lack of traction Clark has had with the public since she became premier in March 2011 it is not surprising that they appear open to any and all suggestions on policy. The premier's (sort of) opposition to the proposed Northern Gateway pipelines is the closest the Liberals have come to connecting with the public in a positive way in the last year.

Why should we care about this, you may ask. Aren't the NDP going to form the next government of B.C. anyway?

That's what the polls suggest. But the Liberals' call for policy ideas is countered by the NDP's distinct lack of policy on just about anything. The NDP will unveil its platform early in the new year. Party leader Adrian Dix has said a first term for his government would set a moderate, do-able agenda. In the meantime voters who care about this sort of thing — and there may not be many — are left to the press releases on the NDP website bemoaning the Liberals' failures.

The political landscape in B.C. today is in stark contrast to five years ago. In the pre-recession days of 2007 then-premier Gordon Campbell decided to take on one of the biggest issues facing this and future generations and unveiled the Climate Action Plan. It included the first carbon tax in a North American province or state.

No one seems to mention the Climate Action Plan these days.

The Liberals announced earlier this year that the plan is being reviewed but it may be jettisoned into the atmosphere, like so many other emissions, if the Liberals' solicitation of policy ideas comes up with something more popular.

Under Christy Clark the Liberals have three key priorities:

• Government must put families first in all decision-making;

• B.C. must lead in the area of open government.

Anyone looking for hopeful signs on the environment from the NDP website is directed to www.buildingsustainablebc.ca, a separate website described as a project of the BC NDP Standing Committee on the Environment for an Ecologically and Economically Sustainable Future. A link on the site still invites people to "Read about Carole James and Sustainable BC."

If the Climate Action Plan ends up in the policy landfill under a government led by either Dix or Clark it would be a tragedy on several fronts. The planet, at least the little corner of it that we can influence, would of course be at the top of the list. But as a government policy it has achieved a rare status: general support.

The Campbell Liberals put forward a Climate Action Charter that was initially signed by 63 local governments. Today, 180 of 189 local governments in B.C. have signed on to the charter and committed to working toward carbon neutrality and measuring emissions.

Whistler enthusiastically jumped on board from the beginning. A year ago the Resort Municipality of Whistler announced it had become carbon neutral two years ahead of schedule. The merits of this achievement, which the RMOW achieved in part by buying carbon offsets, can be debated. The municipality only produces about two per cent of the total greenhouse gas emissions in the community; 51 per cent of emissions come from passenger vehicles.

But the fact is Whistler as a whole has reduced its greenhouse gas emissions. In 2011 the community's GHG emissions were about 13.5 per cent lower than 2007, although much of the decrease came through one-time gains such as capturing methane from the former landfill, switching from propane to natural gas and upgrades to the Meadow Park facility.

Another reason abandoning the Climate Action Plan would be a tragedy is that it seems to work, and without causing undue pain.

Earlier this year the province released its first report on the plan. It showed that provincial GHGs fell 4.5 per cent from 2007 to 2010 while at the same time GDP growth outpaced the Canadian average. Concurrently, the province's population grew by approximately five per cent.

The report concludes that this demonstrates "...that a strong carbon pricing policy that is revenue neutral can coexist with a growing economy."

The report also concedes that: "Emissions during the period were significantly affected by external factors, notably the global economic recession."

Maintaining this progress and achieving the goal of reducing GHGs 33 per cent from 2007 levels by 2020 will be a challenge, the report acknowledges. Environment Minister Terry Lake concludes: "...while we recognize we are still in the early stages, the indicators are very positive."

The report's findings are supported by Sustainable Prosperity, a University of Ottawa-based research network. They are challenged by the Canadian Taxpayers Federation.

Whether any of it will matter in the future may be determined in Whistler on Free Enterprise Friday.