PIQUE'N YER INTEREST: Art should be challenging—but is that what Whistlerites want? 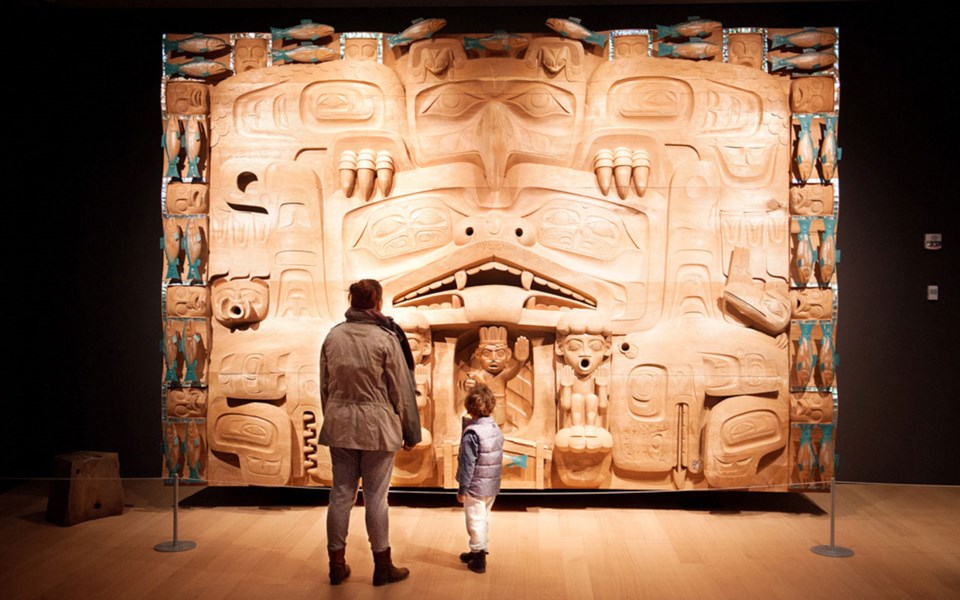 While COVID-19 has forced us to physically distance from those around us, it’s been art that has helped tie us back together during these past few months.

And hasn’t that always been the function of art? To express those innermost, intangible qualities of the human condition in the hopes that it might make someone out there feel less alone? And in a time of both literal and figurative isolation, it’s impossible to put a price on the true value that art can and has brought us.

Well, maybe that’s not entirely true. For the countless bands livestreaming no-crowd sets from their living rooms, the plethora of creative workshops held over Zoom, and the renowned museums and theatre companies offering their art and stage productions to a virtual audience during the pandemic, the asking price has most often been nothing at all.

For the tireless creatives already accustomed to having their work vastly undervalued, offering up the art they’ve invested so much blood, sweat and soul into free of charge is a gift I hope society remembers—with their time and their wallets—when all this is said and done.

I also hope the artists who have left so much of themselves on the stage, canvas or screen, both before and during COVID, aren’t afraid to ask for something in return. And I’m not just talking about fair and equitable monetary compensation, although that, of course, would go a long way towards giving some much-needed stability to a sector that has always sat on shaky ground, at least in this country. I’m referring to something that’s a little trickier to pin down, but it’s a favour that, if extended, would benefit both artists and audiences alike.

My sincere hope is that when we emerge from our collective reclusiveness, it will come with a fresh perspective on not only the art we consume, but our capacity to consume it. Even before COVID glued us all to a rotating cycle of black screens, the cultural zeitgeist was being homogenized by streaming giants like Netflix and Amazon to the point where an algorithm has more influence over what we watch than our own personal taste. And when we hand over our consumption habits to massive, global corporations whose sole desire is to keep you on their platform for as long as possible, the kind of content we consume tends to fall into two categories: inflammatory, anger-inducing sensationalism (looking at you, YouTube!), or breezy, mindless flicks that are familiar, even comforting to watch, but leave your brain the moment the credits roll. (There’s a reason The Office and Friends have consistently been Netflix’s two most-watched shows. As entertaining and well-made as they both are [well, The Office, anyway], they are the TV equivalent of a big bowl of buttery popcorn: tasty in the moment, surely, but you’re gonna need a bit more substance to feel full.)

Maybe it’s just me, but I feel the issue runs even deeper in Whistler, where, for as educated and enlightened a community as we are, many people don’t necessarily come here to expand their cultural horizons or think too hard about anything other than their next pow day or night on the town.

As someone who has been a small part of Whistler’s burgeoning theatre scene over the years, it’s something I’ve wrestled with in my own work: What do Whistlerites want from their art, and more importantly, do they want to be challenged?

From my experience, Whistlerites want art that is fun and light, and, crucially, they want to see their town reflected back at them. It’s why our art galleries (Audain excluded) are filled with colourful landscapes and bear portraits, our bars are filled with the sounds of popular cover tunes more often than originals from the many talented musicians who make their living here, and our most beloved cultural showcases, like the 72-Hour Filmmaker Showdown and Deep Winter, are modelled after high-octane athletic competitions.

I say all of this not to wag my finger in condescension at a philistine public, but rather because I know what Whistlerites are capable of. I’ve seen time and again just how willing they are to throw caution to the wind for a sweet dose of adrenaline, how committed they are to milking every last thrill out of life. I just wish they demanded as much out of their art as they did from their recreational pursuits.

By its very nature, art should be challenging, but it also requires an audience that is willing to take a risk—something that Whistlerites have been adept at for generations.

PIQUE'N YER INTEREST: The pandemic lull
Aug 21, 2020 8:00 AM
Comments
We welcome your feedback and encourage you to share your thoughts. We ask that you be respectful of others and their points of view, refrain from personal attacks and stay on topic. To learn about our commenting policies and how we moderate, please read our Community Guidelines.