Biking versus running: the quest for harmony on our divided trails

I'm a little bit afraid of mountain bikers. Logically, I know this is insane. I have plenty of friends who regularly hit the trails on two wheels and they're wonderful people.
Jul 26, 2019 12:00 AM By: Alyssa Noel 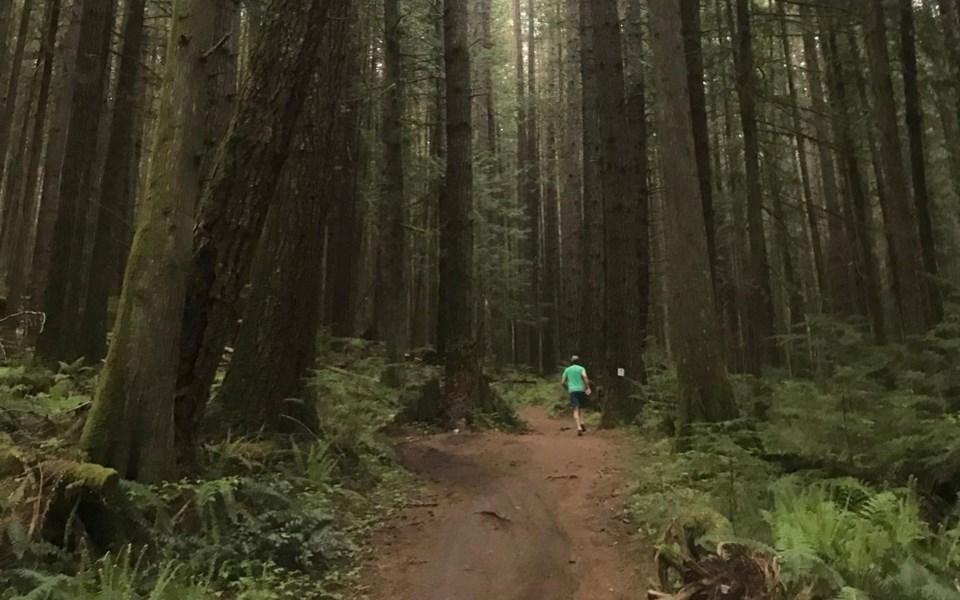 Trails in the Sea to Sky are meant to be shared. photo by Alyssa noel

Logically, I know this is insane. I have plenty of friends who regularly hit the trails on two wheels and they're wonderful people.

But oftentimes when you're navigating those same trails on two feet, mountain bikers seem anything but friendly.

When I'm trail running, I try to abide by the rules; I pull myself and my dog out of the way of passing uphill traffic, I avoid downhill routes unless they're very quiet (PSA: running up downhill trails is the only way to log serious elevation when you're training), and I've quit listening to music, instead opting for podcasts at very low volumes so I can hear my surroundings.

But still, as a trail runner, I can't help but feel like the stereotypical braces-clad, chess nerd in high school next to the beefy, blonde football heroes.

It could be my own self-fulfilling prophecy. It could be that less fit bikers pedalling uphill are in deep concentration. It could even be all in my head. But many times when I get out of the way of bikers, they still shoot me a glare—seemingly angry I'm using their trails at all.

Of course, that's not always the case. There have been plenty of friendly folk who take a moment to say hello or offer a smile as they whiz by. But that lingering feeling of animosity has followed me around the Sea to Sky trails.

And then I read an opinion piece in Outside magazine that proved I might not be so paranoid after all.

While he swears—in the first line, no less—that the headline isn't click bait, I have my doubts. Still, his hateful diatribe against trail runners is clearly designed to further divide trail users into two groups and pit them against each other.

I could go on a long tangent about how in these particularly divided political times, rallying the outdoor community to be hateful and polarized is truly the last thing the world needs, but I'll save that for another day.

The crux of his argument is this: trail-running numbers are exploding, but trail runners are not contributing to trail maintenance in the same way as their mountain biking peers. (It should also be noted that this is based on his anecdotal evidence living in American mountain towns, not on any hard numbers.)

Frankly, it's a great point. If you're using the trails in any capacity—be it hiking, horseback riding, dog walking, running or biking—you absolutely should pitch in.

And while I have donated to this cause, I admittedly have yet to get my hands dirty. Had his column been delivered in a less macho, aggressive way, I might have even shared it.

Shortly after it was posted on outsideonline.com—and following an outpouring of "unsubscribe" comments on the publication's Facebook—my personal hero, Stephanie Case, who is a Canadian ultrarunner, human rights lawyer, and founder of the charity Free to Run, wrote a response, which the publication ran, appropriately called "A Response from a Proud 'Lazy Parasite' Trail Runner."

(Oh, how deeply laughable it is that anyone could call the person who started a charity that helps women in war-torn countries access sport "lazy.")

In it, she highlights all the ways various trail running groups and races—in the U.S. and Canada—educate runners on treading lightly on the land and the ways in which they give back that to that cause.

Trail running in the Sea to Sky is nowhere near as widespread or organized as mountain biking, but it is certainly growing—and so are the ways in which the community gives back.

We Run Whistler, which was only founded in 2017, for example [full disclosure, it's co-run by Pique designer Lou O'Brien, who both runs and mountain bikes] hosted its first trail night in lieu of a run this summer.

The Coast Mountain Trail Series, which puts on races in the Sea to Sky, on the North Shore and beyond, also leads regular trail nights and donates thousands of dollars each year to trail groups and search and rescue.

All that is to say, we're on the same team—or at least we should be. And that message is as much for myself as it is for Mr. Peruzzi and all those bikers who seem grumpy, but are maybe just grimacing while pedalling up our shared trails.