I've benefitted greatly from government largesse in post-secondary education. Through all graduate programs I received significant funding, enough, in some cases, to live comfortably without additional sources of income.
May 31, 2017 6:00 PM By: Leslie Anthony 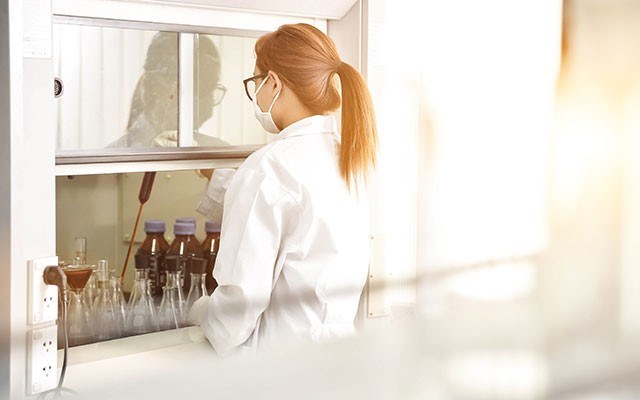 I've benefitted greatly from government largesse in post-secondary education. Through all graduate programs I received significant funding, enough, in some cases, to live comfortably without additional sources of income. In addition to these monies, I qualified for standard departmental subsides, teaching and research assistantships, and graduate stipends from supervisors who were, to some extent, also bankrolled by government. It added up to something approaching a living wage in order, some might say, "to stay in school." In return (or in my defence), I did good science, made a few discoveries, published on these in respected journals that contribute to humankind's shared knowledge base, learned how to speak about my work to peers and other groups, and instructed upcoming students on various biological principles and methodologies. All in all I'd say Canada got its money's worth and, in return, an enjoyable, relatively low-stress life contributed to my productivity.

But I was lucky. During that time I also encountered grad students — good and dedicated people with no external support — subsisting, miraculously and at great personal sacrifice, on what little income was afforded through departmental minimums. Many required jobs outside of school, extending the time it took to finish research projects, publish on them, or concoct a thesis. Not only that, but my time in the think tank coincided with government budgets and thus, professors' basic operating grants (those used for research, travel to conferences, and student stipends) being slashed to the bone. Since then things have worsened to the point of absurdity. So I'm a little jaded when I hear of upcoming government "investments in science."

In September 2016 it was announced (in typical ministers-on-campus fashion) that 13 centres of higher learning would split $900 million in grants under the Canada First Research Excellence Fund (CFREF), which the previous conservatwat government ostensibly struck to help Canadian universities become global research leaders. That $900 million, however, distributed among a limited number of institutions and a handful of researchers, said more about disturbing long-term trends in Canada's national science programs than any potential future benefit. While "big" (i.e., industry-related) science benefitted from a cash infusion that would allow it to better compete, everyday independent researchers and their students across the country remained grossly underfunded, impoverished to the point of embarrassment by the budgetary guile of the punitive HarperCons. Thus, $900 million injected into Canada's science ecosystem went only to the top predators, while the bottom of the food chain — younger and early-career researchers — continued to experience all-time high levels of frustration and disillusionment. After the announcement, a McGill University biologist pointed out that with only $700 million, the Feds could fund "1,000 Canadian research labs that are already equipped and ready to go but are starved for operating funds."

"Does it make more sense to bet big on 13 research institutes or to bet long on 1,000 quiet explorers?" queried Paul Wells in the Toronto Star, while noting that the Trudeau government was, in fact, conducting a promised federal review of science funding. That report — Canada's Fundamental Science Review — finally appeared a month ago, and though the language was diplomatic, its findings were scathing: "Canada's research competitiveness has eroded in recent years when compared with international peers. The change coincided with a period of flat-lining of federal spending through the four core funding agencies that support researchers in universities, colleges, institutes, and research hospitals. In those years funds were also directed preferentially to priority-driven and partnership-oriented research, reducing available support for independent, investigator-led research by frontline scientists and scholars."

Despite high levels of talent, expertise, and dedication on the part of those serving each agency, evidence suggested the overall stewardship of the federal research system needed overhauling and refinancing — to the tune of $1.3 billion annually. Considering that anything and everything — even a table — requires science, that was a start.

"The report makes it clear that basic science and scholarly inquiry in Canada have been seriously underfunded for much of the last decade," said Canadian Association of University Teachers executive director David Robinson. "The most important recommendation... and one that we urge the government to act on, is that Ottawa significantly and rapidly increase its investment in independent investigator-led research."

I'm not holding my breath, but here's hoping a new generation of graduate students can enjoy the kind of support that once made science in this country a noble career.