Gentlemen, we have a problem. As the recent mass shooting in Nova Scotia once again demonstrates all too painfully, there's an inherent flaw in the male psyche that goes beyond nurture into our very nature.
May 22, 2020 1:00 AM By: Andrew Mitchell 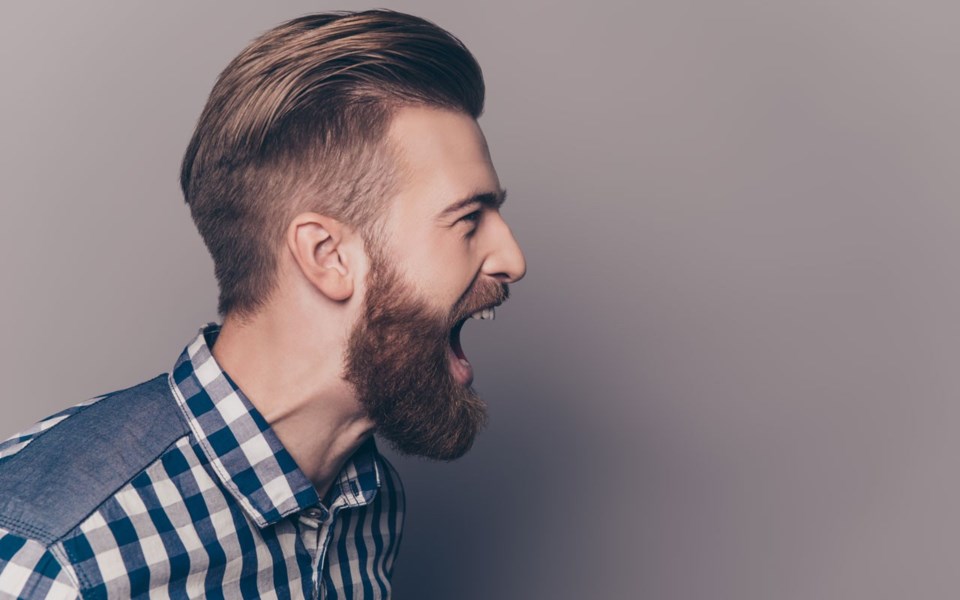 Gentlemen, we have a problem.

As the recent mass shooting in Nova Scotia once again demonstrates all too painfully, there's an inherent flaw in the male psyche that goes beyond nurture into our very nature. The same traits that once made men useful—charging at animals 10 times our size with pointed sticks and battling other primitive males to protect our tribes—are a liability in the modern world.

Statistically, men are 17 times more likely than women to murder someone. A list of American "rampage killers" has 98 names, all of them male. All of the mass murderers in Canada going back over 100 years are men. We also make up over 90 per cent of serial killers, their victims mostly female (65 per cent).

In any category, from assault to sex assault to theft, men are the worst offenders. Out of a prison population of 15,000 across Canada, only 700 or so inmates are women.

It's not just a tendency to violence and criminality that sets some men apart. Angry men are also overrepresented at things like recent armed protests against COVID-19 quarantine measures and those neo-Nazi/nationalist rallies south of the border. Judging by photos, men were also the majority at anti-immigrant "yellow vest" rallies and "Wexit" rallies in Canada. There are 130 active hate groups in Canada, membership in which is mostly male.

Men are also less likely to believe the science on climate change, which might have something to do with declining enrolment in universities (men are falling behind in all kinds of measurable ways including higher education).

And men are usually the ones who go too far posting online, calling for the heads of anyone they don't agree with—politicians, activists, journalists... even a 17-year-old girl on a school strike. The commenters stalking Greta Thunberg around the web are a perfect example of men at their angry worst.

Then there are "incels," the "involuntarily celibate" men with a growing body count who think women owe them love and affection because they are the real "nice guys." One of those nice guys killed 10 people and injured 14 others, mostly women, with a rented van in Toronto in 2018. In certain dark corners of the web, he's considered a hero—as is Marc Lépine, who killed 14 women at École Polytechnique in 1989.

It's pervasive and it's worrying. The seeds for the next massacre have already been planted in someone's head—it's really only a question of where, when and how. We have a pretty good idea of the "who."

It's not like I'm the first person to wonder what's going on. After events like Canada's worst-ever massacre, a rampage that started out with an act of revenge against an ex-wife, the question of male aggression inevitably comes up. There is no shortage of books and research topics on the subject going back 60 years. Lots of talk, no answers.

One factor that's often looked at is mental health, and there is definitely something to that. Canadian men are three times more likely to commit suicide, twice as likely to abuse drugs and alcohol, and twice as likely to end up on the streets. We are more likely to be isolated and have fewer friends. But the reality is that women are just as susceptible to mental illness and experience all the same life stresses as men and yet are far less likely to lash out with violence.

A lot of people point to how boys are raised and the male coming-of-age experience. Through sports, fights, and stupid stunts, we are more likely to sustain brain injuries. Males, driven by testosterone, are also encouraged to take bigger risks, partly because our culture demands it.

But it's also undeniable that men are naturally wired to be aggressive and take risks. Men get in about 50 per cent more car accidents. We are 17 times more likely to die in avalanches.

The analogy I like best about the male psyche actually comes from a sitcom of all places: Unbreakable Kimmy Schmidt. Kimmy, a character who was kidnapped and forced to spend 15 years in a bunker, writes a book about a world where all boys have a monster inside they have to learn how to control. (The idea caught on so much that they made it into a real book, The Legends of Greemulax.)

Men are understandably defensive about all of this. The vast majority of us pose no risk to anyone. But denying the statistics and not taking responsibility for the underlying problem isn't doing our gender any favours, either.

It's too early to know all the reasons why Gabriel Wortman murdered 22 people in Nova Scotia on April 18 and 19, or how he lost control of his monster, but for his victims, it's also far too late. We already know of at least one thing that Wortman shares with other mass killers, and that's manhood. That's a good place to start.

It's past time for men to figure out exactly what our role is in an increasingly peaceful and equal world where some of the things we evolved to be are no longer needed. We have to raise boys differently and support and nurture young men in a different way. And men have to be the ones to take the lead on this and clean up our own mess.

Science has come further than we have. We can be replaced.