If you believe even half of what faceless groups are posting on Facebook about ICBC these days, you might have the impression that our public insurer has failed—that it's corrupt, incompetent, and needs to be replaced yesterday with a for-profi
Jan 22, 2020 11:00 PM By: Andrew Mitchell 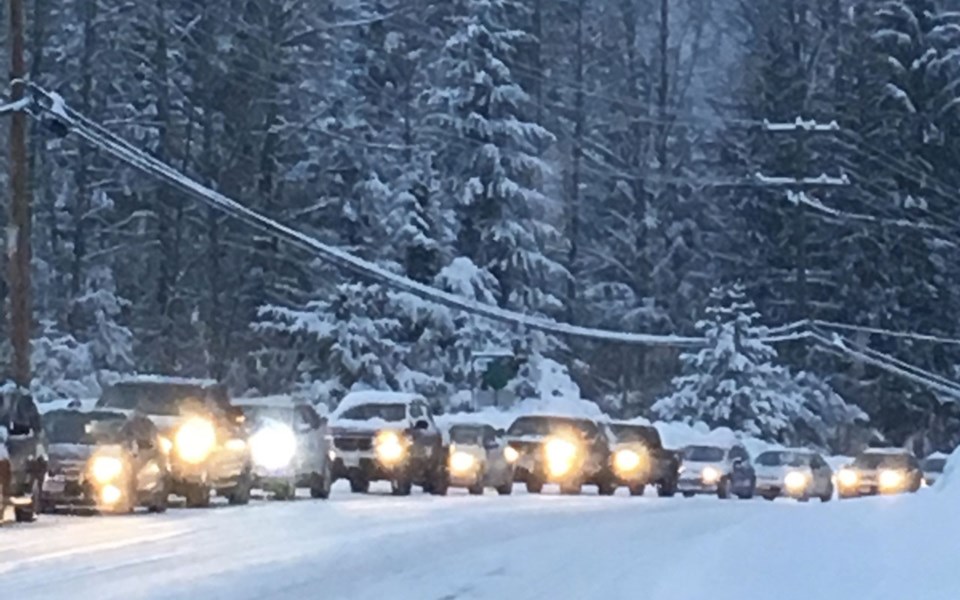 If you believe even half of what faceless groups are posting on Facebook about ICBC these days, you might have the impression that our public insurer has failed—that it's corrupt, incompetent, and needs to be replaced yesterday with a for-profit private market.

How else can you explain the beleaguered public insurer's billion-dollar losses? Or the fact they increased insurance by more than six per cent last year, on the back of a previous increase?

As always, it's important to consider the source of information.

A lot of negative posting about ICBC is coming from conservative groups that will use it as a wedge issue in the next election, or from the trial lawyers that we learned last week received about a third of almost $2 billion in court-ordered payouts made in the past fiscal year—and have 100,000 other cases on the dockets with an estimated payout of $16 billion.

There are businesses that are angry the cost of insuring their drivers has increased. There are young people—who unfortunately tend to get in accidents at higher rates than other demographics—that are facing prohibitively high insurance costs when they get their licences. There are ordinary people already facing massive cost-of-living increases in almost every other facet of their lives who are appalled they're being asked to cough up even more for something else. It's no wonder social media misinformation is spreading.

I do agree that it's a terrible situation that doesn't look good for anybody. Having the highest insurance rates in the country doesn't give one a lot of confidence that our public insurance system is working as advertised.

However, blaming ICBC for the current situation isn't accurate or fair. The recent snowfall in the Lower Mainland revealed the real culprit for our rising insurance costs: bad driving.

Over a seven-day period of stormy weather ICBC received 14,600 calls, more than they usually see in the entire month of January. A lot of those accidents were caused by people driving in slippery conditions without the proper winter tires or caution. That's where your increased insurance premiums are going, not into the pockets of ICBC executives.

According to financial reports, ICBC paid out almost $7 billion in claims in the last fiscal year, or about $1.5 billion more than B.C. drivers paid in premiums.

Attempts to limit claims or take steps like reducing the number of medical experts that ICBC should pay for have been failing in the courts, which means the province's plan to try and cap payouts isn't going well.

If things continue along this path, it's been forecast that the cost of settling claims will rise to about $12 billion a year in the next five years. What's that going to do to your insurance premiums? And how exactly could any private insurer charge less than ICBC if those are the kinds of penalties that courts are awarding? Ontario has private insurance, and they're right behind B.C. when it comes to premiums.

The reality is that if we want to pay less for insurance, then we have to pay out less for accidents. And if we can't reduce the amount people are getting from lawsuits, then we need to reduce the number of crashes.

Bad driving is the reason we're in the mess. People need to stop speeding, stop drinking and driving, put phones and other distractions away, keep two hands on the wheel, leave space, and check mirrors and blind spots frequently—drive like you're supposed to. If people won't do it for their own safety, then maybe they'll do it to save money.

Government also has a stake in making roads safer, adding police, bringing back photo radar, installing more red-light cameras, and cracking down even harder on drunk and distracted drivers. We should be lowering the speed limits in certain areas, adding bicycle lanes where possible, and putting more money into transit to get more cars off the road. We should be encouraging more dashboard and rear cameras and rewarding people for snitching on bad driving.

People who have caused accidents or racked up enough moving violations should face longer bans and even higher insurance rates. High-risk drivers should have to do more to prove themselves safe.

Starting tomorrow, we should be enhancing our driver education and testing. For example, in Germany it costs 2,000 Euros to get your license after more than 40 hours of theory and in-car testing. Their fatality rate is about half of ours.

We should be mandating winter tires in winter conditions, regardless of where you live. In B.C., an average of 300 people die in car crashes every single year and probably 10 times as many people are injured—many of whom will never be the same.

If 300 people died in elevators in B.C. every year, people would take the stairs—and demand that government do something, anything to make elevators safer.

Driving is serious business with serious consequences. Until we take it more seriously as a society, I wouldn't expect lower insurance rates any time soon.