In The Wabi-sabi House , author Robyn Griggs Lawrence probes the essence of this Japanese philosophy-art: finding beauty in imperfection and nature's cyclical march of growth, decay and death.
Jul 25, 2012 9:00 PM By: Leslie Anthony 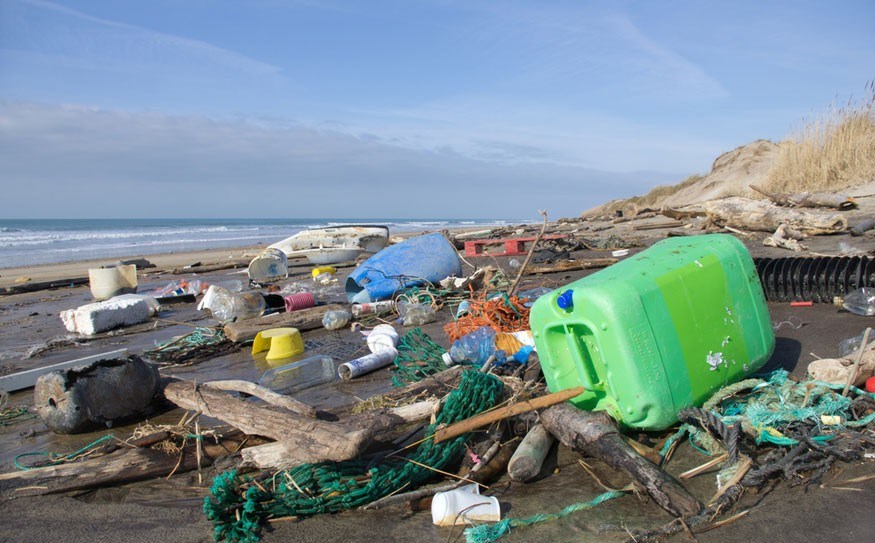 In The Wabi-sabi House, author Robyn Griggs Lawrence probes the essence of this Japanese philosophy-art: finding beauty in imperfection and nature's cyclical march of growth, decay and death. Wabi-sabi reveres authenticity above all: flea markets, not big-box stores; aged items, not new; handcrafted, not churned out. Love and life viewed in the cracks and crevices and blemishes of time, weather and use, a reminder that both our bodies and the material world are in the process of returning to whence they came — including a beach near you.

Thus conceived, the massive debris field from the tsunami that struck Japan on March 11, 2011 is both demonstration and opportunity in the Wabi-sabi world view, and its vanguard has proven so: a trailer found on a remote beach of northeastern Haida Gwaii in late April containing a sea-worn Harley Davidson. Most of us know the heart-warming story of tracking down the owner via the motorcycle's license-plate, and that instead of claiming the bike for his own he donated it to a museum in honour of tsunami victims. This good-from-bad scenario highlights the other side of the debris coin; a Yin to its Yang. Indeed every cloud has a silver lining, and if we look past the tragedy that begat the garbage now spread over an area the size of Quebec, that silver may soon turn to gold on the B.C. coast, because in this province of gleaners and binners, one man's trash is truly another man's treasure.

Sure the majority of the 25 million tons that surged out to sea will sink to the bottom, and some will be captured in the gargantuan plastic patch contained by the Pacific gyre, but plenty is still headed to North America's west coast. And while anticipated to wash up on the shores of Alaska, Washington and Oregon — all of which have monies and plans in place to deal with the debris — the jurisdiction scheduled to absorb the majority, B.C., with its labyrinthine 965 km-long coast (243,000 km total shoreline including islands), has no plans in place, no monies set aside, no idea what to do, and, until about two weeks ago, no one even studying the problem. "It's so hypothetical at this point," Environment Minister Terry Lake inexplicably stated last month.

As a public service then, I feel compelled to offer some options, and so here are my Top 10 Things to Do With Tsunami Debris:

10. Redneck Control. ATVers and 4-wheelers are attracted to landscapes like beaches that they can churn up with their vehicles. In the same way flies are attracted to, ahem, "post-digested food," motorheads are also attracted to "post-technological items." If we leave the trash where it lies, they will come, and, as recently shown on CBC news, their jacked-up trucks will get stuck on the mudflats and buried by the tide.

9. Public Housing. One group making hay of the bonanza is B.C.'s intrepid Gulf islanders, who not only beachcomb between drumming circles and arranging dreamcatchers and crystals on their porches, but build homes, outhouses and all manner of inexplicable bricolage from the spoils. For those dreaming of adding an extra bedroom or sauna to their feral dwellings, an enormous skein of flotsam is a floating RONA. If they can do it, why not governments?

8. Reality TV. Tsunami debris could seed several shows, from The New Beachcombers, a drama that follows a rag-tag group of coastal miscreants who chase wayward treasure in an assortment of aquatic, terrestrial and aerial vehicles, to Extreme Makeover: Hippie-home Edition, with certain debris guesting in episodes of Antique Road Show, Pawn Stars and Storage Wars.

7. Send it to the Kootenays. If you've driven the backroads of south-central B.C. you're familiar with the adeptness of rural re-purposers in making fences and lawn ornaments from abandoned crap. Think windmills built from saki bottles, patio furniture cobbled from styrofoam and buoys, and shipping containers buried as underground grow-ops. Leftover junk could be spread in the Slocan Valley where it would be quickly subsumed into a deconstructionist landscape of sagging buildings and fields of rusting vehicles.

6. Public sculpture. Encourage famous artists to build public sculptures in urban centres and have the public bid on these art pieces. Proceeds would go to tsunami relief to support those who lost the most.

5. Free Enterprise. Air Burners Inc. (tsunamiwaste.com) can eliminate tsunami debris right on the coastline — no drying, no grinding, no landfill. In addition to their claim of the most cost-efficient and environmentally friendly disposal method, high-temp FireBox combustion also assures complete destruction of invasive species and microorganisms attached to the debris!

4. Build an Island. Put it somewhere conspicuously inconvenient and call it Clarkia, reminder of a wait-and-see government that does nothing without sniffing the wind for political fallout and dodges any form of true leadership if it costs money or votes.

3. Send it to Alberta. They deserve it and can use it as landfill to reclaim all the tar-sands strip mining. Perhaps Enbridge could pay for it.

2. Generate Energy. Turn all the plastic debris back into oil. (plastic2oil.com)

1. Dump it at 24 Sussex Drive. Since no one wants to step up and pay, sending a token of our (lack of) esteem to Stephen Harper seems the surest way to raise public donations for a clean-up.