Grappling with the mysteries of parenthood

I slept a solid nine hours last night. While, unlike many people, I'm a pretty decent sleeper on any given night, it was a different, deeper, more blissful sleep than usual.
Nov 28, 2019 11:15 PM By: Alyssa Noel 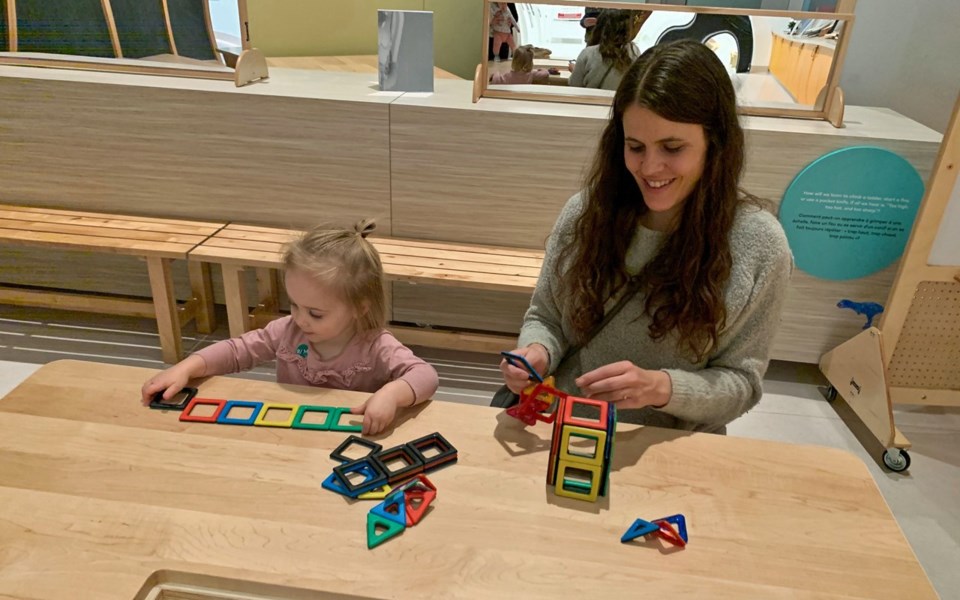 Cool aunt Writer Alyssa Noel with her niece, Lucy, in the kids' section at the Royal Alberta Museum. photo submitted

While, unlike many people, I'm a pretty decent sleeper on any given night, it was a different, deeper, more blissful sleep than usual.

That's because I spent the previous five nights at my sister's house where she and her husband have a five-week-old son and an almost three-year-old daughter.

No one in that house—least of all her—is getting much sleep these days.

While I relished every second with my niece and new nephew, the four-day, five-night experience provided me—strictly a doting dog mother—some clarity on parenting that has long confused me.

An example? I've seen many mothers post memes on Facebook (to be clear, not my sister, whose degree in early childhood development prompts her to post about the research-based side of parenthood) about how having kids means you don't sleep, your body becomes unrecognizable, and your identity is entirely smashed and rebuilt into something different. Then they tack on a line to the effect of "but it's all worth it."

Nowhere on that list is anything positive and it never seems to add up.

Why, I wondered, would you choose such a life-altering path that seems to offer such little pleasure and so much intense hardship? Because parenthood is entirely a choice—or at least should be.

And then I found myself on the fifth day of my visit. We were in the car heading back from the Royal Alberta Museum (having an excuse to play in the kids' section is definitely one strong tick in the pro column for having kids) when my niece began peppering me with a string of unending questions.

"But why do you have to work?"

"Where is your dog?"

"Can I come to the mountains?"

I would, without a doubt in my mind, take a bullet for this kid. She is the most fun, hilarious, outgoing ball of energy I've ever known. But I. Just. Wanted. One. Minute. Of. Peace.

And then it hit me. Parenthood means being exhausted and happy; irritated and enamoured; lost and found all at the same time. It means containing conflicting emotions all in the same place at the same time in a way that is hard for the childless to understand.

Perhaps that sounds obvious to anyone with progeny, but consider that there is no other irreversible, all-encompassing, life-long undertaking on this planet that you can't even test out before you jump into.

How crazy is that system?

One other incident in my short-term career as full-time aunt also helped me better understand parenthood.

Like many kids, my niece is deep in the throes of her Frozen phase. (Sidenote: just watched Frozen. Much more progressive than the Disney movies in my day!) She constantly wanted to play "Coronation Day," which was curiously the exact same game as "camp-out."

It involved going into her room, turning off all the lights and lining up her stuffed animals in front of a glowing toy aquarium before we pretended to sleep. My only tasks were to arrange the stuffies at her direction and tuck her in like a little burrito.

The first time was fun; the 35th time was tedious. I was over it—or so I thought.

Less than a full day later, back in the Sea to Sky—living a life that is wholly mine, in which I can do anything I want without having to worry about a tiny human—there is nothing I want more than to be back in that dark bedroom tossing around a giant stuffed unicorn at a toddler's command.

Maybe the real secret to parenthood is it's unexplainable in any real, concrete way.

But perhaps that's the magic too.