PIQUE'N YER INTEREST: Heroes for all 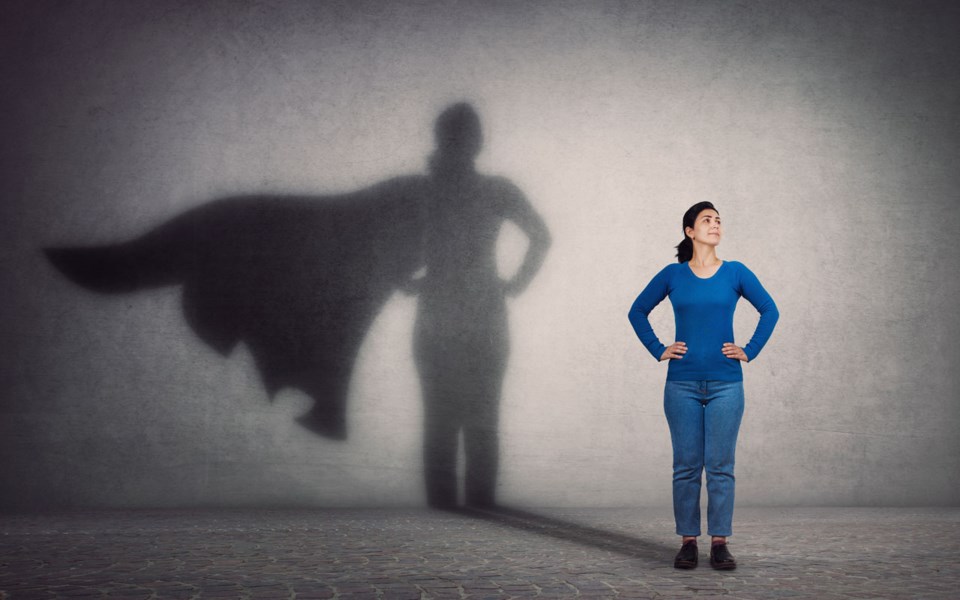 Just a few days ago, Chicago sportswriter Mark Lazerus was out buying giftwrap for a present for his five-year-old.

They’d been playing the Lego DC Super Villains video game together, he tweeted, so he figured he’d stick with that theme.

But upon discovering a roll with a Justice League print, he noticed something bizarre: there was no Wonder Woman logo.

“I don’t think boys are nearly as sexist as this gift-wrap manufacturer thinks. What kid likes Green Lantern more than Wonder Woman?” he wondered. (Note, too, that the 2017 Wonder Woman movie nearly quadrupled the 2011 Green Lantern box-office take.)

Of course, this erasure is almost trivial in the larger picture of the myriad challenges women face and are working against every day, ranging from pay inequality to reproductive rights to sexual harassment. Still, it serves to highlight how deep that inequality is entrenched.

Sad news emerged later in the day, as American Supreme Court Justice Ruth Bader Ginsburg, the second woman to serve on the court, died at the age of 87.

There are multiple reasons why Bader Ginsburg, unfortunately, won’t be properly mourned at this time, and possibly will never be, not the least of which is the political tug-of-war her passing sets up with the balance of power on the bench at stake.

Dedicated to the end, RBG (as she is respectfully called) had to work for the good of the nation up until her final days, and everything she toiled for in her decades in the role could be whitewashed within weeks. Over the weekend, my wife texted with every woman she knew, not only fearful of the future to come but also sharing the sentiment that they’d all collectively lost an aunt or a grandmother.

Ultimately, though, it was easy to see some challenges RBG faced over the course of her career even in some ostensibly well-meaning tributes and responses to her passing.

One came from New Jersey’s Democratic Gov. Phil Murphy, who called Bader Ginsburg “an inspiration to countless young women and girls across our nation and around the globe” in a Tweet. Author and The Representation Project executive director Soraya Chemaly responded thoughtfully, “Please stop suggesting that remarkable women are role models for only girls and women. They are and we cherish each and every one of them. BUT BOYS AND MEN NEED TO SEE WOMEN like RGB as THEIR role models.”

It’s an important point and, hopefully, a cultural step forward. Indeed, why are exceptional men unquestionably presented as heroes to all of humanity while great women are patronizingly relegated to being inspirational solely to women and girls?

This isn’t at all to downplay the importance of positive depictions of women on women and girls. When the Kristen Wiig-Melissa McCarthy Ghostbusters movie came out five years ago, my now-wife teared up on the drive home from the theatre, acknowledging that while the movie itself wasn’t an all-timer, it was refreshing to see women as big-screen heroes adding that that representation could be critical for young girls. The film itself, though, saw significant pushback from men who claimed that their childhood memories of the all-male team was somehow sullied by this reimagining. So, to be clear, in a world where male accomplishments are celebrated and inspirational to all, the fact that heroic women had to piggyback on an existing franchise to tell a story is somehow traumatic and insulting to men?

Thankfully, since then, there have been subsequent blockbusters in the form of the aforementioned Wonder Woman and Captain Marvel.

Whether real or fictional, it’s high time to realize that women’s stories are everyone’s stories. (This holds true, of course, for those who are not Caucasian, heterosexual and cisgender, as well.)

They’re tales of humanity: of pain and loss, of joy and celebration, and of overcoming adversity, but at the same time, they’re distinct in the details, and that’s where the understanding and change truly begins.

The earlier that all children can come to appreciate women as heroes, be they from the Marvel or DC universes, prominent figures like RBG, sports stars or the neighbourhood health-care workers, firefighters and others, the sooner that both girls and boys can recognize that we can all work together to achieve greatness.

It’s important that girls realize that they can grow up and achieve their dreams, but given the never-ending gauntlet of hurdles for women, it’s just as important for boys to learn this and become cognizant of working together to break down those barriers.

PIQUE'N YER INTEREST: The Whistler paradox
Oct 3, 2020 8:00 AM
Comments
We welcome your feedback and encourage you to share your thoughts. We ask that you be respectful of others and their points of view, refrain from personal attacks and stay on topic. To learn about our commenting policies and how we moderate, please read our Community Guidelines.