If we want to preserve Whistler's culture, we have to take ownership of it 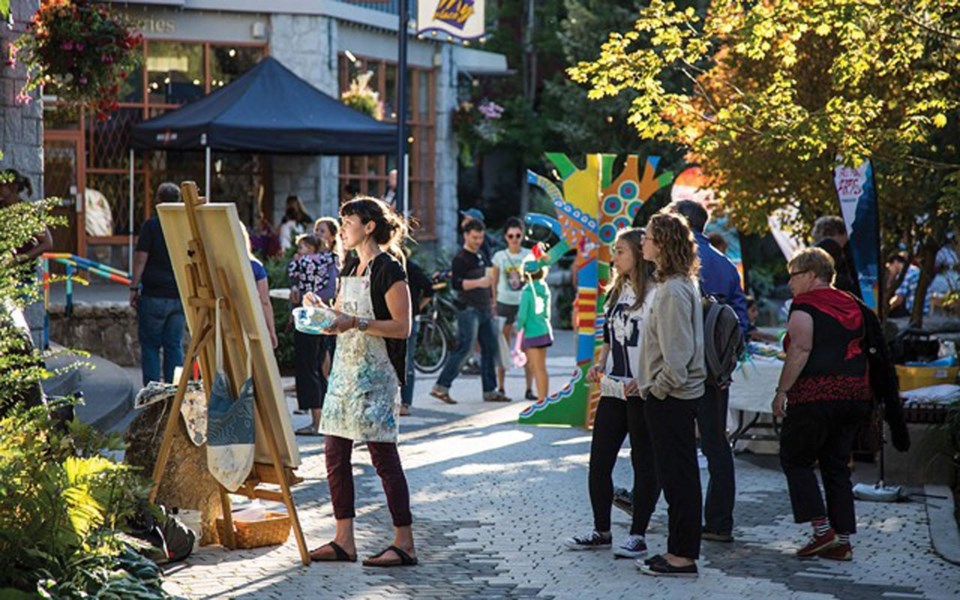 CULTURAL PRESERVATION Preserving Whistler's distinct culture into the future won't come from a tourism campaign or a government policy, but personal ownership from Whistlerites' themselves. Photo by The Full Time Hobby / Courtesy of Arts Whistler

In November, Mayor Jack Crompton called Whistler "middle-aged." Although the resort's top elected official was mostly referring to the need to update Whistler's aging infrastructure, I'm reluctant to agree with his assessment. After all, Whistler has only existed in its modern iteration as a ski resort since the mid-'60s, and really only came into its own as a global destination with the arrival of the Winter Olympics a decade ago. And what a transformative decade it was.

If the 2000s were the final idyllic days of Whistler's teenage years, then the 2010s are when the resort finally had to face adulthood. The past 10 years have sparked a sea of change for North America's largest ski resort, some of those changes more tangible than others. The 2010 Games brought us: a shiny new highway, making the resort more accessible than ever; an influx of affordable housing, allowing young families to set down roots; and the cementation of our reputation on the global stage, eventually driving up annual visitation numbers by half in just a handful of years.

On paper, it's the kind of success story that would be the envy of any ski resort—hell, any tourism destination, period. In the economic lull of the post-Olympic period, driving growth was seen as top priority in Tiny Town, and the resort stakeholders who played a part in making that dream a reality should be applauded for their vision. But there have also been less quantifiable side effects of this success that haven't all been positive, and the one you hear about most frequently and most vocally is the erosion of Whistler's unique culture.

Culture is a tricky thing to put a finger on in any community, let alone one that relies on the constant churn of seasonals and visitors as its very economic engine. In the not-so-distant past, when just a few thousand residents called Whistler home, I imagine the distinct culture here was much easier to identify and nurture. The average local felt an integral part of the culture because they actively contributed to it; they could see it directly in front of them. Now, between the stresses involved with making ends meet and catering to the whims of a visitor population that outnumbers the locals by 250 to 1, the average Whistler worker doesn't have the time, money or energy to contribute to much of anything at all other than their bills at the end of the month.

And who can blame them? It's hard to feel ownership over a place that requires locals to hand over the keys to thousands of strangers every weekend and holiday. It's hard to feel like you belong in a town that sometimes seems indifferent to your happiness—and maybe that's as it should be. Whistler, after all, is special because it's not for everyone, and most of us have made certain sacrifices to live here. Sometimes those sacrifices get to be too much. But what they shouldn't do is prevent us from contributing to the culture of Whistler while we still call it home.

We've all heard of the all-encompassing nature of the Whistler bubble. Well, it's just as easy to become consumed with the particular lanes we've chosen here, the bubbles within the bubble: the ski life, the partying, the grind of working multiple jobs just to get by. If we're distracted, it's that much harder for us to notice the seams of our social fabric unravelling.

Maybe it's the echo chamber I live in as a reporter, where the loudest, angriest voices tend to get amplified, but another trend I've picked up on in the near decade spent living here—and I'm certain this is not exclusive to Whistler—is a rise in critical commentary paired with a decline in on-the-ground action. If there are more than two people in the audience at a town council meeting, it's an anomaly, and voter turnout at last year's municipal election—32 per cent—wasn't exactly inspiring, and a far cry from the 55 per cent of eligible Whistlerites who turned out in 2011 to elect an entirely new council. And I'm not talking solely about political action either. Leaving a place better than you left it can come in many forms, and over the course of this community's history, Whistlerites have always been adept at doing, at shirking convention, at stoking innovation to create something bigger than themselves. It's this, not a marketing campaign or a government policy, that is going to preserve and add to Whistler's spirit for decades to come.

Culture is not some abstract ideal, after all. It is an act, a process, a fire that needs to be constantly fed, and it's going to extinguish if we don't take some personal responsibility for it.