In on the secret — at last

Nearly six years ago, as I prepared to write in this space for the first time, I asked Pique's editor, Clare Ogilvie, if my inaugural column could be about hating winter. Her answer: "No. No you cannot write about hating winter in Whistler.
Jan 31, 2018 5:00 PM By: Alyssa Noel 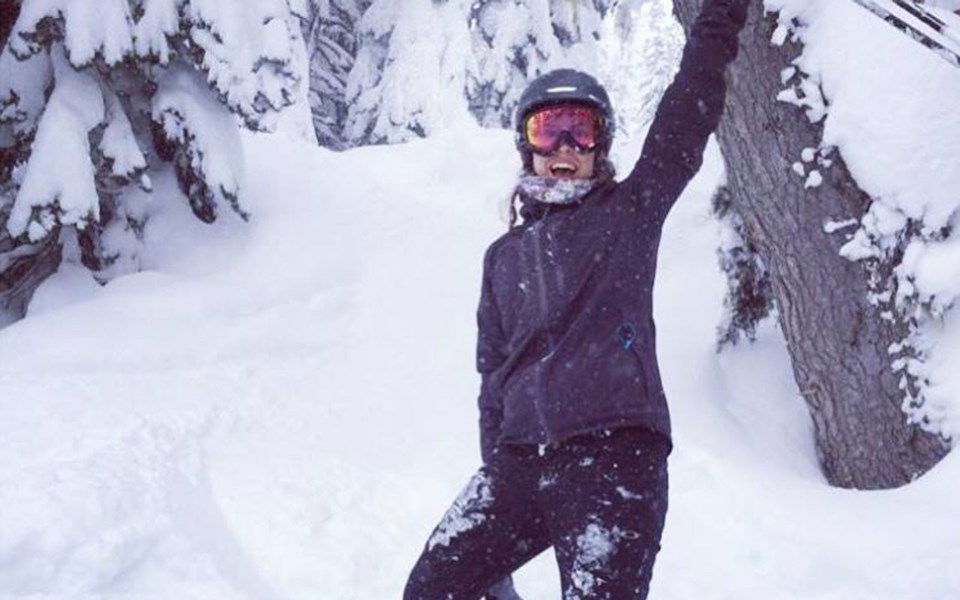 Nearly six years ago, as I prepared to write in this space for the first time, I asked Pique's editor, Clare Ogilvie, if my inaugural column could be about hating winter.

Her answer: "No. No you cannot write about hating winter in Whistler."

To be clear, Clare is not in the business of stifling columnists or reporters. Rather, she was offering some valuable advice to a newbie — one who came to Whistler for a job, not to ski.

She knew the heaps of hate I would get for complaining about the never-ending snow that was making it hard to drive, run outside or do anything other than hide in bed.

But my life has changed a lot since the winter of 2012. About a year later, I left my job as Pique's arts and entertainment editor and attempted to move out east — only to return to Whistler (as so many do). Then, for four years, I served as editor at The Question. (The paper has been thoroughly eulogized, so, for those who never picked up a copy I'll briefly explain it published its final issue on Jan. 23.)

Now, I'm back where I started, at the helm of Pique's arts and music coverage, (with the additional title of assistant editor).

Arguably more important: I've slowly started to inch towards understanding what all the fuss of a Whistler winter is about. (Although, as I write this on Monday, it's as if Ullr spilled a giant margarita all over town and everyone in Function Junction looks pretty grumpy as they dodge ankle-deep slush-puddles.)

Since that first winter, I went from skiing two days — that's in total — to, on average, around 17 days a winter. (Hey, I work five days a week.) I've taken a lesson where I learned a little, but mostly confirmed my suspicion that my technique sucks. I'm still, by far, the worst skier of all my friends, but, season by season, I found more joy in strapping on those two planks and careening down the mountains.

That mild enthusiasm blossomed, at long last, into euphoria last week. I headed up Whistler expecting the same reliably enjoyable day of skiing only to discover nearly every run blanketed in knee-deep powder.

Floating down the mountain I hooted, hollered and smiled until my teeth were — literally — too cold and I had to shut my mouth. I put off my much-anticipated vegan meatball sandwich (first of the year) at Raven's Nest for just one more pre-lunch run. Lunch didn't happen until after 2 p.m.

Adding icing to my powder-covered cake: the sun peeked out from behind the clouds, sending down some vitamin D and busting up the alpine clouds.

In short, it was a perfect ski day. It's probably no coincidence that an email from Vail Resorts landed in my inbox today asking me to weigh in on my "recent Whistler Blackcomb experience."

While the experience was great, more importantly, after six seasons, it made me feel like I finally got it. This is why people move here for a season, live in horrible housing conditions and put their career/school/life on hold. This is why long-time residents fight tooth-and-nail to stay, despite how hard it is to get ahead. This is why people pray for snow and post endlessly about it on social media when it finally falls. Finally, I felt in on the secret.

There are other (many ridiculous) examples of how Whistler has changed me since I first added "Pique" to my resume. I'm no longer afraid of bears, I'm fully equipped to camp alone in the backcountry, I'm well-versed in every corridor acronym — from RMOW to SLRD, CEP to FE&A — and I even have a dog. (No, he's not a "Mount Currie special," but he's part husky and he climbs mountains like no one's business.)

All this is to say in 2018, I'm much better equipped to serve Pique's readers than I was in 2012. I've lived in this wonderful, weird, unique corridor longer than I've lived anywhere else in my adult life.

I might always love the summers here best — with trail running, hiking and camping — but, at long last, I can say that my urge to opine about the hardships of winter has finally faded.