Whether it's readily apparent on the field of play or not, there are and always have been politics working in the sports world.
Jan 17, 2020 12:00 AM By: Dan Falloon 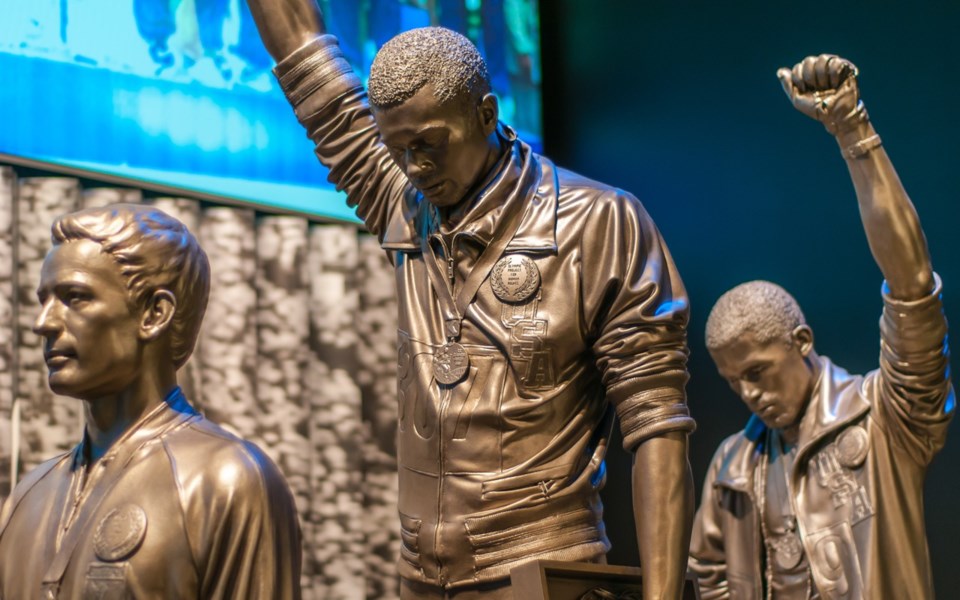 Whether it's readily apparent on the field of play or not, there are and always have been politics working in the sports world.

In the case of the Olympics, requiring massive public investments to host the Games and cozying up to cooperate with governments in Russia and China a total of three times over the past decade-and-a-half tops the list. (The way things are going down south, it could certainly be argued that the 2028 Summer Games in Los Angeles isn't looking so great, either.)

Despite this, the International Olympic Committee (IOC) is reiterating that it is prepared to enforce Section 2 of Rule 50 of the Olympic Charter—"No kind of demonstration or political, religious or racial propaganda is permitted in any Olympic sites, venues or other areas"—at the 2020 Summer Games in Tokyo.

Athletes, however, will still be allowed to express political opinions in official media settings or on social media.

Both were placed on 12-month probation and will be punished if they act similarly in Tokyo.

Berry, when informed of the new rules, said she understands why the rules are in place—the misguided belief on the part of the privileged that sports can entirely separate itself from global political realities—although she didn't agree with the IOC's approach to addressing the issue.

"We sacrifice for something for four years, and we're at our highest moment," Berry told Yahoo Sports. "We should be able to say whatever we want to say, do whatever we have to do—for our brand, our culture, the people who support us, the countries that support us, [everything].

"We shouldn't be silenced. It definitely is a form of control."

It's a little tricky in that Olympians have long had to accept some control of their expressions based on the Olympics' mammoth international sponsorship agreements. It's one frustrating but understandable caveat and compromise that athletes have had to make, rightly or wrongly, in the name of the Games' economic model.

But to restrict demonstrations by athletes seems to be in contrast to the Olympic values and ideals of fostering peace through sport. Imboden and Berry, for example, were demonstrating against racism.

Famously, fellow Americans Tommie Smith and John Carlos raised their fists at the 1968 Games while, along with silver medallist Peter Norman of Australia, wearing badges supporting the Olympic Project for Human Rights. Smith and Carlos were kicked out of the Games and all three saw their careers suffer. It's not insignificant that the IOC president at the time was Avery Brundage, who quelled talks of a boycott of the 1936 Games in Berlin, Germany, then under Nazi rule, and supported including apartheid-era South Africa in the Games.

As the photo of Smith, Carlos and Norman demonstrates, a picture says a thousand words and can have a far longer lifespan than a one-on-one post-competition interview or even a tweet.

While the Games, understandably, seek to provide a safe and peaceful atmosphere for all its athletes, for many competitors, it will be the biggest, if not the only, stage that they attain to raise awareness of important issues in their home countries.

Many of the demonstrations have been in search of non-violent social good, to give a voice to the voiceless, to raise those who need a boost. There's certainly a chance a podium finisher could instead use that opportunity to express support for a brutal regime or backwards social opinion, but how would that not be simply a louder, more conspicuous twist on what the IOC already does given some of the leaders it gets into bed with?

An Associated Press article on the changes ran down some other recent controversies, including seemingly lumping together two disparate occurrences: an Egyptian judoka refusing to shake the hand of his Israeli counterpart at the 2016 Games, or runners-up at the 2019 World Aquatics Championships refusing to join the gold medallist, who had received doping sanctions in the past, on the podium. The waters get a little murkier here, given their interpersonal nature, though a line should be drawn at disrespecting a fellow athlete, rather than his unsporting actions.

Besides, allowing this freedom of expression wouldn't exempt the athletes from other external consequences. Anyone opting to make a political statement on that level will do it knowing full well that they could face a hammering from their team, media, homeland or sponsors and that their careers could suffer as a result. It would not be a decision taken lightly, and if that's how an athlete opts to use his or her fleeting seconds of fame, it, at the very least, should not be quashed by the hosts.