Let the Games (re) begin

The 2010 Olympics were a trying time for me. I had a two-year-old daughter at the time who wasn't sleeping and most of my days and nights were spent covering events and writing stories.
Mar 5, 2020 11:10 PM By: Andrew Mitchell 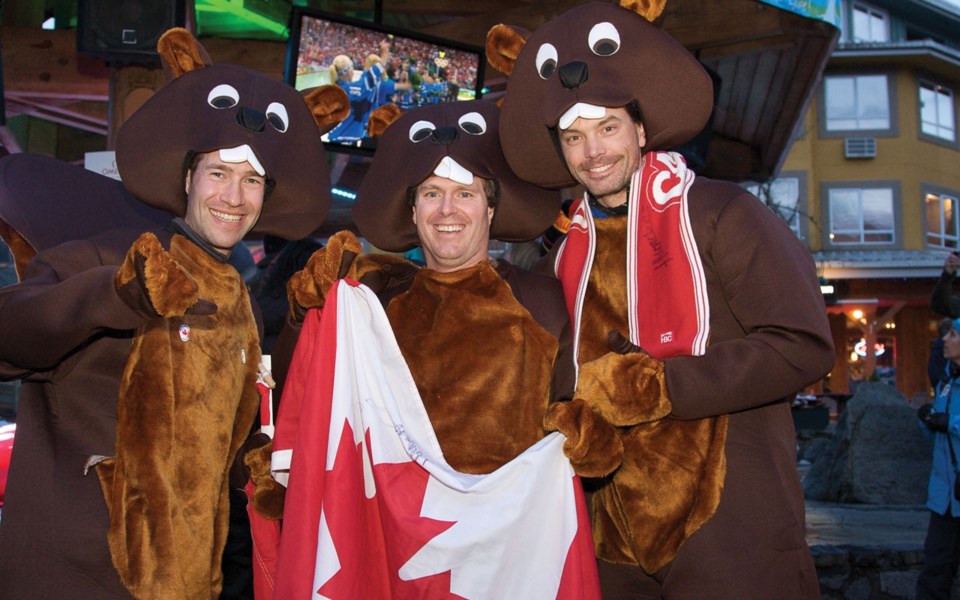 The 2010 Olympics were a trying time for me. I had a two-year-old daughter at the time who wasn't sleeping and most of my days and nights were spent covering events and writing stories. I kept a time sheet and logged 96 hours of overtime over 16 days.

As a Whistler sports reporter, it was particularly frustrating to be lumped in with a bunch of reporters that knew nothing about the sports and the athletes I spent my daily life covering, and used their time in the scrums to ask the stupidest questions you could imagine—like what just happened and how do those athletes feel about it. Reporters would ask athletes how their seasons are going and "what's next for you?" when that information was readily available on half a dozen websites.

It was more than a little insulting to the athletes as well. World-class athletes compete in their sports week in, week out, year after year, only to have a bunch of lazy journos show up every four years to imply that nobody, especially them, was paying much attention up until that moment.

Most Olympic sports keep point tallies over an entire season, crowning all-around champions based on the average of months of results—rewarding the best overall performance rather than sometimes fluke-y one-time results. Making it all about that one race or competition in the Olympics really isn't fair to the athletes in a lot of ways.

Despite my experiences and sincere belief that Olympic medals are overrated, I do find myself agreeing with former Vancouver Organizing Committee (VANOC) CEO John Furlong and others that have been using the 10-year anniversary of the 2010 Games to float the idea of a 2030 bid. We should absolutely host the Games again. In fact, all the specialized infrastructure required for a Winter Olympics, like ski jumps, speed skating ovals and bobsleigh tracks, has always made a strong case for designating four or five permanent hosts and rotating the Games between them.

Vancouver has the land to build another athlete village, which could provide the city with some badly needed affordable housing. More transit is also a priority, and the Games could be leveraged to do already necessary things like doubling Canada Line capacity and adding light rail to UBC and down Broadway. The skating oval in Richmond could be repurposed, or another badly needed venue could be added to Burnaby and Simon Fraser University for races. Everything else already exists for hockey, figure skating and curling.

In Whistler, the sliding centre is good to go once again, as is Whistler Olympic Park. A mix of temporary and permanent housing could be built for athletes in the Callaghan, with temporary housing going to First Nations and/or resource communities after the Games are over. Putting the nets and safety systems back up on the downhill course could be done in a few weeks over a summer.

The cost of hosting a Games is one of the main reasons people oppose it. However, because most of the venues are already in place and any new additions like housing will eventually pay for themselves, the 2030 Games could be a revenue generator for the province—or should at least cover its own costs while adding things like transit options that were needed anyway.

The IOC is contributing $925 million in U.S. dollars to the host city of the 2026 Olympic Games, which would give Vancouver-Whistler organizers well over a billion dollars to invest in hosting 2030. The federal and provincial governments will also make contributions through various sports and infrastructure programs.

One of the benefits of hosting the Games has always been the intangibles. A cafeteria at the Whistler Athletes' Village became a busy gymnastics club that has already sent one local athlete to worlds, while the housing around it now provides beds for over a thousand locals. Whistler Olympic Plaza, created for medal presentations, has become an outdoor skate rink and concert venue. There are countless examples of Olympic legacies.

There were downsides as well. Business took a hit before and after the Games, although it's difficult to say how much of that was Games related and how much had to do with the massive economic collapse that occurred just two years before. Development also increased in Whistler as a result, contributing to the traffic we all love so much.

In Vancouver, planned affordable housing never materialized as units at the Olympic Village eventually had to be sold at market rates to recoup costs. It was still a good investment for anyone who bought in, but it didn't do much to resolve Vancouver's need for low-income housing or its homeless situation.

Accounting for the 2010 Games is also still hotly debated, and whether the cost of the Sea to Sky Highway upgrades and Canada Line, both necessary things, should be added to the total.

There's a 100 per cent chance that the "Bread Before Circuses" crowd will go at a 2030 bid full tilt, and I welcome that. They will ensure that the 2030 Games are transparent and create all the benefits they were supposed to the first time.

The only way it makes sense to host an Olympic Winter Games once is to hold them twice. Let the bid for the 2030 Games begin.