Last summer, I was in Vancouver and went to a movie. At the Scotiabank Theatre, above the ticket sales kiosks, were 10 to 12 posters on display.
Feb 5, 2014 8:00 PM By: Cathryn Atkinson 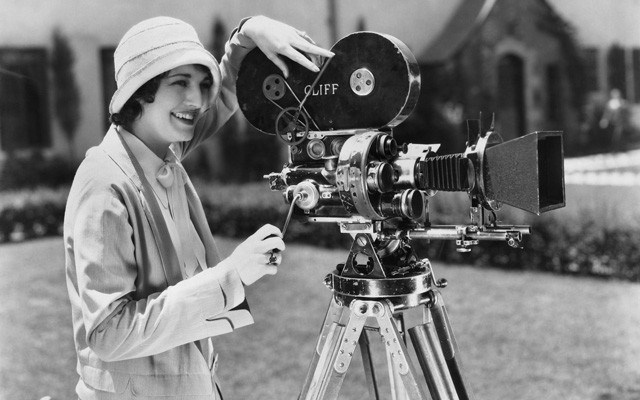 Last summer, I was in Vancouver and went to a movie.

At the Scotiabank Theatre, above the ticket sales kiosks, were 10 to 12 posters on display. They had one thing in common — no women were portrayed on any of them apart from a single silhouette of a female form.

A complete absence of women apart from the one with no identity. It was disturbing.

I recognize that not every week is like this in the Scotiabank Theatre lobby, but as Oscar-nominated director Lexi Alexander noted in Indiewire in January, the opportunities don't exist in the mainstream for female directors and producers. The Hurt Locker's Kathryn Bigelow is the exception, not the rule.

But this can change and one of the ways to start it is by flagging such problems and saying it's not OK. It's time to make more stories by a more diverse crowd of storytellers accessible to everyone who loves movies, which means everyone, but it's going to take a deliberate push.

I was in Whistler Conference Centre in early December, at the awards breakfast on the final morning of the Whistler Film Festival (WFF), and I witnessed a spontaneous, remarkable moment for Canadian filmmaking.

Jennifer Merin of the New York-based Alliance of Women Film Journalists (AWFJ) handed out two EDA awards from her organization. Toronto filmmaker Ingrid Veninger won one of them, Best Female Directed Narrative Feature for her film The Animal Project.

Veninger got up on stage to accept the award from Merin and made a plea to those in the room, boldly asking for $6,000 to get her screenwriting training project for women, pUNK Film's Femme Lab, off the ground.

"I know this is a ballsy request, but I would like to see more feature films made by women! Who can donate $6,000 for six features?" she asked the audience, which included some pretty heavy film industry guns.

There was a brief pause followed by "I'll do it!" And lots of applause. Oscar winner Melissa Leo, who attended the WFF, stepped up.

The exchange picked up headlines in the Toronto Star and Variety, among others.

And because of Leo's generosity, up-and-coming Canadian filmmakers Michelle Latimer, Anais Granofsky, Mars Horodyski, Danishka Esterhazy and Sophie Deraspe are now in the middle of Veniger's screenwriting program in Toronto. The $6,000 will mean six completed screenplays by the summer.

It takes considerably more money than $6,000 to get feature films made, and the quality needs to be good, but without the opportunities to learn and connect, these things don't happen. Come from outside the status quo and it gets even more difficult.

Last week, I got into a conversation with a talented Toronto writer I have worked with before, Zainab Amadahy, after she put out a pitch on her Facebook page.

She wrote: "Premise of my sci-fi horror script Rebellion: 'A bio-engineer convicted of murder is sent to a privatized off-world prison where, to earn a pardon, she assists a scientist with unethical experiments on inmates, until a young girl with paranormal abilities inspires her to rebel.' Would you see this movie?"

She and I got to talking about the potential of getting it made. Amadahy is not inexperienced, she has written low budget screenplays, too, and has a short film called Alien Night already produced.

I observed that Rebellion would most likely be a big-budget, (Hollywood) studio movie because generally that kind of sci-fi excitement is not something that can be done cheaply.

Then I said it would be hard to convince a studio to have a female lead.

She replied that she was aware of this, but then added the greater challenge is that she would like to see a woman of colour carry it.

In terms of similar films, Sandra Bullock proved last year that she could carry Gravity. Sigourney Weaver carried Alien. Will Smith remains a popular African-American actor who has starred in many sci-fi movies.

But a woman of colour carrying the hero role in a sci-fi film would be revolution of a sort. Zoe Saldana comes to mind, thanks to her work on Star Trek.

I asked Amadahy what the significance of getting Rebellion made would mean.

She said: "Depends. If it is relatively intact when finally done, the film will give space to marginalized voices and narratives, employ actors from marginalized communities and raise issues related to prison privatization, bio-engineering, prisoner rights, human rights, Indigenous sovereignty, terrorphobia (what Amadahy describes as an exaggerated fear of terrorism occurring) and so much more. Personally, it would, of course, boost my writing career."

The script is ready for pitching. She's already had some good feedback from a U.K. production company. She is aware of the challenges she faces.

Should she let that deter her? Hell, no. Women like Amadahy broaden the scope of human storytelling because she imagines and then she pushes. Good luck to her.

In January, I was invited to join the AWFJ and this year I will be one of the members who votes on their two-dozen-plus awards that go to both general filmmakers and to women-specific categories.

I get a chance to make a small contribution to the debate. It's quite an honour.