So this is Christmas / And what have you done Another year over / And a new one just begun — John Lennon One reason I've always had an uneasy relationship with Christmas (love the get-togethers, winter season, time off; loathe the commercialism
Dec 27, 2017 5:00 PM By: Leslie Anthony 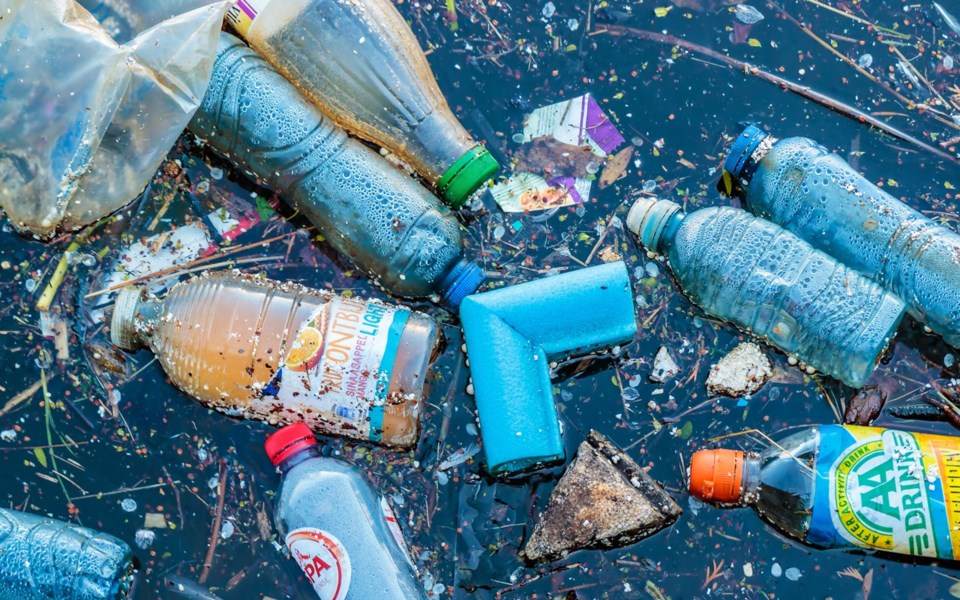 One garbage truck of plastic waste is dumped into the world's oceans every minute, equivalent to 8 million metric tons of bottles, packaging and other waste a year, killing marine life and entering the human food chain. Plastic fix

One reason I've always had an uneasy relationship with Christmas (love the get-togethers, winter season, time off; loathe the commercialism, faux-religiosity, general hypocrisy) is the stuff we buy solely due to inculcation of a fatuous cultural story, increasing an already out-of-control consumerism, carbon footprint, and generation of waste. Christmas comes bundled in a swirl of garbage, much of which is carelessly discarded with little attempt to recycle.

Problems associated with plastic include use of non-renewable resources (crude oil, gas, coal), disposal, and environmental impacts. Encountering more of it in the environment has made me very plastic-conscious. Like many Whistlerites, I take pride in consuming as little as possible, eschewing items packed in plastic (though it's bloody hard to avoid) and taking time to recycle even the tiniest scrap. My partner and I are proactive in reducing use, from bamboo toothbrushes to a total ban on plastic bottles, from re-usable shopping bags to storing food in glass rather than plastic. We also use long-lasting cloth/beeswax wrap for refrigerated items (food stays fresh 10x longer than in plastic) eliminating the need for plastic film wrap, and recently purchased natural-fibre mesh bags to replace the film bags grocery stores provide for veggies. We re-use plastic storage bags over and over, stretching a single box over years.

Yet for those of us treading this path, and the great waste-reduction strides made by the Resort Municipality of Whistler, we still live in a community that has yet to outright ban single-use plastic bags — despite communities around us (Victoria, Nanaimo) and across Canada doing so, as well as many countries (dozens in Africa and Asia, albeit with variable results), states (California), and Colorado ski towns (Aspen, Crested Butte, Telluride, Carbondale have total bans for large retailers, with a 10- to 20-cent charge for paper bags). The passing of another Christmas makes me think it's time to use this momentum to make the move once and for all. And while we're at it, follow other communities in banning plastic straws and making other demands of commercial establishments that won't do so on their own.

Top-down efforts get faster results: individuals can't be counted on to lead on issues of disposability and recycling. We need to change the narrative given the current crisis, which I itemize here as impetus to give yourself the gift of reducing plastic use this holiday season:

• One garbage truck of plastic waste is dumped into the world's oceans every minute, equivalent to 8 million metric tons of bottles, packaging and other waste a year, killing marine life and entering the human food chain. A study by the University of Ghent in Belgium calculated that humans who regularly eat seafood (including sushi) consume up to 11,000 plastic fragments each year.

• New research suggests 90 per cent of plastic waste enters oceans through 10 major river systems: two in Africa (Nile and the Niger) and eight in Asia (Ganges, Indus, Yellow, Yangtze, Haihe, Pearl, Mekong and Amur). "You could reduce ocean plastic loads tremendously by focusing on these 10 rivers," says lead researcher Christian Schmidt of Germany's Helmholtz Center for Environmental Research. The social advocacy group Avaaz is currently launching a campaign to do just that, raising money to send plastics experts to cities along the rivers to devise clean-up plans, launch massive public campaigns along polluting rivers, and lobby donor countries to fund the 10 Rivers Plan.

• We use 1.4 billion plastic bottles every single day, or 20,000 bottles every second, only a fraction of which will ever be recycled, and, entering the environment, take up to 1,000 years to break down. Annual consumption will top half a trillion bottles by 2021, outstripping recycling efforts and jeopardizing oceans and coastlines, driven by an insatiable desire for bottled water and the spread of western urban "on the go" culture in China and the Asia Pacific region. A circular economy in which otherwise single-use plastic bottles were reused, refilled and recycled would close the loop, save billions of dollars, and decouple plastics production from fossil fuel consumption.

• Only about five per cent of plastic is recycled effectively. Global plastic production was 322 million metric tons in 2015, and will quadruple by 2050 at which point, if current pollution rates continue, there will be more plastic by weight in the sea than fish, according to research by the Ellen MacArthur Foundation.