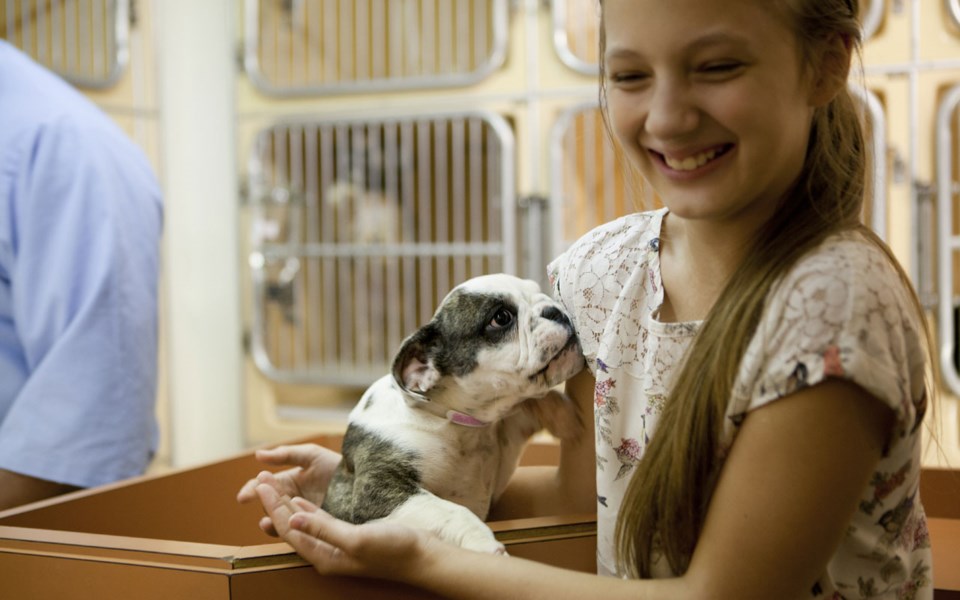 The COVID-19 pandemic flipped life upside for pretty much everyone.

On the surface, this is incredible news. With pets proven to ease the negative feelings associated with isolation and mental health issues, shelters like Vancouver’s SPCA saw a remarkable increase in online dog adoption applications, as general manager Lorie Chortyk told our sister publication Vancouver Is Awesome last month.

“We’ve not only seen an increase in applications but the number of applications we’re getting per animal,” she said. “Sometimes it’s 200 people who apply for one dog.” The demand is so high that Vancouver’s main SPCA branch does not currently have any dogs listed for adoption on its website, despite the fact that the shelter takes in new animals on a daily basis.

But on the not-so-bright-side, that likely means more people than usual are turning to breeders for a new pup.

For a long time, I’ve had trouble understanding why the first stop for so many prospective pet owners is a breeder, or worse, Kijiji or Craigslist.

I get the reasoning—you’ve always dreamt of owning a particular breed, you’re looking for a hypoallergenic pet, you’re more comfortable knowing a dog’s lineage or medical history, you don’t want to deal with some of the quirks that a shelter dog may have, or maybe you’re discouraged by a shelter’s necessarily rigorous application process. I have a few counter-arguments, but I’m trying my best to avoid turning this column into a rant.

This isn’t to shame those who purchased their pet from a breeder, or to say there aren’t many responsible breeders in Canada that take proper care of their animals and aren’t part of the horrific puppy-mill industry, or that those dogs aren’t just as deserving of good homes.

But I don’t necessarily agree with the decision to support an industry that brings more animals into the world for profit when there are millions of deserving animals around the world that are already so desperately in need a home—many of which will be euthanized before they can find one.

According to Humane Canada, Canadian shelters took in more than 81,000 cats and nearly 30,000 dogs in 2018, the most recent set of statistics available. Of those, 35 per cent of all dogs and 34 per cent of cats were surrendered to shelters by their owners. Meanwhile, the fraction of dogs deemed healthy, treatable or adoptable that were nonetheless euthanized was two per cent in 2018—or about 600—while seven per cent of healthy cats, or around 5,670, were euthanized that year.

Just picture 5,670 cats, and 600 healthy dogs who could have lived healthy, happy lives.

Another potential downside to the pandemic-stoked uptick in pet guardians? As life regains some facets of normalcy while the economy continues to suffer, some of those new pet parents may realize they can’t keep caring for their new friend, inevitably contributing to the number of animals abandoned to shelters.

That’s one reason why, as I write this, the City of Vancouver’s Renters Advisory Committee considered a motion calling for the prohibition of the “no pets” clause in rental contracts at its Oct. 6 meeting.

The motion states that “COVID-19 has exacerbated an already existing problem: the current legislation discriminates against renters that have pets and are trying to find affordable housing in B.C.”

According to the BC SPCA, these “no pets” policies are the leading cause for surrender and abandonment of pets. The animal welfare organization says about 20 per cent of companion animals surrendered by their guardians are abandoned due to lack of available pet-friendly housing, representing about 1,500 pets annually.

The prohibition of landlords’ and stratas’ ability to include “no pets” clauses in rental agreements isn’t unheard of; it has already been successfully implemented in Ontario. The motion argues that as such, it may be studied and applied here in B.C.

Anyone who’s sought rental housing in Whistler knows that the vast majority of options carry the stipulation that in order to live there, you cannot have a pet, despite the well-studied benefits pet-ownership offers. The few options that do allow renters to keep pets typically cost more in an already astronomical market.

As long as pet owners are willing to take responsibility for their companion, I can’t see why Whistler can’t at least look into taking a similar stand. And if you, like me, are an aspiring dog owner who can’t wait to bring home a little furball as soon as possible, please at least attempt to deny the burning desire to scroll through puppies for sale on Kijiji—eventually, there will be a rescued animal in need of a good home that will fit perfectly into yours.

PIQUE'N YER INTEREST: Oh, the places (in the Sea to Sky corridor) you will go
Sep 19, 2020 8:00 AM
Comments
We welcome your feedback and encourage you to share your thoughts. We ask that you be respectful of others and their points of view, refrain from personal attacks and stay on topic. To learn about our commenting policies and how we moderate, please read our Community Guidelines.