PIQUE'N YER INTEREST: Birth and death during a pandemic 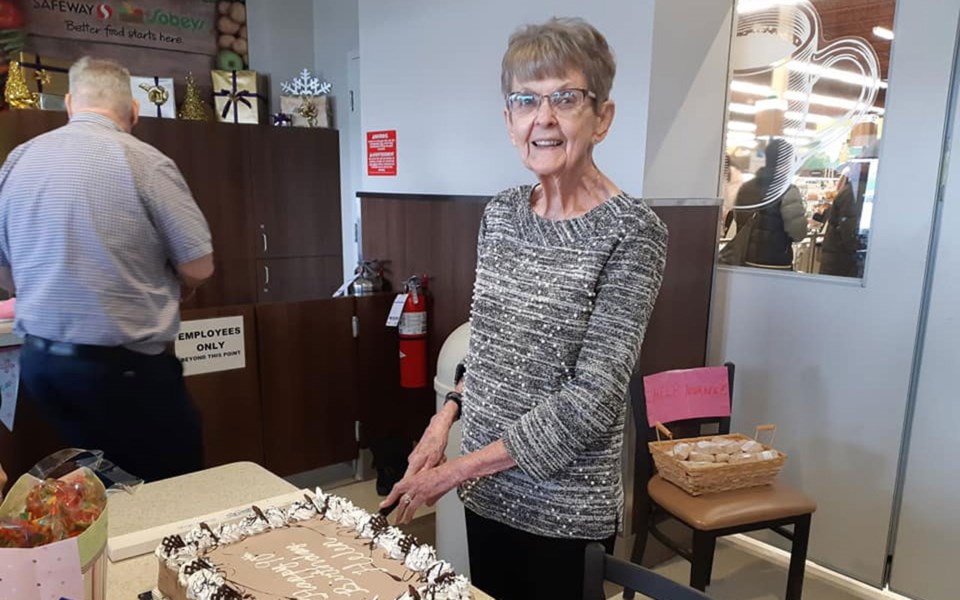 Shortly after my now-wife and I started dating, she had a dream (nightmare?) that I wrote a regular column called “In Case You Missed It” in which I would run down in great detail my own life’s minutiae with zero care taken to making it relevant or interesting to readers in any way.

At the risk of confirming the prophecy, here are some dispatches from the pandemic as it drags on into an eighth month and towards winter.

In March, when the situation became more serious in Canada—in Whistler and Squamish and beyond—and has continued to maintain that grip, everyone had a different situation and reaction to what was happening.

Of course, there was a common sense of fear and confusion, but there was also a general confidence that it was a challenge that could be contained if we shut down for a spell. But not everyone could completely shut down, understandably in the case of essential services, and, less acceptably, not everyone would.

As much as life halted, in other ways, it also went on. Nearly every activity was tightly controlled, with even major milestones such as weddings being postponed or, as we saw in our own office with assistant editor and arts editor Alyssa Noel’s, live-streamed. But there are the big ones that couldn’t be stopped: birth and death.

My first taste was one I could see coming, at least: my sister announced last  Christmas that she and her husband were expecting their first child, due in August.

At the time, my wife and I immediately started kicking around dates we might be able to go meet our new niece or nephew back home in Winnipeg, reasoning that one of the long weekends, maybe Labour Day or Thanksgiving, would be best. We’d make travel arrangements closer to.

Ella came into the world on Aug. 3, and while we’ve had several Skype sessions and bore gifts in the form of parcels, we haven’t yet made the journey to the prairies to hold her. Our initial concern was flying in and potentially bringing the virus to a place—and potentially to friends and family—that hadn’t seen much in terms of a first wave, but now with COVID-19 rates spiralling out of control there in the heartland, we’re just as much avoiding the chance we might make things worse out here.

The other shoe dropped more recently after my grandmother was admitted to a Winnipeg hospital after suffering a fall at home. She was stable, sharp, in good spirits and even approaching 91, with some elbow grease, there were hopes that she would be able to recover and maintain a good quality of life. Things took a turn when she fell a second time in the hospital, this time with more severe consequences.

Hearing it second-hand, the healthcare experience during the pandemic seemed like a surreal process all around. When the EMTs met my grandmother at her condo, she found it difficult to understand their questions or instructions through their layers of personal protective equipment. For two weeks, my mother was the only person allowed to visit, though, in a silver lining, this period had elapsed before my grandmother’s condition worsened and her bubble of visitors was allowed to expand safely and slightly.

We had video chats with her in the hospital, and ultimately had to say goodbye this way, though we were grateful for the opportunity to do even that.

With no real chance of regaining a reasonable quality of life, and with her pain managed, it was with some relief that she passed peacefully on Oct. 17.

In retrospect, the timing of her passing was fortuitous in another sense in that the hospital is now the site of a serious COVID outbreak just a floor up, so it’s a relief knowing that she’s no longer at risk of potentially experiencing a far worse death and that my family members have removed the risk of wandering in the belly of that beast.

Thankfully, we are holding off on having a service until it’s safe to travel and to gather, but even that can be a point of contention.

Unlike B.C., Manitoba is implementing tightly targeted restrictions in affected areas. In an instance I recently heard about, a family couldn’t welcome more than 10 people to a funeral service within Winnipeg, so they instead opted to host it 30 minutes outside city limits where it was possible to hold a much larger gathering.

You don’t want to blame people for their decision-making when they’re in the throes of grief, so that’s why it’s even more important that government steps up to protect them from themselves, especially at times when one funeral could kick off a series in quick succession.

There are all sacrifices we need to make during a pandemic. It’s not easy. There are going to be lasting effects, and we’re all going to have FOMO experiences that are more than just not taking part in a sweet pow day or awesome club night. Let’s do our part to stem the virus’ spread, and make sure we keep as many family members and friends around to collectively work through these challenges in the years to come.