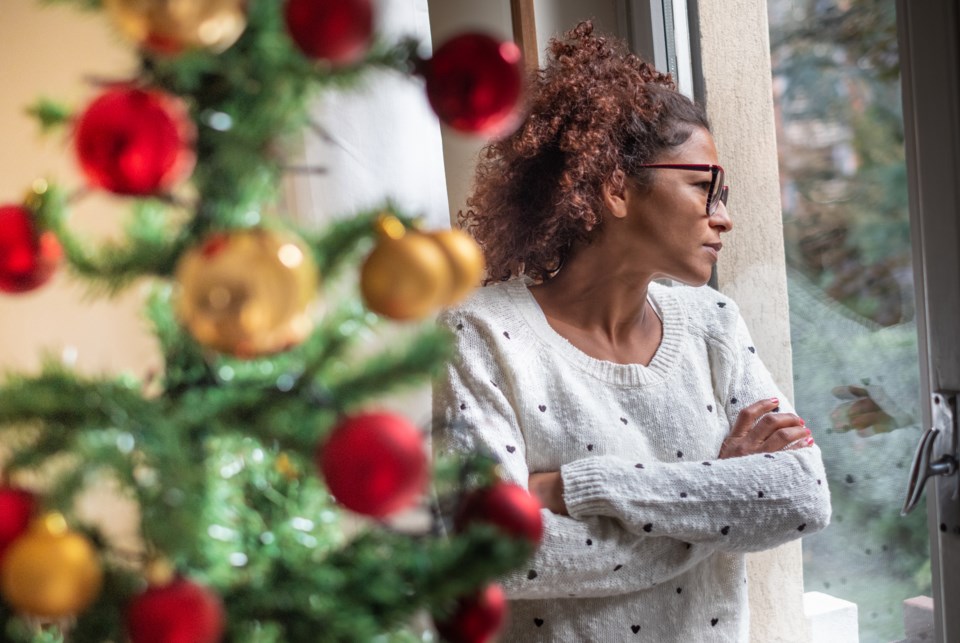 We are, to trot out another COVID-19 cliché, all in this together, and more than any other year in Whistler’s short lifespan, we need to keep that in mind as we head through what can be an incredibly stressful, lonely period for many. gettyimages.ca

As I write this, we are officially three days from Christmas, and yet, except for the usual Yuletide markers dotting Whistler—the lights, the picturesque snowfall, the odd Santa hat—you would never know that we are already well into Whistler’s prime season.
Like it did for most of this strange, unforgettable year, COVID-19 has disrupted the holidays for millions of people around the world, but in tourist hotspots like Whistler, the upheaval feels even more noticeable.

In quote-unquote “regular” communities, shops may be shuttered and social gatherings are still banned, but at least you know the vast majority of residents are sitting at home, twiddling their thumbs like the rest of us.

In Whistler, where our demographics shift with the season, not only have we lost the influx of foreign workers that add so much to our social fabric at this time of year, but we can no longer welcome the stream of international visitors who come here to spend their holidays.
Celebrating, and in turn playing host to the celebrations of so many others, is Whistler’s entire raison d’etre, begging the question: What happens to Canada’s winter wonderland when Christmas is, for all intents and purposes, cancelled?

The obvious answer to that is plain to see: the hotels are half full, businesses are banging their heads against a wall trying to make ends meet, and, hey, there’s a bit more space on the mountain. (That’s one of those fandangled “silver linings” you keep hearing about.)

But, at least for the purpose of this column, I’m less concerned with the economic well-being than the emotional well-being of Whistler, so I’ll just ask straight up: Are you doing OK?

You don’t have to answer that if you don’t want to, but I put it to you in the spirit of Christmas just to let you know: Whatever you’re going through, you’re not alone, even if it might feel that way. And, more importantly, you’re not-alone-ness doesn’t have to be a barrier to asking for help. In dark times, it’s nice to know there are others out there experiencing similar things, but when that darkness reaches across an entire society, all of a sudden your problems can feel inconsequential, trivial.

So much great work has been done locally during COVID-19 to normalize this idea. The Whistler Blackcomb Foundation launched a marketing campaign this summer that centred around the slogan: “It’s OK to not be OK.” The municipality held a series of “Community Conversations” online that touched on a wide variety of topics, including a session led by Zero Ceiling’s Chris Wrightson focused on belonging and inclusivity in Whistler. The Whistler Community Services Society, which in October saw a record number of people seeking counselling, has continued to carry the torch for mental health in spite of the massive strain on resources the pandemic has created.

I applaud these frontline organizations for the progress they’ve helped push forward, but especially during the holidays, I hope that the same outreach happens on an individual level as well.

Whistlerites, by and large, are a pretty resilient bunch, and we take pride in the fact that we’ve carved out such non-traditional lifestyles to live in one of the most beautiful places in the world. But that deep-seated sense of independence, combined with the fear of vulnerability that is so prevalent in a sports-oriented party town, means that we can also be reluctant to ask for help when we need it. So don’t wait for a friend to come to you. Because it could save a life.

We are, to trot out another COVID-19 cliché, all in this together, and more than any other year in Whistler’s short lifespan, we need to keep that in mind as we head through what can be an incredibly stressful, lonely period for many.

Most of us have made the choice to be here, to live far away from loved ones. But in the absence of that vital support network, Whistlerites, as they have for decades, forge their own rag-tag families—and the best thing about family is they look after each other even and especially when times are tough.