PIQUE'N YER INTEREST: How will we reckon with Whistler’s COVID-19 catch-22? 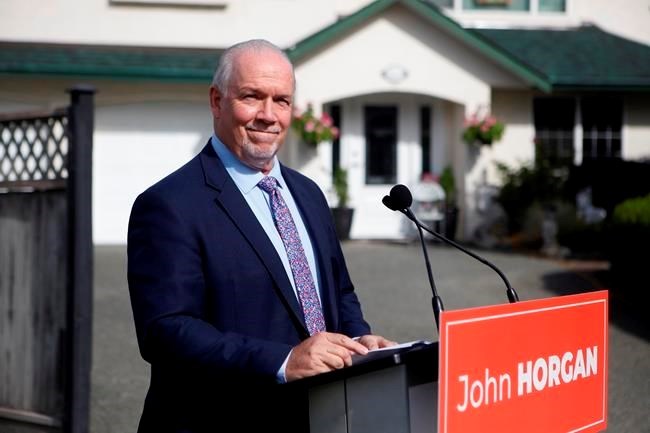 B.C. Premier John Horgan placed the blame at the feet of young adults for the recent spread of COVID-19, failing to acknowledge the issue is largely based in class, not demographics.File photo

I’ve always been fascinated with how Whistler views its heaving tourism engine, the very foundation of our resort community. Like a lot of tourism hotspots that have been overrun in recent years, resentment towards the visitor has seemed to simmer just beneath the surface, before boiling over completely in the midst of the COVID-19 pandemic and related travel advisories.

And unlike B.C.’s premier, I’m not going to blame this one on the youth. The issue, by and large, is rooted in class, not demographics, and examples of this can be found in tourism havens across the globe.

For a certain jet-setting sect, loose mask restrictions, wide open spaces, and desirable weather have spurred waves of well-heeled tourists with the money and inclination to escape their home communities for a semblance of pre-pandemic normality. In the Cayman Islands, where government officials successfully limited community transmission early in the pandemic through strict lockdowns and border closures, that hard-earned bubble was pierced in November when an 18-year-old college student from Georgia flouted her two-week quarantine and removed her geo-tracking bracelet on a visit with her Caymanian boyfriend. (It was enough to earn the ire of the government and a four-month prison sentence—which was cut in half after lobbying from Georgia officials, and, uh, Eric Trump.)

In Mexico, where tourism accounts for 17 per cent of the national GDP, relaxed borders—with no viral testing or quarantine required—led to a spike in foreign travellers (and COVID cases), with Cancun’s airport seeing international arrivals jump from 1,000 last April to about 1.3 million in January of this year.

Thanks to events like November’s Art With Me Festival and its five days of unmasked, undistanced partying plastered all over social media, Tulum has earned the unofficial title of the pandemic party capital, even as locals have done everything in their power to follow regulations and keep their community safe.

“I live every single day [with] all these restrictions. I don’t know why we got this reputation,” Tulum hotelier and restaurateur Aldo Barrera told Vox in a January article.

It’s a Faustian bargain every tourism town has had to make during the pandemic, as they try to strike an almost impossible balance between medical and economic well-being. It’s also a delicate calculation that young people most often have to bear the consequences of.

So, while B.C. officials point fingers at young adults for our latest spike, including in Whistler, where 83.2 per cent of recent cases were among the 20-to-39 crowd, I’m seeing less responsibility placed at the feet of those very same officials who just weeks ago were encouraging the public to day-trip to Whistler as numbers continued to climb province-wide.

It’s no huge secret that the demographic most likely to work on the frontlines of the customer-facing tourism industry and most likely to be crammed into tight living quarters are the twenty- and thirty-somethings who have, for decades, traded sweat equity for the privilege of spending a season or two in Whistler. (There’s something incredibly telling about a community that had to scramble to find units for residents to self-isolate in—a joint program between Whistler Community Services Society, Vancouver Coastal Health and BC Housing—while more than half of our privately-owned homes sit vacant.)

And while I’m not going to pretend like every young person in town is some sort of saint that has followed the health protocols to a tee, there’s a sad irony in putting the blame on the most economically disadvantaged members of a community as they’ve had to begrudgingly cater to the needs of the tourists who only find themselves here because of the government’s wishy-washy stance on travel.

There’s been a lot of talk in recent months of the ways in which the pandemic has normalized conversation around mental health in Whistler, a long-overdue discussion here. I hope that, as we consider the emotional and physical well-being of our most vulnerable, we also consider the economic well-being of the very workers who make this town run.