PIQUE'N YER INTEREST: Whither bikes, and other things? 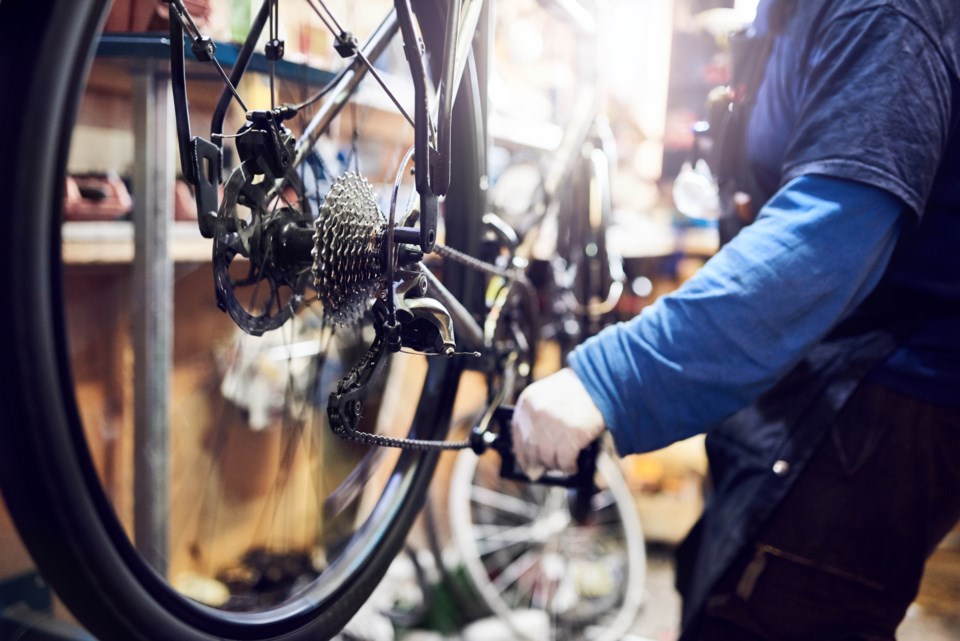 COVID-19 has interrupted supply chains and boosted demand for bikes to the point they are almost impossible to buy.gettyimages.ca

Imagine doing hundreds of extra hours of work on evenings and weekends just so you can buy a couple of new mountain bikes for yourself and your family, only to discover that there’s a global shortage of frames and parts that makes them impossible to buy. It’s an unprecedented situation. The money is literally burning a hole in my pocket (which, when you think about it, is a pretty good metaphor for cash that’s steadily losing value in the bank at 0.5 per cent interest.)

So what’s going on? Why can’t I turn my hard-earned cash into an off-road lumbar spine and quad killer? The skin on my knees and elbows isn’t going to flay itself.

It’s a tragic story about how the global supply chain we’ve become dependent on isn’t perfect, and how small details can result in Giant inconveniences when it comes to Specialized goods.

One issue is demand, which has been Intense. Bike sales are way up with COVID-19. People rushed out in record numbers to buy all kinds of bicycles for virus-free transportation and recreation. One report on mountain-bike sales numbers suggests purchases are up 130 per cent over the past year—which is more than double if you’re not a Devinci when it comes to math. It really is the perfect sport for social distancing, providing you stay out of the emergency room.

It’s not easy to ramp up production to meet that kind of demand. Most bike companies are still filling orders that were made a long time ago—2021 bikes had to be ordered in early 2020 to give companies time to make frames and the 250 parts that go into the average mountain bike. Companies have added shifts and doubled their operations to try and meet the demand, but there isn’t one factory that provides everything and components are being delivered at different times.

Donald Trump also played a role, as he has in every crappy thing since 2016. Tariffs against China have resulted in production being relocated to a dozen other countries. Some parts are being made in Vietnam, others in Indonesia. Assembling a complete bike has become quite the global Trek.

On top of that is competition, which also had to Raleigh. Mountain biking is a big industry, but the Yeti’s share of bikes sold in the world—around 75 per cent—are not built for riding up and down a Rocky Mountain. While mountain bike manufacturers are looking to capitalize on demand, so are all of the companies that peddle road bikes, commuter bikes, BMX bikes, and all kinds of other two-wheeled fun machines.

Bikes also compete with other industries for raw materials, like carbon and various metals, which also happen to be in high demand and short supply right now. The result is that goods like bikes have had to increase in price by 10 to 15 per cent to cover these rising commodity prices.

Global shipping is also having a bad day.

Shipping containers, or sea cans, are extremely hard to find at the moment. One reason is that the level of global trade increased and with it the competition for a finite number of containers—and the number of cans available for shipping isn’t increasing fast enough to keep up.

Plus, a huge number of shipping containers are being lost over the side of overloaded ships—2,675 of them this past December and January alone, almost double the annual average in two months. It’s possible that some bikes or bike parts were in those lost containers as well—or are stuck in the Suez Canal on the now impounded Ever Given, which wasn’t allowed to go Scott-free after tying up more than 200 freighters for six entertaining, meme-filled days.

Apparently bikes also don’t ship very well compared to other goods. Maybe 250 frames can fit in one container, which means manufacturers need a lot of sea cans, which aren’t available, to fill their tens of thousands of back orders.

So here we find ourselves waiting for enough bikes to be assembled to buy, and lucky to still have whatever used bikes we thankfully didn’t sell off at the end of last year—unless you did in which case I’m well and truly sorry, Bro(die).

If there’s a larger lesson to be learned, it’s the same lesson we learned at the start of the pandemic—global supply chains are sometimes unreliable and come with costs as well as savings. At this time last year it was a shortage of masks, respirators, hospital beds, Vitamin C and D, and, inexplicably, toilet paper. Now it’s bikes, bike parts and bike gear.

A few Canadian companies still make their own frames, like Whistler’s Chromag, as well as some parts here and there, but we don’t currently manufacture everything you need to build a complete, good-quality mountain bike. Maybe that will change in the future if shipping continues to be unreliable and expensive, and manufacturing costs go up over time—one day our bikes may be 100-per-cent Canadian made.

A situation where people have money to spend and nowhere to spend it just may be the catalyst that makes that happen, which in my opinion would be a good thing.