PIQUE'N YER INTEREST: Oh, the places (in the Sea to Sky corridor) you will go 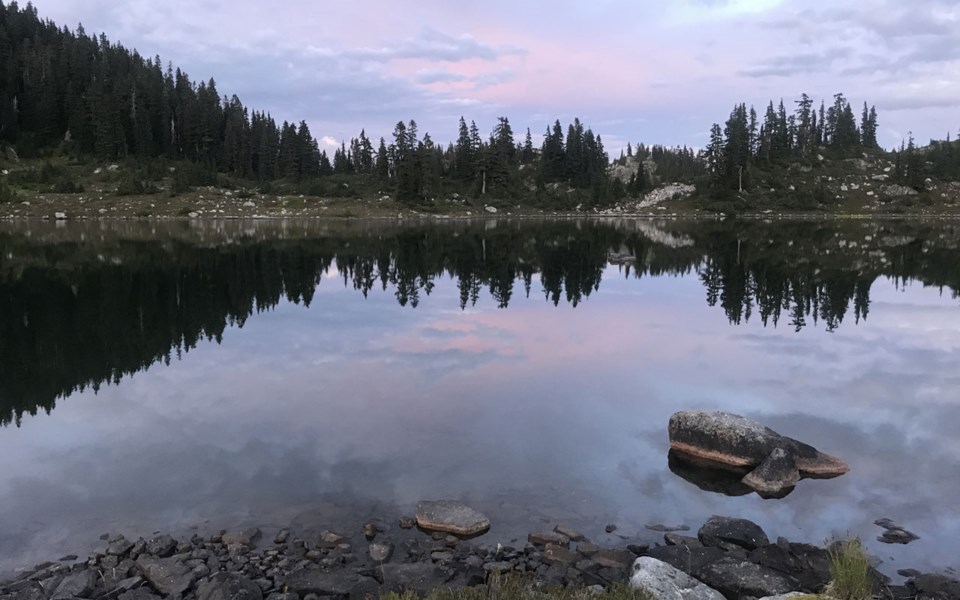 No matter where you live in the Sea to Sky corridor, life is pretty good. Photo by Alyssa Noel

I’m trying really hard to come up with a hilarious and apt name for people who have had the privilege of living in all three of the biggest communities that make up the Sea to Sky corridor.

(Actually, for some, it might indicate a lack of privilege; they move where there’s semi-affordable/ available housing. I fall 40 per cent into this category.)

The Three-Timers Club? The Three-Way Allstars? The Triple Trotters?

This month marks my eight-year anniversary of moving to Whistler. I lived in the resort for three years (full disclosure: I attempted to leave once but came back a month later. Let’s call our immense ranks the Loser Leavers) before moving to Pemberton for a year and then heading to Squamish, where I currently live.

Recently, in the span of one week, I: worked in Pique’s Function Junction office, went for a run at Lost Lake, and picked up a few things (fully masked) in the village; camped and hiked in Pemberton’s backcountry; and worked in The Squamish Chief’s downtown office, where I have been lent out for holiday coverage.

Spending time in the three communities in such a short span prompted me to reflect on both their charms and differences. So, in an effort to avoid writing yet another hot take on the pandemic, I thought, instead, I’d offer my hot take on stamping my Corridor Card. (Is that any better?)

Let’s go from north to south, shall we?

Benefits: Not only does this village have charm coming out the wazoo, but also it’s remarkably vibrant for such a small place. I can’t count the number of times I’ve bragged to out-of-towners about the wacky ratio of amazing restaurants to population.

From the access to quiet weekday trails to the adorable downtown to the community events like the Barn Dance (which has forever become a yardstick for inebriation amongst many people I know—as in “yeah, but were you Barn-Dance drunk?”) and those truly bonkers muffins from Blackbird Bakery (I miss them every day), this place is magic.

And since I doubt my husband will read this, I’ll just say it: there’s also a wacky ratio of hot dads to population.

What more could you want, really?

Challenges: It’s really far to the airport, which isn’t so much a problem these days. Plus, if you want to buy pretty much anything other than basic necessities, you’ll have to turn online or to the south. (But, of course, I advocate for buying as much local as you can!)

Benefits: Honestly, the cookie-cutter perfection of this town didn’t hit me until I moved to Squamish. On one particular Valley Trail run from Nita Lake to Blueberry to the Whistler Golf Club shortly after I moved, I was bowled over by just how pristine everything is. And lest the Pemberton dads get too much of an ego boost: how is everyone in Whistler hot, ripped, and 23?

It’s an unreal, fairytale place in almost every regard—including the public bathrooms in the parks. In Whistler, it seems, no one pees on the toilet seats. Some long-time locals might interpret this as a backhanded compliment, but I assure you it’s not. With the current state of the world, there is nothing like a leisurely stroll through Whistler to forget your slow, steady demise.

Challenges: When you consider your wage compared to the housing prices or cost of living, it can feel like you’re living in a place that doesn’t really want you there. Yes, some people make it work, but as you exit your 20s, it starts to feel like there’s an expiration date on your Whistler life.

Benefits: I’m about to say something controversial, but we’re near the end of this column, so if you stop reading here, I can live with that. The most #blessed I’ve felt living in Squamish is in the winter. I’m living in my dream winter location: I can trail run an astounding number of trails all year long, but if I want a snow fix, I can head up a local mountain or hit the highway to Whistler.

While everyone here seems to forget we live by the ocean, Howe Sound is pretty remarkable, too. But really, the biggest bonus of living in this town is the feeling that it’s on the cusp. I’m not talking about the cost and number of condos; there’s a palpable feeling that the town is transitioning into what it’s yet to become and it feels exciting to be a part of it.

Challenges: When I think about how little a standalone house cost here when I moved to the corridor in 2012, I want to throw up. Also, there is a very high number of loud pick-up trucks with lift kits whose drivers seem to be audibly calculating how many points they get for hitting you.

Cheers to eight years, Sea to Sky corridor. I love you, flaws, housing prices, spooky drivers and all.

PIQUE'N YER INTEREST: The pandemic pet problem
Oct 10, 2020 8:00 AM
Comments
We welcome your feedback and encourage you to share your thoughts. We ask that you be respectful of others and their points of view, refrain from personal attacks and stay on topic. To learn about our commenting policies and how we moderate, please read our Community Guidelines.