Putting the struggle for gender equality on ice

I clearly recall the first time I realized that, when it comes to sports, girls and boys aren't considered equals. My brother had just mentioned he wanted to play in the NHL someday.
Jan 31, 2020 12:00 AM By: Megan Lalonde 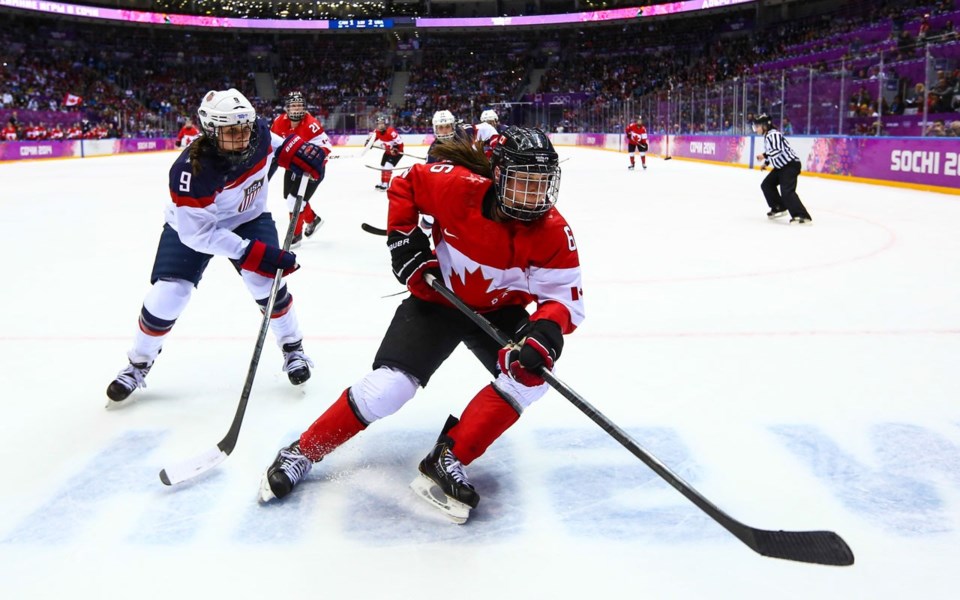 I clearly recall the first time I realized that, when it comes to sports, girls and boys aren't considered equals.

My brother had just mentioned he wanted to play in the NHL someday. At the time, he and I were both in our first season of organized hockey, playing on the same team—picture a group of wobbly-kneed five- and six-year-olds wearing Timbits jerseys, attempting to skate with a puck.

Naturally, I said I wanted to play in the NHL, too. "Girls aren't allowed in the NHL!" he retorted incredulously. Just as I began to protest, my dad, as gently as possible, interrupted and said, "He's kind of right."

Now I was the one who was incredulous. "Why?" I asked. I was already the only girl playing on a boys' team (keep in mind the entire team was still learning how to read at this point), and saw no reason why I wouldn't be allowed to do something my brother could.

This is where my memory begins blurring, but I remember my dad explaining something about girls not playing contact hockey—because men are typically bigger, stronger and faster than women, it wouldn't be safe or fair. I learned there was one woman who'd played in an NHL exhibition game a few years prior, but she was a goalie.

From then on, I played with the knowledge that while girls can achieve incredible feats playing high-level hockey, like free university tuition, an Olympic medal or even an induction into the Hockey Hall of Fame, no league exists that will make them millionaires or household names. I idolized the women who played for Team Canada, but eventually learned many of them had full-time careers outside of the game, or earned their livings running the hockey schools I attended every summer.

The National Women's Hockey League became the first women's hockey league to pay its players when it was established in 2015. It shelled out $10,000 to $26,000 to each player, but slashed salaries (in half, according to some reports) the following season in an attempt to keep the league financially viable.

The Canadian Women's Hockey League (CWHL), meanwhile, began paying its players in 2017, during its 11th season. Players received between $1,500 and $7,500, according to a Global News article, while the league operated on a budget of $3.7 million that year—to put it in perspective, the exact amount winger Sven Baertschi will make playing mostly for the Vancouver Canucks' AHL affiliate this winter.

Last year, the six-team CWHL folded, leaving even fewer opportunities for these women.

It's a situation that I've always found disheartening. That's probably why I was so stoked to hear about a new element the NHL introduced this year to its annual All-Star Weekend, held in St. Louis on Jan. 24 and 25.

Twenty of the best players in women's hockey were invited to show off their skills in a 20-minute Elite Women's 3-on-3 game, with Americans facing off against Canadians (as per usual). Obviously, Canada won.

This development came one year after Kendall Coyne Schofield became the first woman to compete in an all-star weekend's skills competition, filling in for Nathan MacKinnon in the fastest skater contest after he dropped out due to injury. She finished seventh out of eight athletes—just 1.15 seconds behind winner Connor McDavid.

I'm definitely not here pushing to make the NHL a co-ed league. But as hockey's top tier, I believe it has a responsibility to use its significant platform to grow the game for everyone. I'm happy to see the league beginning to do so, and can only hope that one day, this ever-so-slight increase in exposure results in more opportunity for female players.

“A small body of determined spirits fired by an unquenchable faith in their mission can alter the course of history” -Ghandi Looking back at this past weekend I have no words to fully describe the magnitude of the whole experience. I will cherish and embrace the journey we are all on, one where the impact will be so much bigger than just ourselves. I wish when I was little that I had seen girls playing in the @nhl All Star Game! Thank you to the @nhl for including the 20 of us. To everyone who tuned in, thank you for the support! To the little girls that were glued to the TV, this is for you! #forthegame #womenworthwatching

Hockey isn't the only sport working towards equality for female athletes in 2020. Earlier this month, the Freeride World Tour announced it's now awarding female and male athletes equal prize money across all categories, beginning with the season-opening event held in Hakuba, Japan earlier this month.

After today's equal prize money announcement we caught up with FWT World Champ @ari_tricomi to find out what this decision means for her. #FWT20

When discussing gender equality in sports, I think athletes, officials and fans can all learn something from basketball legend Kobe Bryant and his 13-year-old daughter Gianna. The sports world is still reeling after the pair died in a tragic helicopter crash on Sunday.

As social media erupted with tributes, a recent video of Bryant telling late-night host Jimmy Kimmel about Gianna's—or Gigi's—aspirations to play in the WNBA went viral.

"The best thing that happens," Bryant recalled in the interview, is encounters with fans who would approach him and Gigi, saying he and his wife should have a boy to continue his legacy—prompting his daughter to interrupt. "She's like, 'Oi, I've got this. You don't need no boy for that," he laughed.