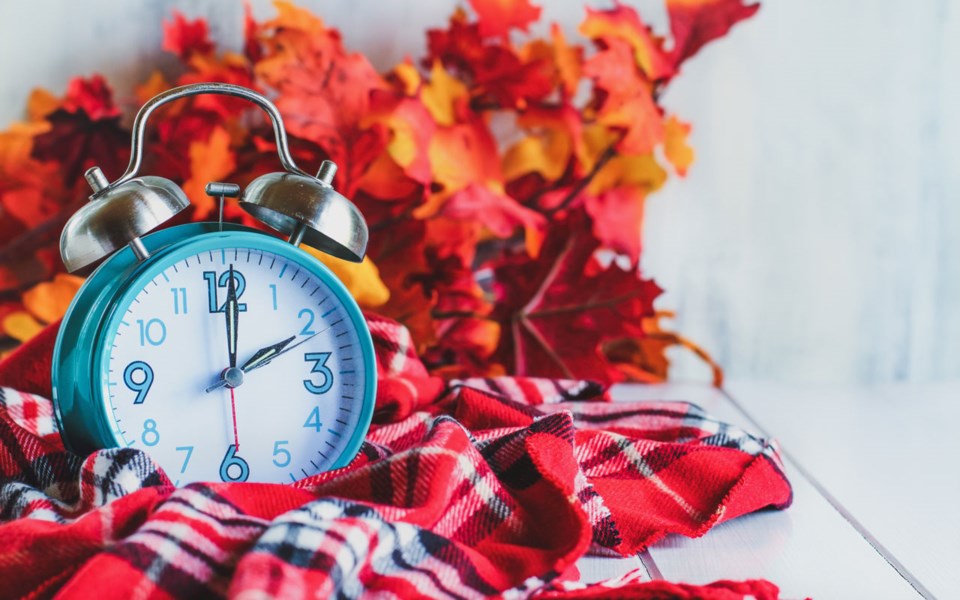 For anyone slightly inconvenienced by the time change last Saturday night, and who felt the need to blow that minor inconvenience up into something much bigger than it really is, there’s some good news on the horizon: Premier John Horgan remains committed to making daylight saving time permanent at some point in the future, probably.

He just didn’t feel it was a good time without Alberta and the western U.S. states also making the change this year, what with COVID and all.

I get the frustration with daylight saving time. Sort of. It can throw you off for a few days, affecting sleep patterns and circadian rhythms and whatnot. Changing clocks is also annoying and almost nobody can remember how to change the time on their car radios, which for most of us means subtracting an hour for the next six months.

The whole “spring forward, fall back” thing is also confusing—falling back sounds like it should be a “later” thing, moving the clocks back from seven to eight instead of moving the little hand back by an hour. Is adding more daylight in the morning the time-saving part or is it adding an hour at night? It also seems like winter is the time you want to save daylight, not summer. It’s all so complicated.

And it’s not like we’re farmers anymore, except for those of us who are.

Fun fact: it turns out that farmers have nothing to do with daylight saving time, they just get blamed for it because they protested the change in the beginning and somehow ended up becoming permanently associated with it. Farmers preferred to keep their animals on a regular schedule and always just worked when it was light out whatever the clock said.

Where did DST come from? Germany was the first country to do the math on changing the clocks during the First World War when things like coal were in short supply.

Another fun fact: it’s daylight “saving” time, not daylight “savings” time. I just figured that out this year after this column was finished and a dozen plurals needed to singularized.

The global movement to freeze clocks is currently focused on DST, although there are also people who would prefer to keep clocks on standard time going forward. Not only do both sides find clock changes annoying, they also believe it may contribute to a spike in heart attacks and deaths as a result of sleep cycle changes. The energy savings aren’t all that great, either.

It’s no wonder that so many governments are looking at getting rid of biannual clock changes. One recent survey found 93 per cent of British Columbians were in favour of freezing the clock on DST, especially if it keeps the province aligned with neighbours to the east and south. Some 91 per cent of Albertans agree and the Washington state government has already voted in favour of making the change at a future date.

That support puts me in a minority of people who is glad that the shift to permanent DST was delayed so people have a chance to think this through. Changing clocks is a good thing.

There’s no question that DST is great in the summer. Without it, it would start to get light out around 3 a.m. in late June—a time of day when almost nobody can use it. It would also get dark by 9 p.m., taking away an hour of after-work running and riding time. I love that I can finish work at 5 p.m. and spend a good four hours having fun in the great outdoors.

But I also like turning the clocks back in the winter. I appreciate that it’s light outside when I get to work in the morning in the middle of winter. I appreciate that my daughter doesn’t have to walk to school under the stars and spend her first hour learning under artificial light. I also like that it’s light enough out to open the lifts by 8:30 a.m., something that would need to be pushed back if it stays dark longer. An extra hour of darkness in the morning would be depressing.

As dangerous as changing the clocks might be for our health, what do you imagine will happen when millions of sleepy people have to drive to work when it’s still pitch black outside? My guess is that car accidents will turn out to be more dangerous than any slight changes to circadian rhythms.

We’re only talking about an hour at the end of the day. People don’t get jet-lagged after they travel to Alberta and lose an hour (although the effects of a one-hour time difference might explain the erratic driving of vehicles with orange plates on this side of the border).

I do think time changes could be managed better. For example, clocks should change overnight on Fridays instead of Saturdays to give people an extra day to adjust to that massive one-hour difference. Better yet, we could make the changes on long weekend Fridays to give people a whole three sleeps to reset their internal clocks.

Daylight saving time remains a good idea even if the reasons behind it may have changed. If you really think about the benefits of our current schedule, and measure those benefits against the very minor inconvenience, ditching seasonal clock changes is something we’ll probably regret.