Say goodbye to a simple man

Deep down, I'm just a simple man. I favour ice-cold pale ale on a hot summer day. I like a thin slice of cheddar on my sandwich — roast turkey with just a little mustard. Volvos are my ideal car.
Sep 26, 2012 9:00 PM By: Stephen Smysnuik 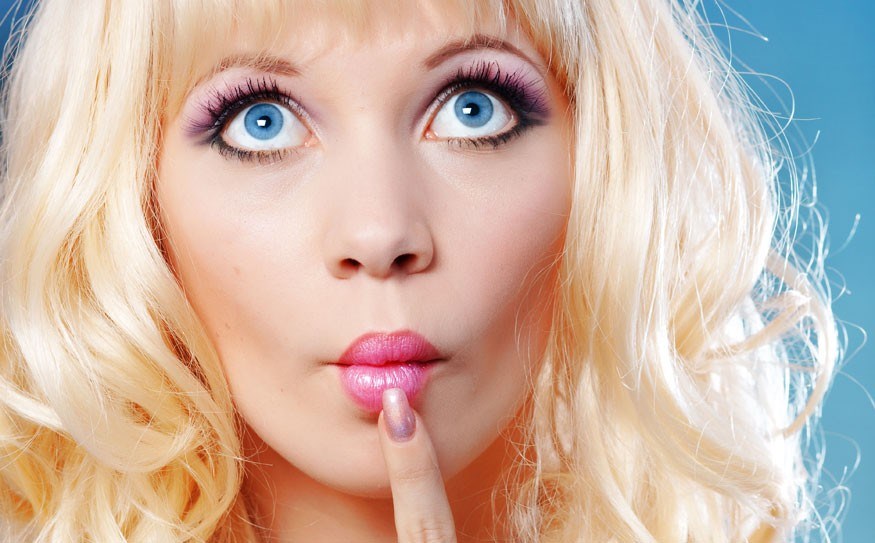 Deep down, I'm just a simple man. I favour ice-cold pale ale on a hot summer day. I like a thin slice of cheddar on my sandwich — roast turkey with just a little mustard. Volvos are my ideal car. I'd love to own a tractor one day and harvest grains or whatever it is you use tractors for.

And I prefer simple good byes. I've never been fond of the misty-eyed moments, bidding emotional Adieu!'s and such. There's nothing quite like a simple "See ya 'round" to mark such an occasion, even if I never, ever see you again.

This is my final issue at Pique, and (probably) the final time you'll be subjected to my "opinions" in this here column. Rather than exit with some rousing parting shots, I'll leave you to ponder this simple yet very important question:

Would you rather be super beautiful but really stupid, or really ugly but super smart?

At the risk of diminishing the rhetorical possibilities of this compelling and vital query, which I'm sure will inspire rousing debates within all your peer groups for months to come, I'll argue that the answer is, quite literally, a no-brainer: pretty but dumb is the way to go.

I'm telling you this so you don't have to think about it, and you can go on watching Basketball Wives undisturbed: Beauty pays. Average people look at beautiful people and become obsessed with how much they want to be just like them, and wear pretty dresses like them, and ride in limousines, and touch the abdominal muscles of their equally splendid lovers who were recently photographed sporting new hairstyles and are now, like, super-important style icons because they're on the cover of In Touch this week.

And, sure, average people become obsessed with really ugly people too, but rather than being uplifted by such radiance, they're barfing a little because warts are gross and so are braces.

Don't you get it? Gorgeous people can walk into a room and make a million dollars just by batting their eyes the right way, because the fashion industry has lots of money and really respects beautiful people and wants to help them achieve greatness in the world. And, sure, super geniuses can make lots of money by, like, inventing new cheese-slicers and apple-core removers, but what does it matter when you're plagued with all the back hair of an orangutan, and the face of one, too?

It's scientific fact that appallingly stupid people are the happiest because they're buoyed by their unrelenting ignorance.

(Editor's note: The science behind ignorant bliss is questionable, but we will offer as proof of this point the episode of Jersey Shore where Deanna was too drunk to notice that her dress had ridden up high enough for the whole bar — and thus, the whole world — to became rudely acquainted with her lady bits, while she happily danced the early afternoon away.)

And, because there's an equal and opposite reaction to every action in the physical realm, so too must there be a psychic yin to the yang of idiotic bliss in the Jungian realm of the collective unconscious. As such, the most miserable people on earth are also the smartest. See: George Bernard Shaw, David Foster, Wallace or any other tortured, intelligent artist prone to obsessive over-thinking.

I, too, am plagued by similar intellectual despair from time to time. As you have all undoubtedly realized from this dazzling dissertation set before you, I am exceedingly intelligent. Smarter than you, in fact. So much so that I have trouble absconding my own head and am forever caught in an inescapable web of such profound intelligence that I've never managed to capitalize on my equally exquisite beauty.

I've been overthinking every decision I've ever made and plagued by self-consciousness that I'm fairly certain is a non-issue for my pea-brained brethren. I enter a room and while everyone stops to take my picture, I must flee for fear that my inner torment shall intellectualize itself and appear as a ghastly black cloud above the room, raining smelly tar upon the crowd!

This, of course, is no way to live. I'd rather be dumb.

Overthinking, you see, is the bane of the intelligent. True happiness exists in the moments where all critical thought — all that pesky negative energy directed either inward or outward — is suspended. Bliss emerges as such. Should these thoughts NEVER exist at all and happiness will be eternal.

And so, by virtue of being profoundly stupid, a critical thought will never enter your dumb-but-pretty head and so bliss will be your constant companion. Add to the package an exquisite face stretched over your uncannily thick skull and you're in the running for Best Life Ever.

Too much emphasis has been placed on intelligence. Intelligence is, like, totes overrated. We're better off all being like David Beckham, who has squinted dimly from one million-dollar modelling contract to the next. Or better yet, we'd be better off never having progressed past the caveman stage of our evolution. Everyone was a lot happier then, staring oafishly into the fire eating the wildebeest they'd hunted just two hours previous, and afterward clubbing their lovers as an impressionable act of foreplay. I know all of this because I'm smart.

Of course, everyone was much, much uglier back then, with the square jaws, giant foreheads and saggy, hairy breasts. I guess we'd all be dumb and repulsive had it stayed that way...

Right. Okay, I'm willing to admit when I'm wrong and my logic is flawed in this instance. Please forgive me. I'm just a simple man, after all.