When I first moved to Whistler in the fall of 2014, skiing and snowboarding were obviously the sports at top of mind. Then, thinking ahead to summer, mountain biking was always going to be a big one.
Aug 2, 2019 2:00 AM By: Dan Falloon 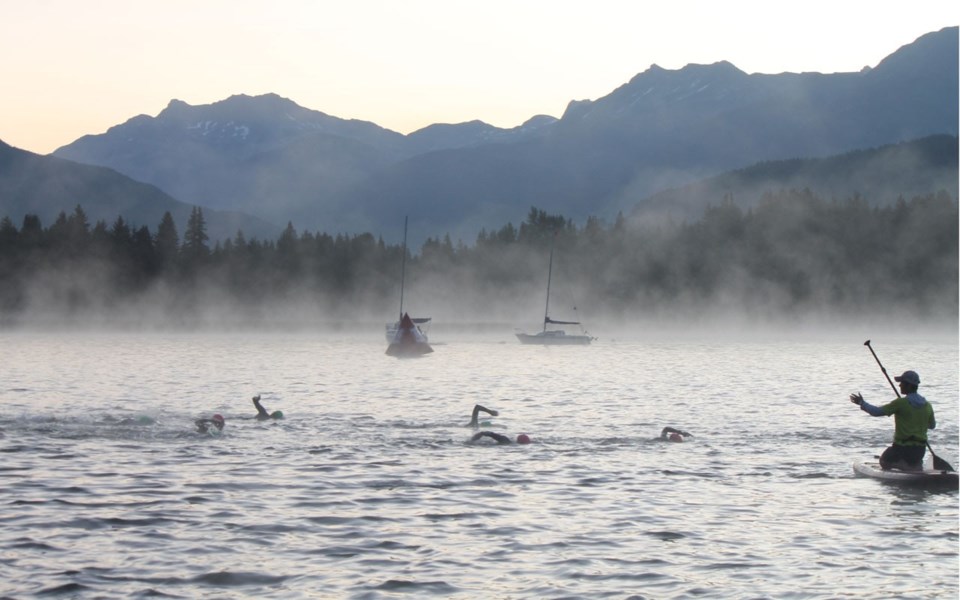 When I first moved to Whistler in the fall of 2014, skiing and snowboarding were obviously the sports at top of mind. Then, thinking ahead to summer, mountain biking was always going to be a big one.

I knew theoretically that Whistler was the Ironman Canada host, but it never really clicked until that first, unseasonably chilly day in July 2015. Not that our resort is a baffling choice to host, not by any stretch, but there are a mittful more activities that come off as more iconic Whistler.

It was thrilling to see several of the sport's top pros do what they do best, even if the conditions were unpleasant and hoofing all over the resort on an old bicycle wasn't my preferred mode of transportation. Still, getting paid to photograph and write about a race is a thousand times better than anyone's best day in the salt mines.

But for those who don't have the privilege of being the sportswriter in a town literally built on sports, it must be much tougher to reconcile finding a way to get to work hours before your shift is supposed to start unless you can hitch a ride on someone's handlebars.

While it's always amazing to bear witness to the triumph of the human will, especially among the final finishers who tough it out for up to 17 hours, I gradually became more and more lukewarm on the race as the years progressed. You never want to see anything leave, but gun to my head, forced to give up one of Whistler's major sporting events, it's the obvious choice.

Ironman has always been the clearest example of the push and pull of resort life. The jobs in our town aren't viable without the visitors—especially the deep-pocketed ones the likes of Ironman attracts—but at the same time, hosting visitors isn't a possibility without the worker bees who serve the meals, sell the gear and tidy the messes. Whistler is undoubtedly a world-class resort, but as our current labour shortage illustrates, workers are going to need to be able to pursue a certain quality of life if they're going to opt for our community over others. The high housing costs and sometimes shady nature of some rentals are strikes against us for some. While Ironman was just a day, what are the odds its presence was more of a turnoff than an asset?

That's not to mention the outlay the Resort Municipality of Whistler was required to provide to Ironman, owned by a successful, for-profit Chinese conglomerate, to host the race. The number ranged between $250,000 and $282,000 annually in both cash and the value of in-kind services during the seven years Ironman was around. Providing some of those services is perhaps understandable for the ethos of helpfulness it projects, even if it is going to a company that's already taking over our infrastructure and walking away with a mound of cash. But, even if it is a drop in the bucket compared to the financial rewards, cutting a cheque using B.C.-taxpayer-funded Resort Municipality Initiative money (until 2018, and visitor-funded Municipal and Regional District tax this year) to toss on that pile always seems unsavoury. Exactly how much do our residents need to give up for the sake of visitors to be a welcoming host?

Considering the dissatisfaction that the Village of Pemberton had with the five years the route wound its way through town, shuttering downtown for the day, it's hard to believe it put up with what it did for as long as it did, even if it didn't have the hammer of leverage until the contract came up for renewal in 2017.

Sure, the athletes' dedication is admirable, but you can see it every September at the Whistler Alpine Meadows trail race (which is adding a mind-melting 175-kilometre distance for 2019). It doesn't clog up the community's main arteries for the better part of a day, either.

That said, for all of Ironman's detractors, no other event (except perhaps Crankworx) inspires its hardcore fans more. Being at the start line, with hundreds of competitors' friends and family members who hiked and biked to Rainbow Park well before the crack of dawn gave you a sense of the fervour. Then there are all the roadside supporters lining Highway 99's route north to south within Whistler's boundaries.

Ironman's presence in Whistler has long been a complicated one, and as it gets set to return to its Okanagan roots, its legacy will be no simpler, especially considering the projected downturn in tourism looming. However, given the lengths the RMOW went to in order to make the move look amicable, it appears that the hope is that the relationship is on a break, not a break-up.