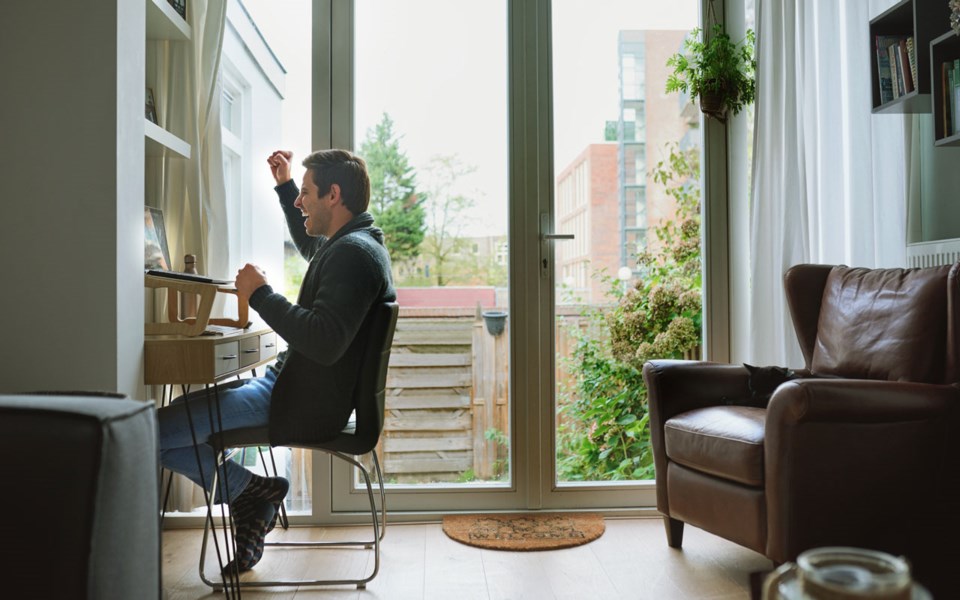 It can be difficult to get invested in pro sports during the COVID-19 pandemic, writes Pique sports editor Dan Falloon.Photo by LaylaBird/Getty Images

This time of year is normally filled with the jubilation of victory or the agony of struggle of the Canadian team at the IIHF World Junior Hockey Championships.

The tournament still happened this year—next door in Alberta, in fact—but it was difficult to get up for it this time around.

In a prime example of how the pandemic has warped priorities, I haven’t found pro and, in the case of the World Juniors, pro-in-everything-but-title, sports all that appealing since March. I still haven’t entirely been able to pin down why.

Objectively, it should be a prime period for viewership. If everyone’s supposed to be home, sitting down to catch a game would presumably be one of the more appealing entertainment options. After all, it’s a step back into normalcy at an abnormal time, right?

The atmosphere for something like the Stanley Cup Playoffs obviously looked quite different. Apart from running the tournament in the middle of summer, there were no fans in the stands and coaches donned masks. In a lot of ways, the whole affair was a reminder of how deep this pandemic permeates as opposed to being a brief reprieve from it.

I’m not the only one who’s avoided tuning in, as ratings have failed to keep pace with pre-COVID levels the whole way along. At first, there were a number of reasonable theories: people aren’t inclined to hole up and watch TV in the summer, especially checking out wintry sports like ice hockey, plus there were periods where all of the Big 4 leagues were in action concurrently. Then there’s the argument that major leagues’ social justice messaging was such a turnoff for some demographic segments that it accounts for a decline of several percentage points. A few, perhaps, but to take that much credit seems like a stretch.

But the proof seemed to be in the pudding more recently when the NFL stood alone, operating every autumn Sunday like usual, and still saw declines of six-plus per cent, even without upwards of 60,000 spectators cramming into stadiums for each contest.

Perhaps beyond failing to be a necessary escape from the pandemic, pro sports have also highlighted the risks these athletes are taking for our entertainment. While several competitors will have lingering injuries or, worse, effects of concussions long after their playing days are over—even as we learn more and more—it’s still kind of easy to compartmentalize those things as a fan. It could be anything from keeping up an image that these people are superhuman, or that it’s a risk they’ve chosen with increasingly common knowledge.

But with COVID-19, it’s telling that players are kept out of the lineup because they’ve merely been exposed to someone with the virus. We don’t know tons about the long-term effects of COVID-19, but the early indications are far from reassuring.

At the heart of it, there are a number of precautions that have rightfully been implemented that make it easy to question whether any of this should be happening at all. If the Denver Broncos need to start their fifth-string quarterback, a wide receiver, after their four other pivots met without masks and one of them tested positive shortly after, should there have been a season? If the Germans can’t ice anywhere close to a full roster for multiple World Junior games after an outbreak on their team, should there have been a tournament? If the Los Angeles Dodgers have to remove one of their star players in the middle of a championship-clinching game because of a positive test (only to have him run out and celebrate the victory), should there have been a World Series?

Surely, these sports being allowed to run is primarily out of financial considerations but in a lot of ways, it feels out of step with reality when youth and recreational activities are a no go. If we’re making decisions truly for the pure public benefit, isn’t that the direction we should be going?

Kids have had so much taken away, been so resilient and taken all the changes in stride. If it’s safe to play sports within strict guidelines, it should be them who receives the reward and finds some joy these days.