Midsummer is already being steamrolled into late summer. Silly season is upon us — a.k.a. August — usually a time of fun for us in a newsroom while we wait for the "serious stuff" to restart in the fall.
Jul 30, 2014 6:00 PM By: Cathryn Atkinson 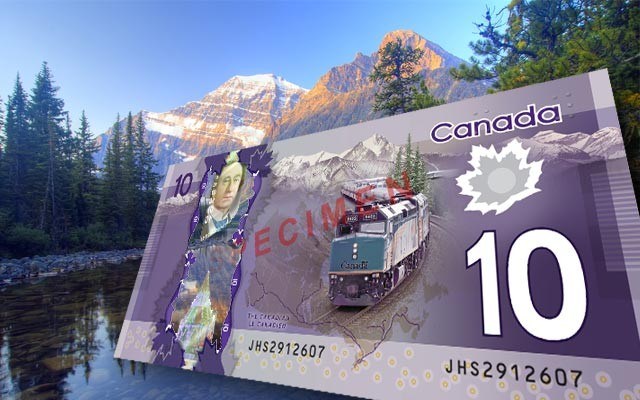 Midsummer is already being steamrolled into late summer. Silly season is upon us — a.k.a. August — usually a time of fun for us in a newsroom while we wait for the "serious stuff" to restart in the fall.

But it's not really silly season when your job is to cover the arts and entertainment in Whistler. It's busy season. Always. Actually, it's an embarrassment of riches.

There is so much happening you can just about keep up; you might know about the festivals and events already behind us... then there is Wanderlust and the Canadian National BBQ Championships this weekend, the Squamish Valley Music Festival and Crankworx next week....

In honour of the season, let's look at some artistic-related endeavours that aren't ticking over as nicely as we are.

Catch as cash can

Somewhere, an illustrator or graphics person messed up.

A Toronto professor was on vacation near Jasper, hiking through some sweet spots in the Rockies, and got to know the glorious vista of Mount Edith Cavell. The mountain is named after a British nurse who was executed by the Germans during World War I for helping 200 Allied soldiers escape occupied Belgium.

Cavell was a heroine in the war and within her lifetime was already a nurse of note for her lifesaving work within medicine.

But Prof. Hitesh Doshi noticed a problem — the mountain illustrated on our shiny plastic $10 bill and named as Mount Edith Cavell, and several other peaks by the Bank of Canada, weren't accurately identified. They were other mountains, Lectern Peak and Aquilla Mountain to be exact.

So he wrote to the central bank last November and pursued the issue because he didn't get a response. Then last week, the answer came in the form of the bank changing its online description of the artwork on the $10. They replaced the names of Mount Edith Cavell and other peaks without ceremony — or acknowledgement of the change.

When pursued about it by the CBC, the central bank blamed "a misunderstanding about information provided."

Does it matter? It might be false advertising, but it was an honest mistake. What was less great was the lack of communication. The quiet correction, the unwillingness to say "Whoops!" — it makes a silly error something more pathetic and worryingly part of a wider pattern in government.

According to Howard Woodhouse, a professor at the University of Saskatchewan who was writing in rabble.ca, his employer decided to sell 69 pieces of indigenous art at a loss.

Calling it a disposal of cultural artifact for financial gains, the $7,176 raised would hardly cover the costs of one undergraduate student in a professional program. Levis Online Auctions estimated the value of the pieces at three to four times the amount sold for, from $20,570 to $28,084.

If they had to get rid of these pieces, I can't help but wonder if the university would have been given a tax break worth more than seven grand had they donated the works to museums in Saskatchewan or even our very own Squamish Lil'wat Cultural Centre in Whistler.

With some of the largest percentages of First Nations students attending university in the country, it is spectacularly insensitive.

The university is dealing with debt, $44.5 million, according to the Star Pheonix. That is bad news, but selling those pieces hardly made a tiny dent.

So shortsighted, something academic institutions aren't meant to be.

Sadaf Foroughi, an Iranian-born, Montreal-based artist may have artwork she built in Iran destroyed by Canada customs this week or next.

The project — known as a shahre farang, based on a traditional Iranian peep box make of thin tin — was financed by a Canada Council for the Arts grant.

The boxes have viewing ports and elaborate ornaments, and Foroughi made it in Iran in order to work with expert craftsmen on it. That's not unusual; Canada's artists travel the world to improve their ability to work. Emily Carr did it, so did Foroughi.

This shahre farang is meant to look at the situation for women in Iran.

The piece was shipped from Iran to Pierre Trudeau International Airport at the end of June but was seized because of Canada's Special Economic Measures Regulations for Iran. Foroughi told customs that it had no economic value. According to an interview with her in The Globe and Mail, a female customs agent said: "I don't care, for me you're an Iranian."

Nice. Officials are getting involved but the airport cargo handler warehousing the shahre farang says they are obligated after 30 days to hand the piece to customs to be destroyed.

I meant to write about silly season. Sometimes it ends up being stupid season.