Sing your heart out

Hanging out for a weekend at Pemberton Music Festival in July made me realize I'm not a young man anymore. That seems to be a recurring theme when I'm in this space.
Sep 2, 2015 6:00 PM By: Dan Falloon 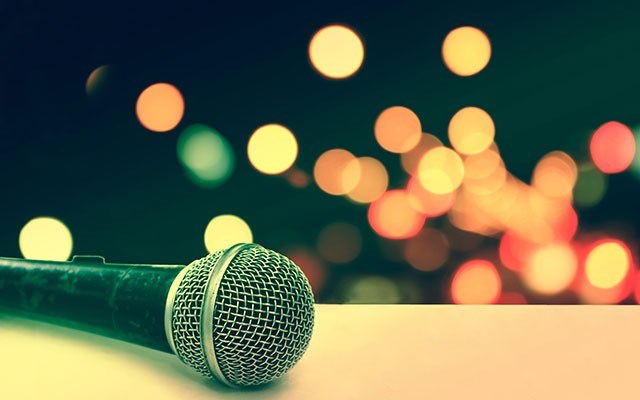 Hanging out for a weekend at Pemberton Music Festival in July made me realize I'm not a young man anymore. That seems to be a recurring theme when I'm in this space.

The sweltering heat — and the energy expended trying to combat it — left me under the weather for nearly two weeks afterward even though I came nowhere near the level of party animalism I'd achieved at past festivals.

But it was in the campground that I became particularly attuned to my crotchety tendencies. Unable to set up my tent with colleague Braden Dupuis since we arrived at different times (and as the latecomer, I got the much better end of the deal), I surveyed the post-performance crowd to try to make some new pals.

At other festivals I'd attended, namely the Winnipeg Folk Festival and other, tinier gatherings across Manitoba featuring primarily local acts, it wasn't hard. You'd wander over to the nearest campfire, which were understandably but unfortunately absent in Pemberton. There would be people strumming a tune — or at least, pounding on a djembe.

Granted, this was my first time camping at the newer-generation of festivals that brings together the biggest names in music and to perform for a sloppy, sweaty mass of humanity that, in my experience, had been reserved exclusively for folkies. (I went to Outside Lands in San Francisco last year; alas, no camping.)

So instead of the flickering flames and plumes of smoke, people congregated around portable speakers, all of which were blasting electronic dance music.

And, yeah, I'm old enough to remember when the dial-up Internet tones provided the sickest of beats, but that doesn't mean I can't appreciate EDM. I spent some time at Bass Camp at the festival and had a good time, occasionally grooving but using it primarily as a soundtrack for some excellent people watching.

But to bring it back to the campground, to have it blasting all weekend? It's excessive and can be uninviting. I certainly didn't seem to notice as much interaction between camps at Pemby Fest compared to other festivals, but the few attempts I made to reach out to my neighbours were coolly received.

Now, not all musicians and those who follow them are going to be the friendliest of folk by that virtue alone, but it does seem to be easy to make connections around them. At Pemby, there were instruments in the campground. I counted one acoustic guitar and one ukulele but heard neither played.

In the weeks that followed after the festival, I continued cluing into the lack of musical embracement here in the resort. Maybe it's just my prairie upbringing, or just the people I surrounded myself with, but it seemed like everybody played in at least three bands.

Sure, there are plenty of cover bands in the bars, but there don't seem to be many people who play just to play. My suspicion is that, in large part, it can be difficult to find the outlets for it here in the resort.

Thankfully Lachlan Hol has decided to do something about it. The Neverland Nights guitarist has started the Songwriters' Showcase at The Crystal Lounge. The next edition is slated for tonight, Sept. 3.

Hol told me he'd never played covers before moving to Whistler — that was more a business decision than anything else. It played into his desire to start the showcase.

"I play seven days a week in cover bands and I was starting to hate the music scene a bit. I needed to figure out something to allow people to play their original music in an environment that is supportive," Hol told Pique in an interview after the first event.

I was fortunate enough to be included on the bill for the August event. I'm by no means an overly talented musician and I certainly don't write or perform anything that changes the world or ponders human nature or plumbs the depths of emotion.

No, I wail about celebrating International Bacon Day (which is this Saturday), late-night trips to the pizza shop and how a dude reacts to literally having his heart ripped out and manhandled by a former lover (SPOILER: it ends up getting run over by a bus after being discarded in the street). It's a rush just to get up, play and see how people react.

Another movement, again in Winnipeg, that was coming together before I left was Midnight Choir. In the days leading up to the meet-up, organizers would reveal two songs, ranging from Queen's "Bicycle Race" to the Talking Heads' "Psycho Killer" to Daft Punk's "Get Lucky." Anyone interested would come down, listen to the songs once, and then go about rehearsing them. The evening would end with the songs being recorded (or for a couple special events, like at Festival du Voyageur or Nuit Blanche, a live performance). The singing was by no means polished, but for a gaggle of strangers coming together, was always surprisingly decent. Some examples are posted on www.midnight-choir.com.

I've had fleeting thoughts about picking those organizers' brains for advice on getting it started if something similar could go over well here.

EDM's great for partying and bumping and grinding, but, to me at least, there's just something a little more special about being able to sing your heart out.