Take time to understand others' experiences

What's the best way to phrase this? I'll never be mistaken for a ballerina. Any excursion down a flight of stairs sounds like a herd of buffalo is barrelling down.
Jun 19, 2020 1:00 AM By: Dan Falloon 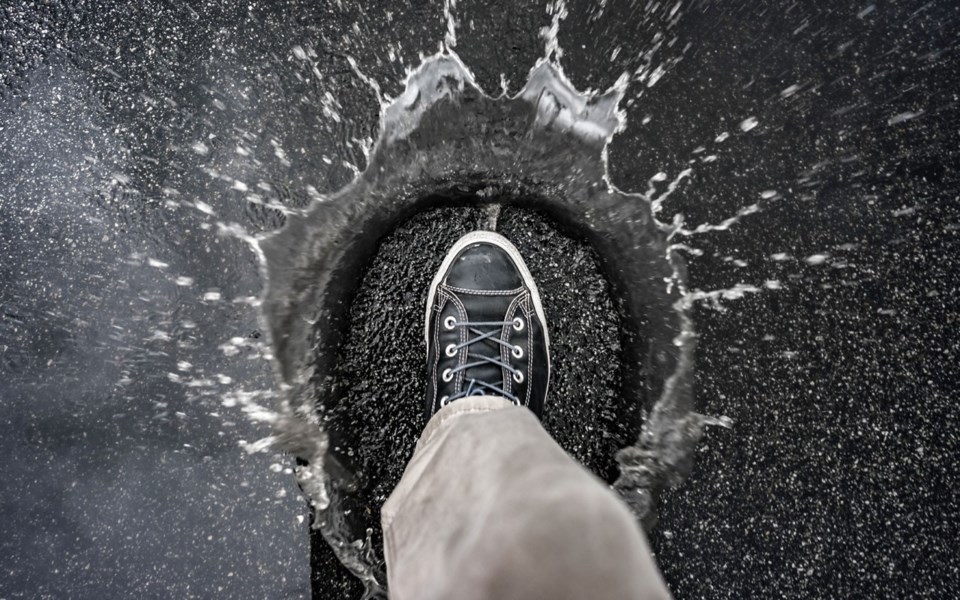 What's the best way to phrase this?

I'll never be mistaken for a ballerina.

Any excursion down a flight of stairs sounds like a herd of buffalo is barrelling down.

When watching the new The Invisible Man flick, my first thought—and my wife's—was that invisibility would be the supervillain trait least useful to me due to my absolute inability to sneak up on anyone.

I've long had a heavy walk, stomping well above my weight even back when I was just a wee lad.

It's been allowed to develop, I've subsequently learned, in large part because the only acknowledgement of it growing up was a running family joke that an elephant must be on the loose somewhere in our single-family house again.

But as my wife pointed out to me, more importantly, there are numerous environments—such as those she grew up in—where it would've been nipped in the bud immediately. If I grew up in a rented apartment above someone with the super on speed dial, I'd be much better on my tiptoes. If I'd been a little girl, whether subtly or expressly, at some point along the line, I'd have been instructed not to take up that kind of space.

Let's face it; something as simple as my heavy tread was a privilege I'd enjoyed without ever thinking much about it.

Recognizing and acknowledging one's own privilege isn't scary, I promise.

It's merely realizing that your own experiences differ from others'.

Obviously, life is a complicated beast and having privilege doesn't mean your life is a cakewalk 100 per cent of the time. But it's recognition, gratitude even, that you've had help. It's less about what about what you actually are and more about what your alternatives would be with even a different trait or two.

That can be a stickier point for some than others. There are times I'll foolishly, stubbornly fall captive to the myth that I'm independent or self-made or however else you may describe it. Nothing could be further from the truth. I've benefitted from the sacrifices and care of family and friends—as well as the entrenched systems benefitting me.

I've also worked hard to achieve what I have. Having privilege doesn't that take away.

The concepts aren't mutually exclusive. For everyone, life is some mix of fate and free will, though the levels of each can vastly vary. An individual's situation doesn't guarantee an outcome: some do nothing with all the privilege in the world while others excel despite a system that's stacked against them at every turn, with these stories often being repackaged by Hollywood exclusively as stories of incredible individual triumph (and don't get me wrong, they are) without any critique of the hoops they jumped through and the obstacles they hurdled.

But some can blow through opportunity after opportunity and it'll barely register as a miss. Some will make the most of the one or two shots they get after jamming a foot in the door. Others won't, for any number of reasons. Then there are those who are inescapably behind the eight ball right from the start.

Unfortunately, in many cases, societal structures cater to the best-case scenarios, assuming privilege, because that's what those who construct and uphold those structures have experienced.

Contrary to some messaging, just having privilege doesn't make you a monster (and "renouncing" one's privilege, as a group of Caucasians in suburban Maryland recently did in a cringe-inducing video, does nothing). Acknowledging it isn't meant to punish success or make you feel guilty about your accomplishments. But it should cause you to give a second thought as to why others can't tell the same story.

Right now, it's our duty, as a start and at the bare minimum, to listen and attempt to grasp the variety of experiences our brothers and sisters have had. A quick web search will send you in the right direction of books, movies, essays, songs, articles or any numbers of resources useful for starting that journey.

It's just the first step of an ongoing process of creating a level playing field for everyone. From there, those with privilege must wield it for change to benefit those without it. It may seem counterintuitive—past advantages like whiteness or maleness may not hold as much currency in the future as this shift takes place, but as we elevate new voices and rethink our priorities, we'll create a healthier and happier world with creative solutions to long-standing issues and the potential for great innovation.

It'll take a lot of hard work, humility, honesty and openness to change, but, at the risk of sounding a little bit Pollyanna, will create a higher standard of living across the board.

Whether we can hear it coming or not, change is approaching.