The business of being LeBron

The list of athletes who've earned millions in mega contracts and endorsement deals only to wind up in financial ruin is about as long as one of Allen Iverson's oversized t-shirts.
Jul 16, 2014 6:00 PM By: Brandon Barrett 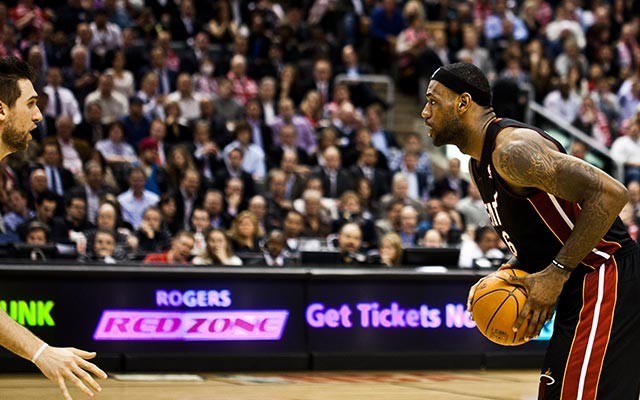 The list of athletes who've earned millions in mega contracts and endorsement deals only to wind up in financial ruin is about as long as one of Allen Iverson's oversized t-shirts.

Just check out ESPN's eye-opening documentary, Broke, from the brilliant, award-winning 30 for 30 series, and you start to get the picture. Included in the credits was a list, 60-long, of some of the professional athletes who've gone bankrupt. Unfortunately, that only begins to scratch the surface.

Nearly two-thirds of former NBA players go broke within five years of retirement, according to Sports Illustrated. A whopping 78 per cent of NFL players will declare bankruptcy, or fall under financial stress within two years of hanging up the cleats.

It begins to make sense once you consider these are 20- or 21-year-old kids fresh out of college, many of whom come from economically disadvantaged backgrounds. It doesn't take long for them to become surrounded by predatory agents, advisors and all sorts of hangers-on who don't have their best interest at heart. Sucked into poor investments, saddled with supporting an ever-expanding list of distant relatives and friends, and blinded by the allure of the celebrity lifestyle and the frivolous spending sprees that go with it, most pro athletes are blindsided by the harsh economic realities of retirement.

LeBron James will not be one of those people.

For as much as the biggest athlete on the planet is criticized for his me-first mindset (See: The Decision, 2010), he's one of the savviest business minds the megalithic sports industry has ever seen, and his (arguably) shocking announcement last week that he'd be taking his talents back to Northeast Ohio is a perfect example of that.

I won't bore you with too many of the basketball-related reasons why King James' return to Cleveland is the right move. In short, he's put himself in a better position to win on a Cavaliers team flush with young talent, a promising new coach, and a newfound cache to attract big-name free agents.

But it also makes perfect business sense for himself and the economically struggling City of Cleveland as a whole.

Because of how the NBA's salary cap is structured, James has astonishingly never been the sole highest paid player on his team (he was tied with Chris Bosh during his four seasons in Miami). His new, two-year $42.1-million contract changes that. Finally, the undisputed best player in basketball is going to get paid like one. The contract itself is proof enough of James' business acumen, positioning him to cash in on the NBA's new TV deal in 2016, which is expected to raise the league's max salary considerably. It will likely set the tone for future top dog signings in the coming seasons.

The return to Cleveland, more than anything, is a good story, a conquering hero's return, earning him over $50 million in media value, according to social analytics firm General Sentiment, and LeBron stands to add to his already extensive list of endorsements with his reinvigorated public image following the PR nightmare that was The Decision.

Choosing to be the Orca whale in a small pond over the celebrity-saturated ocean of Miami Beach was certainly a key factor, too, and the move stands to line the pockets of many, with county officials estimating LeBron's signing will result in $500 million in annual economic impact to Northeast Ohio and the creation of 500 new jobs.

Not that Bron Bron needs any more money; his monster deals with Nike, McDonald's, Coca-Cola, Upper Deck, and others have netted him roughly $450 million over his career. He's also regarded as an eagle-eye investor — even earning the plaudits of his billionaire buddy Warren Buffett — particularly after reportedly getting $30 million earlier this year in what is thought to be the biggest equity cash payout for a pro athlete in history as part of Apple's recent $3-billion purchase of Beats Electronics, a company he's had a small stake in since its inception in 2008. Add that to his decision in 2011 to team up with Fenway Sports Management, the sister company of the Boston Red Sox, which came with an ownership stake in one of England's most profitable soccer franchises, Liverpool FC, and James' portfolio is the stuff of Wall Street wet dreams.

At 29 years old, LeBron is already regarded as one of the top-five greatest basketball players of all time, heralded for his supreme athletic gifts, maniacal work ethic and basketball genius. He sees the court like few other players before him, anticipating plays before they happen. But, as his track record has shown, James is also pretty adept at seeing all the angles of the business world, and his colleagues would do well to learn a lesson or two from him off the court.