The gates to hell

When last we met intrepid carbon merchant, Harpo Polo, he'd returned from The Orient, the promise of Pandas on his breath, pockets lined with "billions in trade agreements.
Feb 29, 2012 8:00 PM By: Leslie Anthony 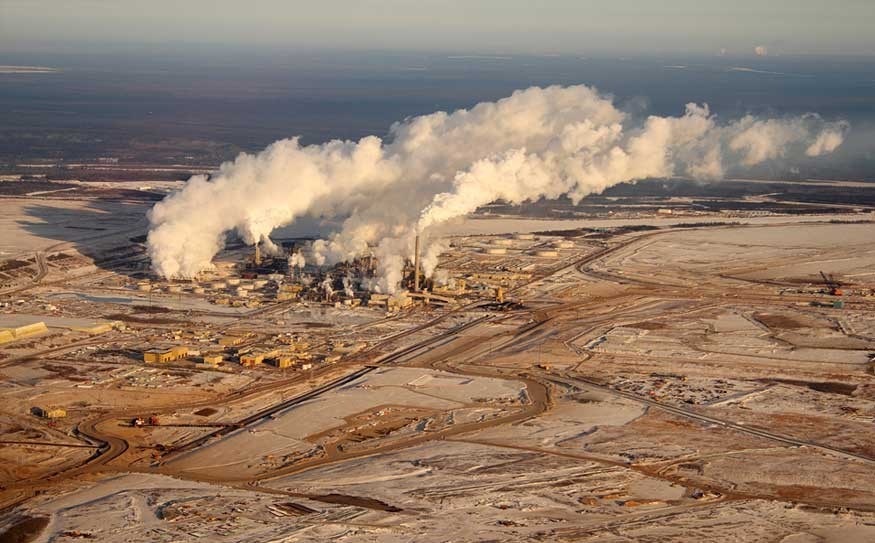 When last we met intrepid carbon merchant, Harpo Polo, he'd returned from The Orient, the promise of Pandas on his breath, pockets lined with "billions in trade agreements."

Picking up the story, the pandas — like the joint declaration summarizing Harpo's achievements in China, 23 candy-coated statements of intent on everything from cultural exchanges to beef tallow to canola oil — were mere smoke billowing around the real issue of selling tarsands crude (I won't honour the NeoCon agenda with "oilsands") to China, Harpo vociferously braying that Canada was now an energy superpower that wished to sell to whomever was buying.

The plan: a slurry of bitumen tar piped from Alberta to B.C., crossing roughly 1,000 watercourses through the largest remaining temperate rainforest on the planet, loaded onto supertankers and shipped through the stormiest, most tortuous waterway on the West Coast — which also happens to be the richest, most environmentally sensitive ecosystem in B.C., the basis of many traditional ways of life and other (supposedly) sustainable industries. Based on the sorry record of the energy sector, tarsands in particular, and some 800 oil spills to date by the pipeline's corporate shepherd, Enbridge (no distortion here), statistically, the spectre of a spill along either pipeline or tanker routes will not be a matter of if, but when. This is simple, inarguable truth, and claiming otherwise is ignoring plain facts. Or distorting reality. The Northern Gateway pipeline is a project whose environmental downside is so inevitably odious it should never even be considered. Which is precisely why Harpo's latest distortion involves railroading the review process by labelling its detractors "radicals."

As David Suzuki notes, "It seems more radical for a government to come out swinging in favour of an industrial project in advance of public hearings [on it]. It seems especially radical when the government paints everyone who opposes [it] as American-funded traitors with a radical ideological agenda."

He refers, of course, to the shamefully shameless open letter by the Dishonorable Joe Oliver, Minister of Natural Resources, an extraordinary piece of demagoguery disguised as official government communiqué (nrcan.gc.ca/media-room/news-release/2012/1/3520). For those unfamiliar, "demagogue" describes a politician who appeals to popular desires and prejudices rather than using rational argument. We've traditionally expected such campaigns of disinformation from the self-serving corporate sector and idealogical American NeoCons, but not from those whom we've elected to protect Canadian interests. Times have changed.

Question: with the perils of a future tied to non-renewable resources writ so large, why is our government not pursuing a sensible, long-term, sustainable energy plan? Why is something of such importance to future generations left to NGOs like the David Suzuki Foundation, which is currently working with the Canadian Academy of Engineering on a breakthrough initiative for a sustainable plan to meet future energy needs with less environmental impact and an 80 per cent reduction in carbon emissions by 2050? When will our government focus its investing on post-carbon jobs and energy innovation? Answer: apparently never.

Ethicaloil.org, a front for tarsands polluters populated by Harpo lap-dogs, parrots the notion that pipeline opponents are foreign puppets, suggesting that only Canadians take part in the tarsands climate debate. This might be valid if development relied entirely on Canadian investment (over 40 per cent is now foreign controlled, with China injecting some $15 billion over the past two years) or if it affected only Canadians. Putting aside national political, social, and economic issues (e.g., economists recently demonstrated how Ottawa's tarsands focus is killing manufacturing jobs in Eastern Canada), the tarsands' impact on the environment (water-table pollution with arsenic, lead, mercury and polycyclic aromatics; widespread deaths and deformities in animals) and the atmosphere (greenhouse gases released from extraction, transport and refining; net oxygen loss from the vast swathes of boreal forest cut down) is clearly not contained by our borders.

Speaking of blatant hypocrisy, Harpo once said this of China's relentless courting: "I don't think Canadians want us to sell out important Canadian values — our belief in democracy, freedom, human rights. They don't want to sell that out to the almighty dollar." But stung by U.S. rejection of the Keystone XL pipeline, China suddenly looks good; hence Harpo's urgency to sidestep reviews at a time when both investment and development should be slowed. As more money flows in, decisions will become less about Canada and more about China, something that deserves more conversation, not less. Hypocrisy, of course, is a sign of desperation. As leader of the opposition, Harpo once asserted: "When a government starts trying to cancel dissent or avoid dissent is frankly when it's rapidly losing its moral authority to govern."

In the end, we're back to simple facts. As Iain Hunter opines in the Victoria Times-Colonist: "Enbridge's record shows that pipelines leak with depressing regularity. Huge ships, as we know, run aground in confined waters. Oil tankers, as we've seen, spill, and the kind of sludge that comes from the [tarsands] sinks and suffocates life on the sea bottom... For too many people, for too much that we value, the Northern Gateway opens to Hell."