On 12 February 2002, U.S. Secretary of Defense Donald Rumsfeld made this widely cited observation: "As we know, there are known knowns; there are things we know we know.
Feb 6, 2013 8:00 PM By: Leslie Anthony 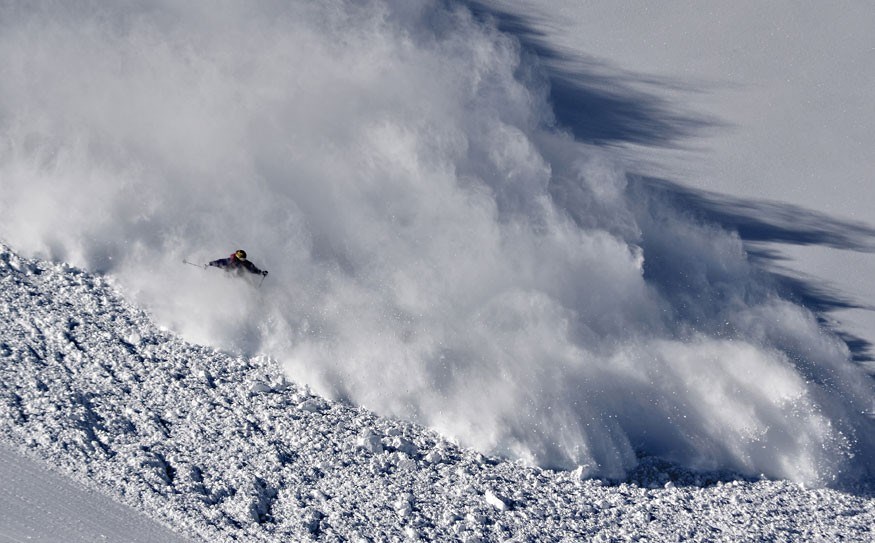 Comic as Rumsfeld's circumlocutions about warfare were, they're nonetheless applicable to any realm of human understanding, particularly those involving science and technology, and the intersection of these with natural, stochastic process. The critical path in such thinking is to move UUs (when they're uncovered) up the knowledge ladder to KUs and, ultimately, KKs that we can include in planning and preparation around whatever it is we're considering. It isn't possible to move everything upward, of course: in some cases there will always be UUs, and the enormity of risk associated with KKs and/or KUs may (or should) halt us in our tracks. I know what you're thinking: Enbridge's proposed Northern Gateway pipeline is an excellent example of the latter, but that isn't what I want to talk about (though I did manage to squeeze it in — ha!).

Nowhere are Rumsfeld's comments more apt than around the voodoo of avalanches. Here, KKs are a crucible of weather history, snow profiles and terrain that combine to yield hazard ratings; KUs comprise the probabilities associated with those ratings, potential avalanche triggers, how and when these might fire and, if they do and we're involved, a slew of behaviour/training/equipment issues. There are UUs, too, though what and how many are, well... unknown. Accidents are what bring most avalanche KUs and UUs to light, but dissection of tragedy and hard-won lessons aren't necessarily the only instructor. This season has been a case in point for me.

I have been recreating and working in avalanche terrain/conditions for almost 30 years. I've witnessed biggun's, been in a few small slides, and located and dug a heavily traumatized victim from one. That incident — inbounds at a ski area in Japan — delivered lessons aplenty about the rapidity with which temperature and snowfall can change avi conditions, the complacency of groupthink, and the reality of a for-real situation compared to a practice scenario. My friend was lucky that I stopped literally on top of him in the debris field, and found him fast enough to uncover with my hands because a) our shovels were in the lodge and b) I was too panicked to breathe, let alone switch my transceiver to receive, a simple, familiar process that suddenly became foreign. After that, however, I practiced regularly and got very comfortable with my "lucky" transceiver. I use it around Whistler and, when I go to cat- and heli-ops that make you use their beacons (a universally understood safety and liability precaution), I still carry my own in a pocket, knowing that, should need arise, I'll be able to search efficiently. I also carry my own pack containing a probe and shovel, as do all the folks I travel with, hoping we never have to use them. In other words, a combination of gear, experience and like-trained companions have lulled me into feeling prepared. On assignment with a film crew in the Interior before Christmas, however, that feeling faltered during the safety briefing at a heli-op, and my personal hierarchy of KKs, KUs and UUs surrounding avalanches began to rearrange.

To start, the guide made us pull out our probes and assemble them (the first time I'd seen this done); some of us had trouble and a few, like myself, discovered the probes that languished in our packs for years were either faulty or useless. I also found my hand-blade shovel non-optimal for the now-accepted, rotating delta formation of power shovelling. But a bigger problem arose during practice beacon searches: some of us got weird readings, the flux lines not making much sense. We seemed to get it sorted but then out in the field beacons were turning off or re-setting, and odd noises were heard over some of our radios. We suspected electronic interference, and took the precautions of trying to keep other devices the recommended 40 cm away from transceivers. Still, with all film and still photography equipment now so heavily computerized and often magnetic, it remained a worry.

On return, a friend sent me a paper from the recent 2012 International Snow Science Workshop in Anchorage, Alaska. "The Effect of External Interference on Avalanche Transceiver Functionality" confirmed that iPods, digital cameras, GPS devices, SPOT geo-locators and cell phones each reduced the effective search range in all beacon brands tested. If actual effective range is less than the normal effective range during a rescue scenario, large gaps might go unsearched. The study strongly recommended all electronic devices be turned off while searching with an avalanche transceiver. As a broader rule, it recommended turning off all devices besides transceivers while travelling in avie terrain.

When it comes to the KUs of avalanches, I'm happy to now have some more KKs in my camp: checked and updated gear that's fully functional; cellphones, radios, and cameras kept in a pack, and turned off until needed. Oh, and my friend also alerted me to this: my 18 year-old "lucky" beacon only has a shelf-life of 10 years before the signal starts to shrink and bend. That's another UU I can do without.