The ride of a lifetime

As a writer, sometimes you're fortunate enough to come across that rare story that's simply begging to be told. It practically bursts off the page with the same irrepressible force you had to corral in order to put pen to paper in the first place.
Jan 14, 2015 5:00 PM By: Brandon Barrett 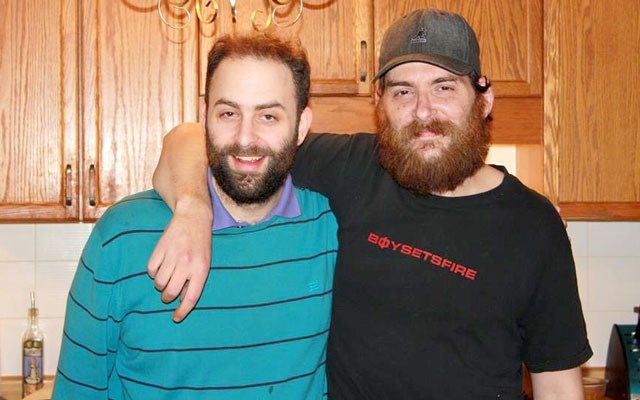 As a writer, sometimes you're fortunate enough to come across that rare story that's simply begging to be told. It practically bursts off the page with the same irrepressible force you had to corral in order to put pen to paper in the first place.

Other times, those same stories aren't as easy to tell. You push them down, way down, only to watch them gurgle up to the surface, bubbling over with an urgency that can't be denied any longer.

I have one of those stories, and today I am going to tell it.

It's a story I've been trying to tell in some form since a sunny late August day in 2013, when I was taking a pre-dawn flight to my hometown in Southern Ontario for my best friend's wedding, and some much-needed time outside the Whistler bubble.

I boarded the plane with the nervous anticipation usually only reserved for children, but would feel it sucked out of me the moment that 747 taxied its way into cell range. I checked my email as we approached the terminal, to find a message sitting there from my mom with no subject line.

Chad was dead. Found alone in his apartment. I sat there, staring incredulously at my phone, not daring to move an inch for fear it would somehow make the death of my brother a concrete reality. I wanted to go back up in the air, floating above the Earth at 30,000 feet, where nothing ever seems all that real. Then I cried. So hard that I was convinced that the cute girl next to me I had just spent five hours casually flirting with thought I was certifiably insane. I'm pretty sure she did.

At some point, and I couldn't really tell you when the exact moment was amidst all the shock and grief and anger one feels in the baffling aftermath of losing a loved one, I made a decision: I was going to feel everything that weekend.

I figured it was the only way to survive it all — the bachelor party, the lavish wedding I was MCing, the first post-breakup meeting with an ex I hadn't seen in 18 months, the funeral. It was a Six Flags' worth of emotional roller coasters, and I was goddamn ready for the ride.

And to be perfectly honest with you, I'm glad I was. It was a weekend like I've never experienced before or since. It was like the world had condensed a lifetime's worth of soaring highs and crushing lows into this bite-sized little package that left me feeling more human that any of my previous 26 years ever did.

But back in Whistler, and I was quickly back to my old ways, numbing my feelings however I could. I would jump from relationship to relationship, trying to fill the void with a level of intimacy I wasn't ready for. I gorged on fast food and mindless TV, and spent long days in bed. I became a spectator of my own life, absently drifting through the lonely days like a log in the current, bogged down by the sopping weight of my own narcissistic depression. I was slowly turning into Chad, I thought, a lifetime loner, who, by the time he turned 33 had spent the better part of his life wanting it to end, wishing mercifully for some sort of reprieve from the steady stream of devils in his head.

At his funeral, I was afraid nobody would show up. But I made a point of approaching every person I didn't recognize. There was the old girlfriend who sobbed in my arms. The ex-bandmate who bragged about Chad's drum skills. The gentle old lady who lived in his building and sparkled when recalling the times he'd come over for a bowl of soup, or to help care for her late husband while he battled a debilitating brain tumour. I learned how much Chad was loved by everyone around him, except by the one person who mattered most.