The Valley Trail is for everybody— but not e-bikes

At its best, the Valley Trail is a well-designed, multi-use trail that accommodates the needs of both cyclists and pedestrians. And up until recently, it has worked out well, with both user groups striking a delicate balance.
Jul 12, 2019 2:00 AM By: Joel Barde 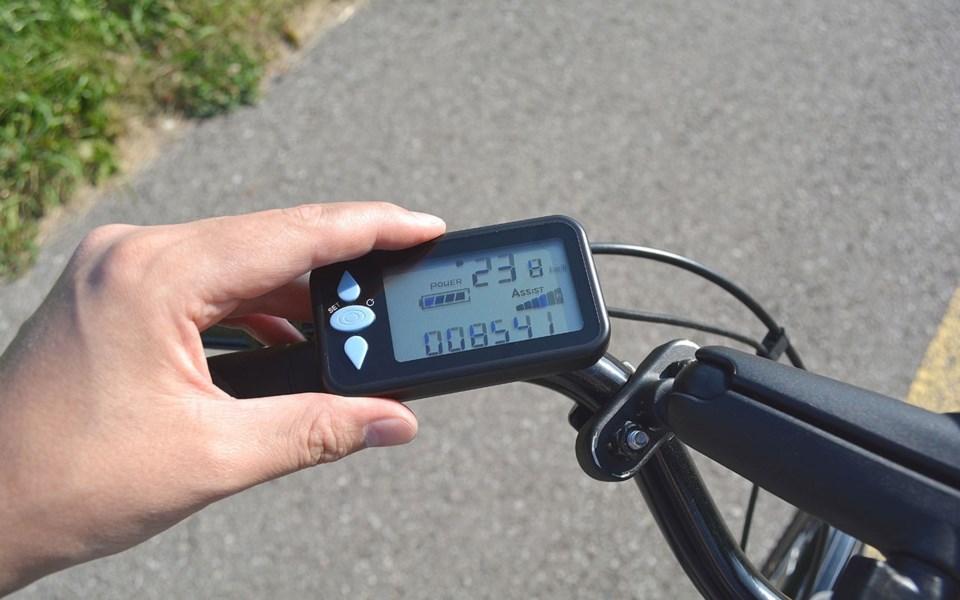 At its best, the Valley Trail is a well-designed, multi-use trail that accommodates the needs of both cyclists and pedestrians.

And up until recently, it has worked out well, with both user groups striking a delicate balance.

Yet regular walkers and runners will recognize that that balance increasingly feels out of whack.

The advent of e-bikes—which are significantly heavier, and (most often) run far faster than pedal bikes on flats—has thrown things out of balance.

On more than one occasion, I've found myself darting off the trail as an e-bike silently ripped past me at dusk, grateful that the heavy machine didn't slam into me.

Unlike many Whistlerites, I didn't, until recently, have particularly strong feelings towards e-bikes.

I haven't cross-country mountain biked in years, so the damage that they do to trails—according to some—is far from my mind.

In fact, I can actually fully appreciate the appeal of them. Going up hill (for most of us) sucks, and the e-bikes facilitate a far more ecologically friendly form of transportation than driving.

I just don't think they necessarily belong on the Valley Trail, which is increasingly starting to feel like the Valley Highway.

This week, Whistler council got a look at the proposed e-bike policy that staff has been diligently working on.

And while it has some positive elements—such as keeping e-bikes out of the high alpine out of concern for a recovering grizzly bear population—the policy, overall, fails to properly grapple with the public safety risk they pose.

Under the proposed policy, Class 1 e-bikes, which are equipped with a motor that provides assistance only when a rider is pedalling and ceases operation once a bike reaches 32 kilometres an hour, will be permitted on the Valley Trail—as well as other mountain bike trails managed by the RMOW and the Whistler Off Road Cycling Association (with the exception of those located above the Flank Trail on Sproatt and Rainbow Mountains.)

Other e-bikes, with higher top speeds and no requirement for pedalling (is this not an e-scooter at this point?), will be prohibited.

Yet the draft policy is clear that staff is not ready to step in and actually regulate their use.

It, instead, aims to garner a "high level of voluntary compliance" through signage.

"The policy recommends adopting signage to let users know that the Valley Trail is a recreational multi-use trail used by a wide range of ages, abilities and user types, as well as a key attraction for visitors, and is not a dedicated bicycle commuter network," it reads.

What's more, the policy explicitly recommends against speed limits—a sensible measure that could, with a rejigging of existing bylaws, give the municipalities some enforcement options.

According to the RMOW, speeding wasn't identified as an issue during a safety review process and the "built form" of the trail "limits the speed to an acceptable level."

Tell that to the person whose tranquil walk is interrupted by a gang of tourists on e-bike rentals! The liability risk alone should prompt staff to develop some more sensible options for council to consider.

What's clear is that little is known about the safety risk of e-bikes.

Last summer, a woman was killed after she was hit by an e-bike in east London, prompting a larger discussion on e-bike policy. And recent figures from the Netherlands—where the sale of e-bikes now outpace regular bikes—show a troubling increase in e-bike related tragedies, particularly among older, male riders.

Sales of the bikes are on the rise, and will only continue to grow as prices drop.

And while that should be celebrated, local policy should reckon with the issues they pose to Valley Trail users.