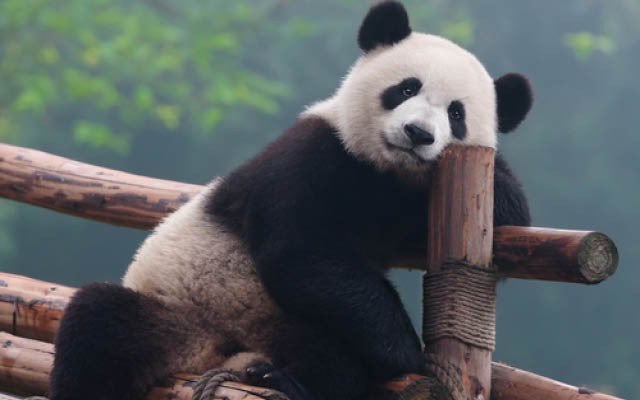 Greetings from Sudbury, Ontario, where I’m attending a first-of-its-kind symposium called Thinking Extinction. It’s not a terribly happy gathering, but it is interesting. The idea was to bring together leading thinkers, researchers, scientists — even artists — from Canada, the U.S., Australia and New Zealand to address a range of approaches to the burgeoning crisis of mass extinction.

In case you didn’t know, along with climate change, ocean acidification, and invasive species, the sixth great extinction in Earth’s history now underway is a marquee phenomena of the Anthropocene (the aptly named current geological epoch referencing a human-altered lithosphere — the earth’s surface). With current extinctions running at about 1,000 times the background level apparent in the fossil record, and much human time and money directed toward meliorating this global disaster, many aspects of endangered species conservation have made their way into public discussions in which the intersection of science, ethics, politics and economics is clear. I didn’t immediately think this related to Harper’s pandas.

“The innovative aspect of our symposium is that it brings the humanities into what is typically treated as a scientific discussion,” said Laurentian University professor and Canada Research Chair in Applied Evolutionary Ecology, Albrecht Schulte-Hostedde. “This approach recognizes that all of us are facing fundamental questions about our role in protecting the diversity of species on this planet, and we hope the symposium will add new dimensions to the conversation.”

Scientific issues like captive breeding and the role of emerging DNA technologies in the propagation and reintroduction of endangered species, the impacts of endangered species protection on local communities, the effects of local cultures on endangered species laws, or how “science-based” Canada’s Species at Risk Act assessments might be, were in turn viewed through philosophical lenses such as freedom and the appropriation of nature, the idea of some animals being more equal than others, the ethopolitics of extinction, and even the role of the well-known photographic trope of “last animal.”

So far, challenges inherent in this science-philosophy duality have been best personified by two titles. Dr. Bridget Stutchbury, biology professor at Toronto’s York University, presented “Triage, Intensive Care, and Emergency Rooms: How Useful are Medical Metaphors for Conservation Decisions?” She discussed how the imminent “death” of many species combined with limited resources has led the field toward medical metaphors like “conservation triage” as a framework for making decisions (developed in mass casualty situations, triage is the process used to determine the priority of a patients’ treatment based on the severity of their condition). In other words, some are now prepared to allow the most fragile, conservation-reliant species to go extinct so that scarce resources can be diverted to other species.

Should they? In “The Ethics of Reviving Long Extinct Species,” Ronald Sandler, professor of philosophy and director of the Ethics Institute at Northeastern University, assessed ethical considerations both in favour of pursuing genetically engineered de-extinction (that it’s a matter of restorative justice; that it would re-establish lost value; that it would create new value; its need as a conservation last resort) and those against (that it’s unnatural; that it could cause animal suffering; that it could be ecologically problematic or detrimental to human health). Both authors raised the same spectre: that acceptable or not, and whether abandoning a species to its fate or re-creating a once extinct form, any such highly hubristic activity essentially adds up to “playing god.”

In reality, this phrase defines the symposium’s most germane thread: the scientific and philosophical considerations surrounding the activities which have created the extinction problem and how these dovetail into those being proposed to address it.

In keeping with the gathering’s unique timbre, several special events have put flesh on what might otherwise have been dry bones. Thursday featured an evening session with Margaret Atwood at Science North. The film, Awaiting Atwood was screened followed by Atwood discussing themes from her latest novel, MaddAddam (2013), final volume in a three-book “extinction series” that began with the Man-Booker prize-nominated Oryx and Crake (2003) and continued with The Year of the Flood (2009). A roundtable on Friday morning, “The Future of Endangered Species: Conservation, Biodiversity, (De) Extinction,” featured Atwood in conversation with author Graeme Gibson, and scientist/philosophers Stuart Pimm, Gaby Mastromonaco, James Maclaurin, Ronald Sandler, and Bridget Stutchbury.

Friday night also saw a plenary presentation, open to the public and set in a cavernous church, with Stuart Pimm, Professor of Conservation Ecology at Duke University. During “Extinctions: When, Where, How Fast, and What We Can Do To Stop Them,” a packed house watched as Pimm threw up map after map showing how deforestation contributes 15 per cent of annual global carbon emissions — more than all the cars and trucks on the planet combined. But lest any in the audience felt smug for not contributing directly to the tropical destruction, Pimm reminded us that there is a special place in carbon hell reserved for Canada, whose boreal forest accounts for more of the global carbon stock than tropical forests, and vast acreages of which have disappeared from northern Alberta since 2006.

That’s when I realized we were talking about Harper’s pandas after all.