I jump at every tickle on my skin. My scalp tingles under my hat. I have the constant feeling that something's crawling up my leg.
May 8, 2013 9:00 PM By: Leslie Anthony 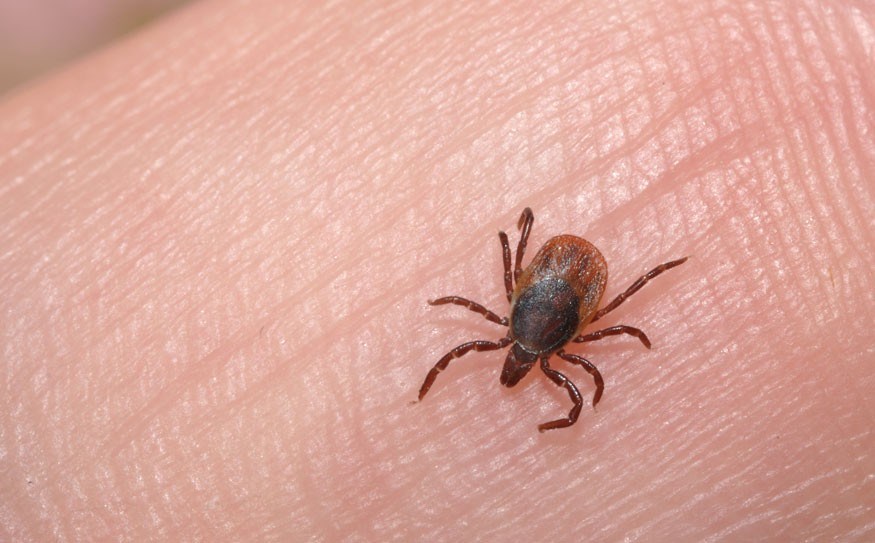 I jump at every tickle on my skin. My scalp tingles under my hat. I have the constant feeling that something's crawling up my leg. And though these sensations can be variously traced to benign agents like dry skin, stray threads, or nothing at all, they are very real. A case of delusional parasitosis? Hardly. This is bona fide acaraphobia.

Officially, acaraphobia is "the fear of small bugs that cause itching skin," however, it's no coincidence that the word's root is shared with order Acarina — mites and ticks. The latter, in fact, are what have me scurrying to public restrooms, lifting my shirt and straining to see my back in the mirror.

I come by this paranoia honestly. Conducting biological work on the springtime hillsides of Pemberton, dozens of ticks have found their way onto my well-worn field pants. Though most were summarily flicked into oblivion, several persisted in finding their way to a meal. In the past couple weeks I've excavated six of the little bastards — heads buried, legs waving — from my back, armpit, inner leg, and scrotum (an inspired choice, given the blood supply); I intercepted another crawling over my chest while reading in bed.

And though most people manifest acarphobia with far less provocation, another factor has propelled mine to the acute. As I've suffered these unwelcome skinvasions, I coincidentally read about them. The one strolling across my pecs appeared halfway through David Quammen's book, Spillover, about animal diseases that make the leap to humans, in which ticks figure prominently. And just days ago, Outside published "The Rise of the Tick," summarizing how these insidious creatures have become the world's scariest pathogen purveyors. While many diseases are discussed, in both exposés, you won't be surprised to hear, the focus is Lyme disease.

Discovered near the eponymous Connecticut town in the late `70s, Lyme is the most common tick-borne disease in North America. Caused by the bacteria Borrelia burgdorferi, it can lead to serious, long-term problems, making early diagnosis and antibiotic treatment essential. Since then, the disease has spread relentlessly; today, Lyme occurs from California to Virginia and across southern Canada. And while 38,000 are diagnosed each year in the U.S., Canada's 50 annual cases likely represent underreporting. Especially since the tick responsible, Ixodes scapularis, benefits from climate warming and other anthropogenic factors.

Ticks are born free of Borrelia; they acquire it from a reservoir host. Thus, all three blood-sucking life-stages — larvae, nymphs and adults — can carry the pathogen. And more, as Outside points out: "Ticks are champions at spreading diseases, expanding in both poor countries and rich ones, and delivering an extraordinary menagerie of bacteria, protozoans, and viruses. In a 2010 report on the dangers of ticks, the... National Academy of Sciences, declared the animals, with what sounds almost like admiration, 'the Swiss Army knife of disease vectors.'"

Evolutionarily, ticks have had time to get it right: around 300 million years. The thousand or so species now found on every continent — including Antarctica — differ in size, shape, and color but not in the way they feed. When a tick latches onto a host, it finds a blood vessel close to the surface, cuts through the skin, inserts its barbed, tube-shaped mouthpart, secretes a "magic-potion" saliva containing anticoagulent, analgesic, and antihistamine (the reason you often don't feel them), and, over the course of a few days drinking, swells to many times its original size before dropping off. That's some serious acaraphobia right there.

When Lyme disease was first traced to black-legged (deer) ticks, the solution offered was to cull the deer that were populating abandoned farmland like weeds. But it didn't work. Why? Adult black-legged ticks prefer deer, but larva and nymphs need small mammals like mice. Historically, tick and infection prevalence would have been moderated by natural control of these hosts. Mouse-scarfing foxes originally coexisted with wolves in North America, but once wolves were eradicated, coyotes — which kill or scare off foxes — took their place. Without foxes, mice populations explode, feeding a growing horde of ticks and their pathogens. Thus, our growing tick problem — and Lyme disease — is an effect of ecosystem alteration.

And there's more: a widespread invasive plant — Japanese barberry — is creating the humid conditions that let ticks thrive. In a Connecticut study, barberry-dominated sites contained 140 infected ticks per acre; in places cleared of barberry, only 10. Overlay Lyme disease data with a map showing distribution of Japanese barberry and it lines up horrifyingly well — another anthropogenic ecosystem-level effect.

Research on Lyme disease in B.C. suggests a real, but low, risk of contracting the illness. Less than one per cent of 3,500 mice screened in a B.C. study were infected with Borrelia, whose prevalence in the preferred tick host (I. pacificus) was also less than half a per cent. Meanwhile, B.C.'s most common tick, Dermacentor andersoni, isn't a competent vector. That's why, despite having once suffered gravely from a tick-borne illness (typhus — acquired on a climbing trip in Mexico), my paranoia isn't over Lyme disease itself, but the sneaky, blood-seeking carriers that make your skin crawl. Because let's face it — ticks suck.