On one hand, Facebook is a proven time-waster packed with ridiculousness, false news and the trivial machinations of friends. On the other, it occasionally lives up to its raison d'être of creating community and conversation.
Jan 25, 2017 5:00 PM By: Leslie Anthony 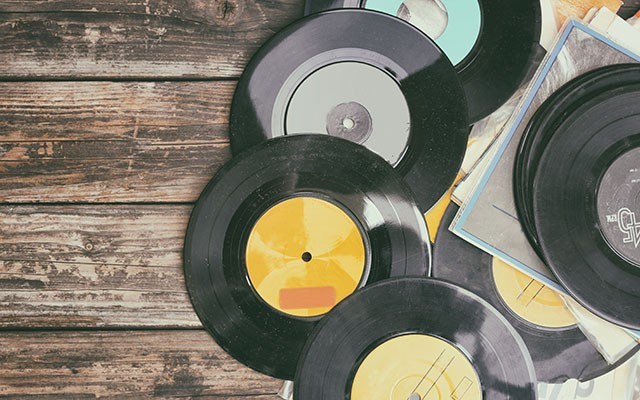 On one hand, Facebook is a proven time-waster packed with ridiculousness, false news and the trivial machinations of friends. On the other, it occasionally lives up to its raison d'être of creating community and conversation. Most of my FB time involves boning up on industrial and political malfeasance, but once in a rare while I'm sucked into the Funtex. As with a recent entreat to pick the Top 10 albums that influenced you in high school. This was both intriguing and difficult. Not just because it's a long way back, but because I grew up in the era of what radio stations now call "classic rock" — requiring some heavy winnowing. But thinking about the precise influence of each choice was itself ultimately informative of my later tastes.

1. When The Who released Tommy they shattered the rock mould they'd already cracked with The Who Sell Out, bringing storytelling, musicianship, acoustic brilliance, occasional French horn, and operatic leitmotifs (the "See me, feel me, touch me, heel me" couplet and oft-repeated scale-strumming riff of "Pinball Wizard" come to mind). Tommy influenced the band as much as its audience, leading to further concept projects like the failed Lifehouse — whose fragments were reassembled into the landmark Who's Next — and Quadrophenia, another underappreciated masterpiece.

2. The Stones' Exile on Main Street is a gritty, rock-blues crucible of stripped-down awesomeness miraculously conceived while the band was holed up in a rented mansion in France, on the dodge from Britain's taxman with Keith Richards strung out on heroin. The album is an essential reflection of these circumstance, the very ethos of the blues the band long channelled in their music.

5. I already loved Jethro Tull's powerful Aqualung, but it was Thick as a Brick — a poem set to music over both sides of an album — that stuck with me as a paean to a fully integrated art-piece of words, music, graphics (the cover) and performance. It was intellectual vocalist/flautist Ian Anderson's ultimate visual and musical throw to troubadours and balladeers.

6. The dots of folk-rock-folk history all connected when Bob Dylan teamed up with The Band on Before the Flood, an epic live tour I saw in Toronto that led backward and forward in musical time with its litany of guest appearances by rock-royalty friends Ronnie Hawkins, Joni Mitchell, Joan Baez and Gordon Lightfoot.

7. Speaking of Lightfoot, the phenomenal Gord's Gold easily made the cut with a song list that includes "In the Early Morning Rain," "If you could Read my Mind" and "Canadian Railroad Trilogy."

8. To this day, Pink Floyd's Dark Side of the Moon blows my mind. I listen to it driving back to Whistler at night; there are no accompanying black-light posters, but glowing highway lines are a good substitute.

9. In 1975, the airwaves swelled with the spine-tingling voice of Heart's Nancy Wilson. Dreamboat Annie was a genuine "Wow" of a debut. Inspired by the likes of Jefferson Airplane and Led Zeppelin, Heart plied the forefront of a new wave of power rock, and my addiction to this album drove my first-year university roommates bonkers. It was also made in Vancouver, sparking a first inkling of wanting to go there.

10. Lighthouse Live. This Toronto band may have been the start of a weird Canadian rock/jazz 10-piece tradition, and their Carnegie Hall album was also a stand-in for my love of Canuck bands of the time like Crowbar, Foot in Coldwater, and Max Webster. Radio staples like "One Fine Morning" and the historical drama "1849" helped fuel an identity with the land fleshed out by Lightfoot, The Guess Who and The Tragically Hip. "Here's some cats from Canada — and you know... we all feel pretty good about Canada," says an MC to applause on the album's introduction. And that made me feel pretty good about my country, too.